Monika Wilson has lost 1.37 kilograms a week, relentlessly over the last four months.

Since November 30, she's shed 23.5 kilograms – and counting. She likes to say that's the same weight as her two nieces together, one under each arm. 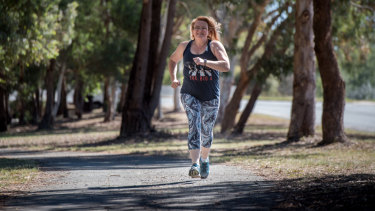 On that date, she made a resolution and she's stuck to it through thick and thin – and even thinner.

But there's no magic diet – it's more a whole change of attitude and lifestyle.

On the same day four months ago that she decided to sort her weight out, she also puffed on her last cigarette. 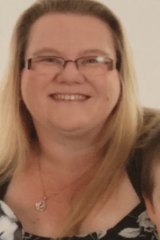 The trigger for her personal revolution was a finger-wagging from the doctor.  "My blood pressure had gone through the roof."

And so had her weight at 110 kilograms so she decided to do something about it.

Her regime now is tough: a combination of runs on the road and the gym most days, sometimes pushing her three-year-old son, Ollie, on his toddler-bike; the Korean martial art of taikwondo on Tuesdays and Thursdays.

And every moment of the day, a careful watch on food. "It's what goes in your mouth that counts," she said.

A typical diet for a day would be:

On her 41st birthday the other day, she pushed the boat out and had a small piece of chocolate cake.

She's cut out sugar in coffee – it used to be two spoons to a cup.

And she's now an obsessive runner.

The first time she ventured out, it took her 45 minutes to run – or fast walk – for three kilometres. Now she does it in 19 minutes and 40 seconds (Monika is a measurer – she keeps a record of her weight loss and her running times). In The Canberra Times Australian Running Festival, she aims to complete five kilometres.

The result of new regime? "I feel fabulous. I feel amazing."

Her husband, Michael, is happy, too. "He thinks he's got a new wife!"

So what's the formula? 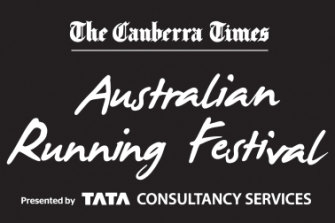 The Canberra Times Australian Running Festival, presented by Tata Consultancy Services, will be held from April 13 to 14.

It's also about eating better food – wholesome food rather than processed, packet stuff.

Even though she thinks calories is the key, exercise helps keep the body toned and the muscles firm. "You can lose weight with just food but you're going to sag."

Her heart muscle is firmer so her pulse has gone from 70 beats a minute to a better than normal 48.

She has cut out snacking. If she craves food, she drinks water to try to ease the desire and then waits for 15 minutes to see if the craving has gone. If not, she might eat a bit of a banana or carrot. There is will-power involved.

She has two nieces and the weight she has lost is the equivalent of their weight, and that's an indication of the scale of the burden removed from her body by her will-power and hard slog.

And she feels better. She has lost nearly a metre off her dimensions – 72.5 centimetres to be exact (she's measured the total loss from her waist, arms, thighs, bust and neck).

She balks at the word "diet". "It's not about being on a diet. It's about making the right choices – putting the right things in your mouth – whole food not processed.

"It's about not sitting down with a packet of Tim Tams and eating the whole lot."

Her will-power – unlike her new, slim-line body – is immense and so is the respect her family show her for her effort.

The Canberra Times Australian Running Festival, presented by Tata Consultancy Services, will be held on April 13-14. To register go to runningfestival.com.au.