A dental nurse who had her hip reconstructed at just 20 years old claims her grandfather is supporting her through her recovery.

Ayla Winter-White, from Ascot in Berkshire, was diagnosed with developmental dysplasia of the hip in 2017 after dismissing her discomfort as ‘growing pain’ for years.

Struggling to walk, Miss Winter-White went under the knife on July 23 to have her left hip reconstructed.

Her grandfather and ‘knight in shining armour’, known only as Keith, has been ‘helping’ while she recovers.

An adorable video of Keith, 82, painting his granddaughter’s nails even went viral, attracting a million likes on Twitter and more than 207,000 retweets. 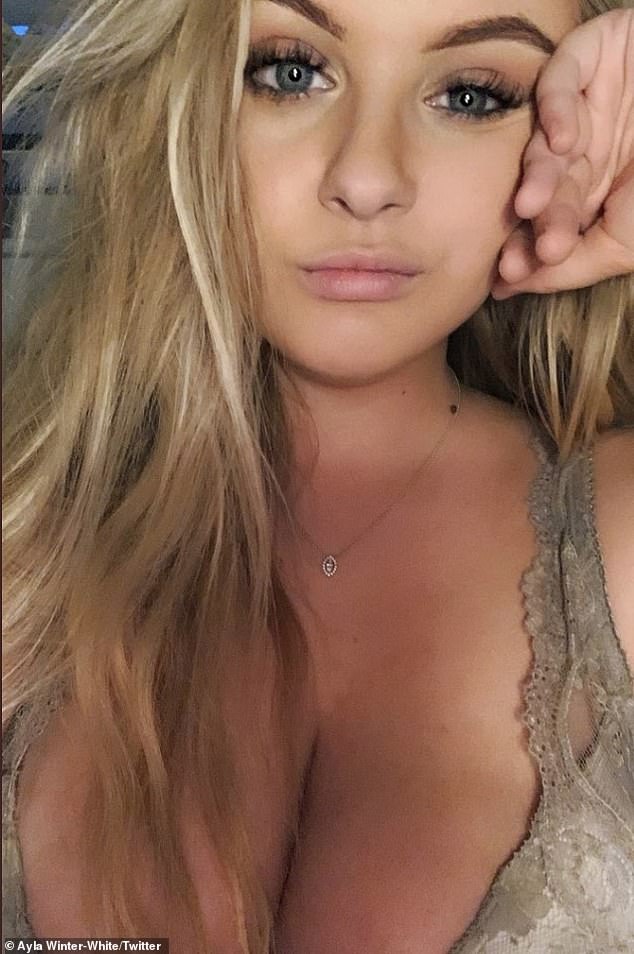 Ayla Winter-White (pictured) had her left hip reconstructed on July 23 after being diagnosed with developmental dysplasia of the hip in 2017. This left the dental nurse struggling to walk 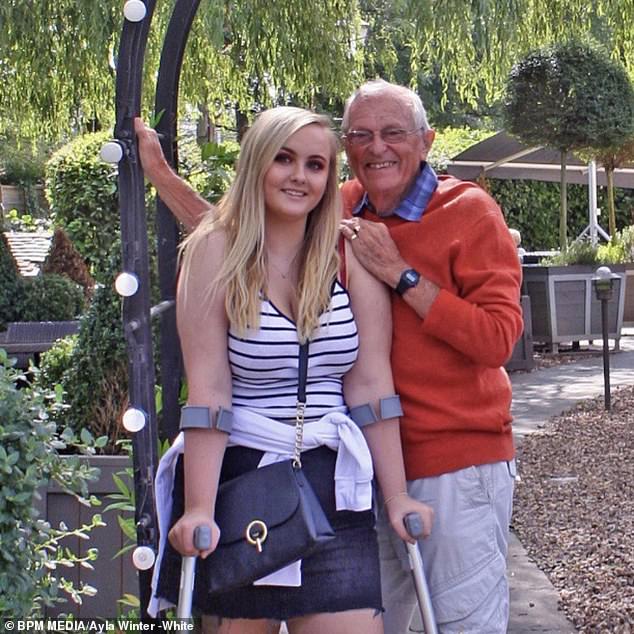 While she recovers, her grandfather Keith (pictured together) has been offering his support

Speaking of her condition, Miss Winter-White said: ‘It’s something I was born with. When I was younger I just thought I was having growing pains as I was growing up.

‘Doctors finally diagnosed it as congenital hip disclosure in 2017. I had to Google it to find out what it was, it’s quite difficult to find anything out about it.’

Miss Winter-White claims the painful condition left her struggling to walk or spend time with friends.

‘It was hard,’ she said. ‘I wasn’t able to go out socially much or do anything really. ‘[My hip] gets very clicky.’

After learning how a hip reconstruction could ease her pain, Miss Winter-White had the surgery last July. It is unclear what specific procedure she had.

Hip reconstruction may describe a replacement – where the damaged joint surface is removed and replaced with an artificial implant – or resurfacing – when the femoral head is trimmed and capped with a smooth metal cover.

It can also be a hip osteotomy – when the damaged bone is cut, reshaped and fixed in a new position.

While she recovers, she is relying on her grandfather to lend a hand.

‘He has had two hip replacements, I think, so he knows what it’s like,’ Miss Winter-White said.

‘He came over and he spoke to me about it and gave me a litter picker so I could pick things up from the floor. He’s just been helping me really.’ 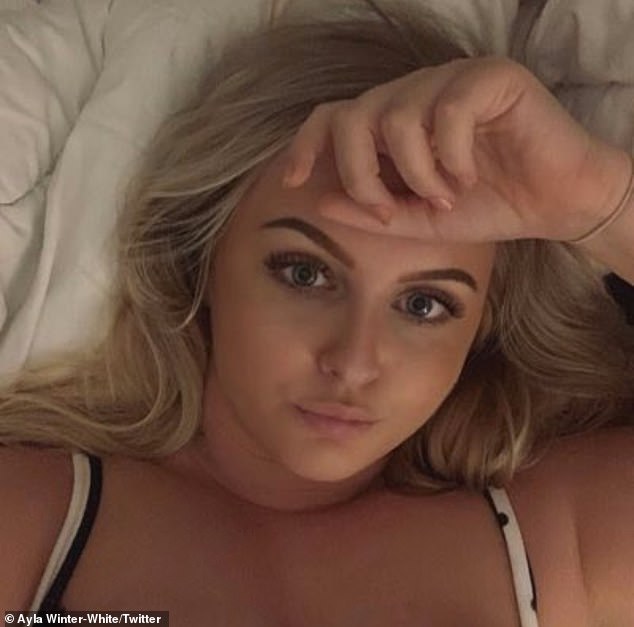 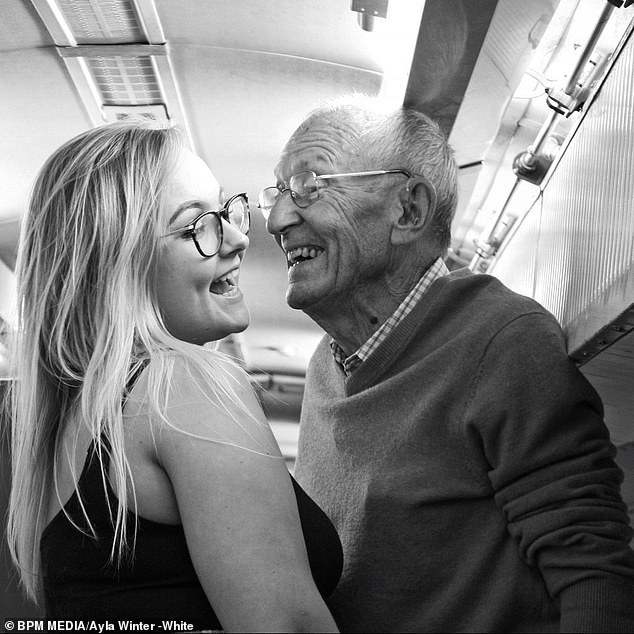 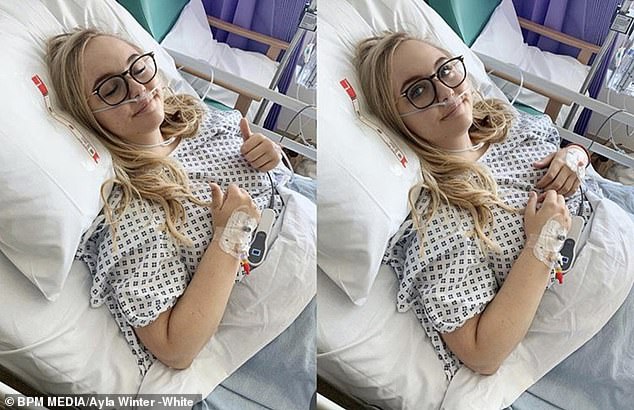 Pictured after the surgery, she hopes the procedure will help to ease some of her pain

Last month, Miss Winter-White posted a video online of her grandfather painting her nails, with the caption ‘the love of my actual life’.

In the video, Keith said: ‘I’ve got an important job at the moment’ before asking his granddaughter, ‘How many coats do you have on?’

Miss Winter-White claims her grandfather ‘wanted to make her feel better’ and had been painting her grandmother Margaret’s nails for 30 years.

‘He used to do it for my nan because she had arthiritis,’ Miss Winter-White said. ‘I was so surprised when he did it for me, I didn’t ask him to or anything.

‘He really is my knight in shining armour.’ 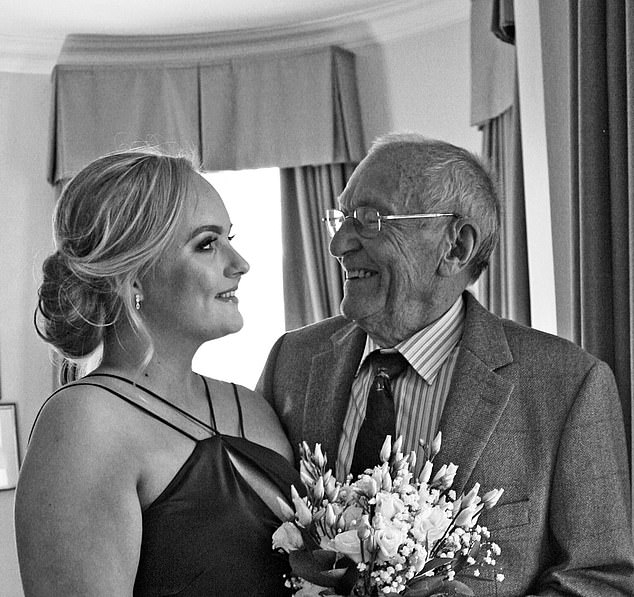 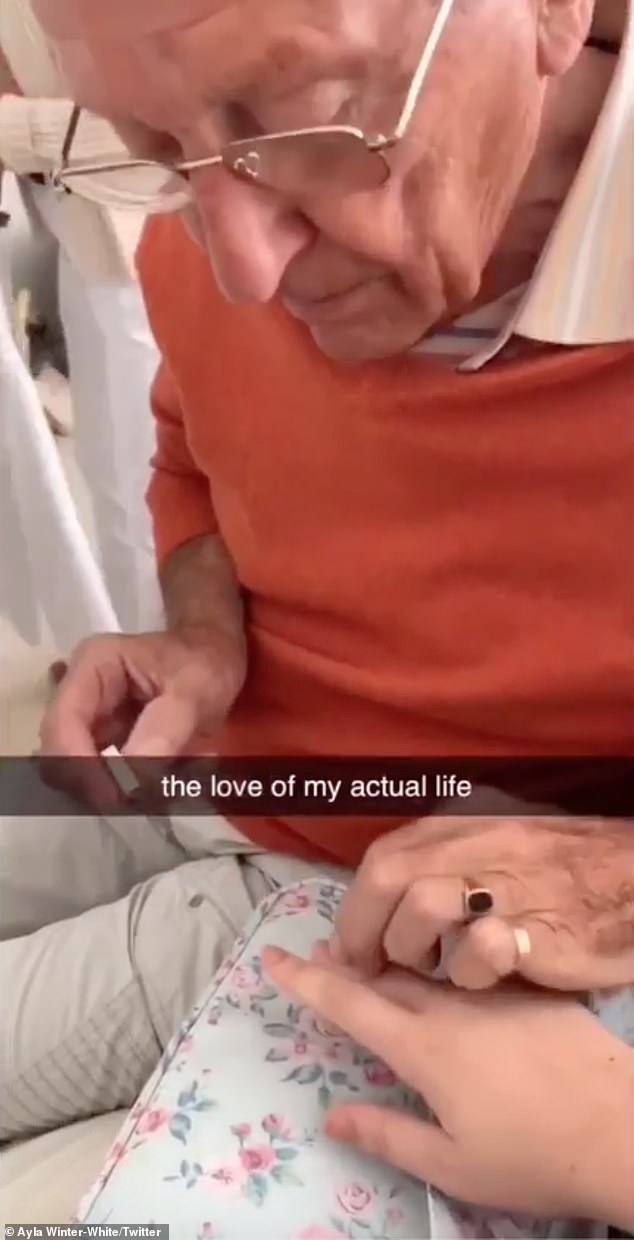 An adorable video of Keith painting his granddaughter’s nails in August even went viral, attracting a million likes on Twitter and more than 207,000 retweets 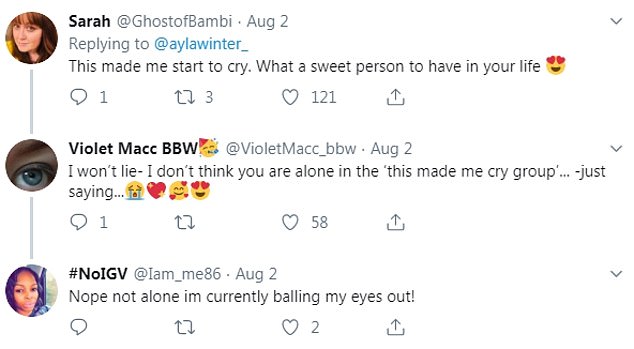 Twitter users were moved by Keith’s gesture, with one calling it ‘the cutest thing’

WHAT IS DEVELOPMENTAL DYSPLASIA OF THE HIP?

Developmental dysplasia of the hip (DDH) occurs when the ball and socket joint does not form properly in babies and young children.

The hip joint connects the thigh bone, or femur, to the pelvis. The top of the femur is ball shaped and sits inside the cup-shaped hip socket.

In DDH, the hip socket is too shallow and the femoral head is not held tightly in place. This causes the hip joint to be loose. In severe cases, it can dislocate.

DDH can affect one or both hips. It is more common in the left hip, as well as in girls and firstborn children.

One or two in every 1,000 babies have DDH that requires treatment.

This may include a fabric splint, called a Pavlik harness, which secures the hips in a stable position so they can grow normally.

If this does not work, or the child is over six months at the time of diagnosis, surgery may be required to place the ball of the femur in the hip socket.

Left untreated, DDH can cause patients to develop a limp, hip pain or oestoarthritis.