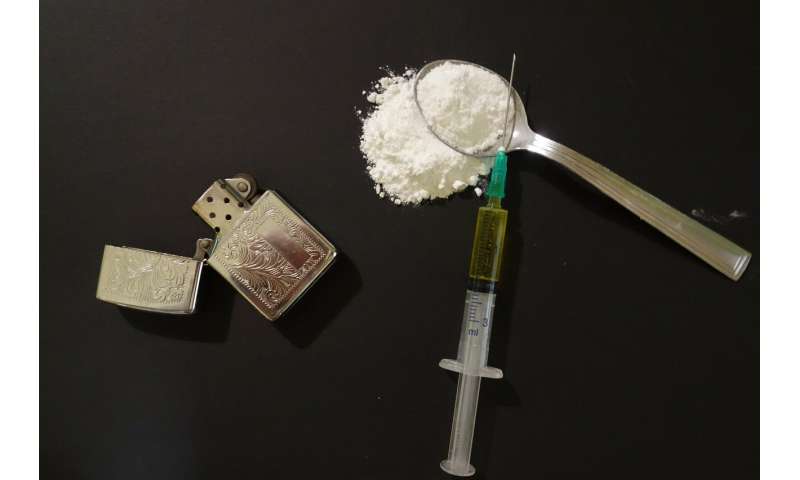 A minority of people who use illicit opioids indicated a preference for fentanyl, the super-potent synthetic opioid that accounts for much of the recent rise in U.S. overdose deaths, according to a new study led by researchers at the Johns Hopkins Bloomberg School of Public Health.

The study, based on surveys of 308 people who use opioids in Baltimore, Maryland; Boston, Massachusetts and Providence, Rhode Island, found that 27 percent indicated a preference for opioids containing fentanyl, and that people who prefer fentanyl are more likely to be younger, white, and daily users. The median age of those who prefer fentanyl was 38 years compared to 45 years for those who don’t prefer fentanyl. Fifty-nine percent of fentanyl preferers identified as non-Hispanic white, compared to only 29 percent among the non-preferers.

The study, published online in the journal Drug and Alcohol Independence, is thought to be the first to characterize fentanyl-preferring opioid users.

“These findings will help us think about how best to target interventions to prevent opioid overdoses,” says study senior author Susan Sherman, Ph.D., professor in the Department of Health, Behavior and Society at the Bloomberg School. “Preference for fentanyl for a minority of participants likely reflects the fact that in their street opioid markets, fentanyl-containing products are all they’ve known and used.”

The opioid crisis in the U.S. includes an epidemic of overdose deaths, which reached about 70,000 in 2017, compared to fewer than 17,000 overdose deaths in 1999. Synthetic opioids, which mostly include fentanyl and related compounds, have been a leading factor in these fatal overdoses; deaths in this category jumped from 3,105 in 2013 to 20,145 in 2016.

The crisis has prompted public health researchers to consider how best to reduce these fatal overdoses. As part of that broad effort, Sherman and collaborating researchers in 2017 initiated a study called FORECAST (Fentanyl Overdose Reduction Checking Analysis Study). A key goal of the study was understanding participants’ experiences with overdose, including their interest in drug checking, a harm reduction service that screens street drugs. Another study goal was to illuminate the characteristics associated with fentanyl preference as fentanyl use is strongly associated with a risk of fatal overdose.

The new study, fielded in the summer of 2017, was based on the responses of 308 street users who said that they had used illicit opioids in the previous six months. Of these users, 27 percent indicated that they “somewhat agreed” or “strongly agreed” with the statement “I prefer drugs with fentanyl in them.”

Those preferring fentanyl also reported using opioids more frequently. About 92 percent of the fentanyl-preferring users reported daily drug use, compared to 76 percent of the fentanyl-non-preferring users. Among daily users, rates of fentanyl use did not change between people who prefer it and those who do not, implying that fentanyl is already present in the drug supply rather than being generally sought out. Moreover, fentanyl-preferring users more often (31.3 percent) than non-preferring users (17.3 percent) reported having overdosed more than a year prior to the survey. “The difference in recent overdose could reflect the fact that a higher percentage of those who overdosed in the past year experienced a fatal one,” Sherman says.

She and her colleagues suggest that the younger, whiter profile of users who prefer fentanyl points to the dominance of fentanyl in the northeastern regional markets where these users have been buying opioids, particularly in recent years. The researchers also suspect that people who are more likely to have used opioid medications may find a similar effect with fentanyl-adulterated heroin.

Sherman and colleagues recommend that harm-reduction strategies to prevent overdoses should target users who fit the profile suggested by the study results. One intervention: portable “drug checking” technologies that allow individuals to test street drugs for fentanyl content before users consume them.