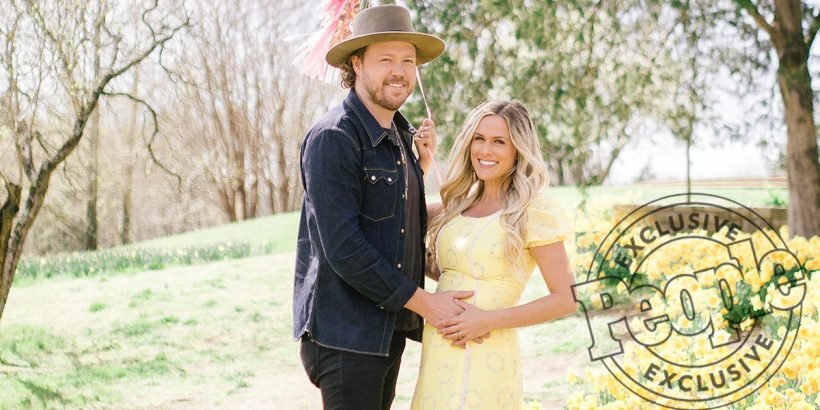 Caroline and Michael Hobby are going to be parents!

PEOPLE exclusively confirms that the A Thousand Horses’ lead singer and his wife of nearly five years are expecting their first child — a baby girl! — in early September.

“We’re almost halfway there. We’re at 19-20 weeks right now. I feel so great but the first trimester I felt queasy and nauseous, just so exhausted,” the mom-to-be says. “The second trimester has been like a dream. It’s been awesome and we’re really just excited to be pregnant. We’re so grateful to have a baby girl coming soon!”

And the couple reveals they found out about the pregnancy on a special holiday.

“We were actually at Caroline’s sister’s house in Austin over Christmas. We’ve been trying for a while so it wasn’t a surprise but Caroline just had that sixth sense of ‘I think I’m pregnant.’ She came out of the bathroom, we were all in the kitchen, and she announced it,” Michael says.

“It was quite the Christmas present,” Caroline adds.

The country star and his longtime love, who plan to celebrate with a baby shower this summer, couldn’t be more excited about parenthood.

“I personally am so excited it’s a girl and I’m so excited because I know Michael is going to be pure mush, which I cannot wait to see. I’m really looking forward to seeing him just melt when she’s born,” Caroline says.

“I feel pretty much everything, I’m really excited. I was the youngest of four boys and we always had boys in our family so to have a little girl is going to be a big change for me,” Michael shares. “I’m excited, I had friends who have little girls text me and said I’m pretty much toast, it’s all over. We’re thrilled.”

The parents-to-be have already received a gift from another country couple who is expecting: Florida Georgia Line‘s Tyler Hubbard!

“We got these little headphones that Hayley and Tyler Hubbard gave to us. They stick on the belly and you can play music,” Michael says. “I played her Tom Petty’s ‘Wildflowers,’ that was the first song. Trying to get her off on a good start.”

With a baby on the way, the musician has been inspired to create new material not just for the band, but also his daughter.

“Michael plays her a bunch of songs with the guitar and sings to her. And he accidentally wrote her a whole song so he’s already written her a song. The baby has sparked a lot of creativity in Michael,” Caroline says.

“It’s different emotions and definitely inspiring. It’s been awesome to feel and for the first time and this being our first child, it’s pretty emotional in a great way,” says Michael of his new muse.

As they continue to prep for their baby girl’s arrival, (“We still need to build the crib at some point,” he says), one thing they won’t need to figure out is her name.

“We have a name picked,” Michael reveals, adding, “We got one pretty solid that we’re excited about.”