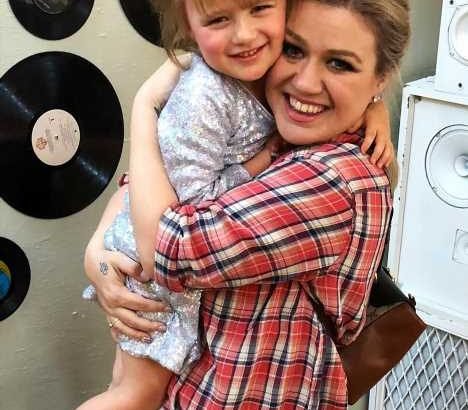 River Rose might not let this one go anytime soon.

In an interview with Entertainment Tonight about her upcoming film UglyDolls, Kelly Clarkson recalled a recent conversation with her 4½-year-old daughter in which she tried to explain the mechanics behind voicing an animated character. But the lesson ended up backfiring in a big way.

“I was explaining to her, because she was confused, and I said, ‘It’s my voice. Like, you know, like how Elsa and Anna, there’s a person that plays Elsa and Anna?’ And I didn’t get what I was doing!” said the singer and Voice coach, 36.

“I pretty much crushed her dreams,” Clarkson admitted. “I didn’t really realize what I was doing.”

“But she’s very clever. She would’ve figured it out, after finding out that I’m [a voice in UglyDolls],” Clarkson insisted of her older child, joking, “I’m justifying it to make myself feel better.”

The initial moment of realization was still a difficult one for the mother of two, though, who told the outlet she “felt horrible” about muddling the fantasy a bit for River.

“I saw her little face, and I just saw the wheels spinning and I was like, ‘Oh no! … But isn’t it exciting that you can meet the real girl that plays Elsa?’ ” she recounted to ET. “I was like, ‘Let’s flip this into a positive!’ It was so sad.”

Despite the slight parenting snafu, River and her little brother Remington “Remy” Alexander have had a fair share of Disney magic in their lives, even visiting Disneyland to celebrate Remy’s second birthday last year. (The little guy turned 3 this past Friday.)

And River is a big fan of one of the parks’ characters in particular: Gaston, from Beauty and the Beast — much to her mother’s chagrin.

“Oh great so she’s into bad boys at the age of 3 this should be fun #Disneyland,” Clarkson hilariously captioned a January 2018 snapshot of River staring lovingly into the villain’s eyes in front of Cinderella Castle.

UglyDolls opens in theaters on May 3.