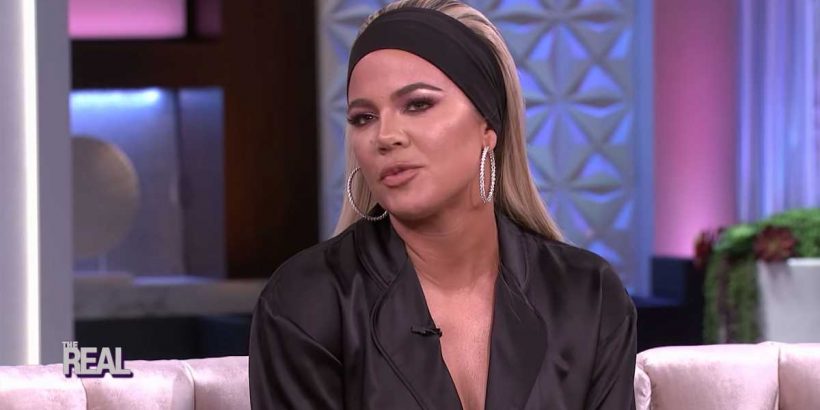 Kourtney Kardashian and Kim Kardashian West were missing their sister during their recent trip to get their kids baptized in Armenia, but Khloé Kardashian had a good reason for staying home.

During a joint appearance on Tuesday’s episode of The Real, the famous siblings chatted with the hosts about all things parenting, including the overseas jaunt that saw Kourtney, 40, and Kim, 39, get baptized inside the Etchmiadzin Cathedral in Vagharshapat, Armenia, with their children.

As for Khloé, 35, she and her 18-month-old daughter True stayed behind because the Good American mogul “felt like she was just too young” for the trip.

“But I definitely want to baptize her — I just don’t know when,” Khloé added. “I want it to just be the right time and the right place.”

“We were super jet-lagged, but it was so beautiful,” Kourtney said on The Real. “It’s known as the oldest [cathedral] in the world. And so that experience, and having it in Armenia, just made it really special.”

“Armenians were the first people to take Christianity as their [state] religion,” Kim added. “So it was really important to us, and special, to do it in Armenia.”

Despite their absence from the baptism, Khloé and her daughter have been having a tail-wagging good time as of late, dressing up as Cruella de Vil and a tiny dalmatian from 101 Dalmatians for Halloween last month.

And because the Kardashian-Jenner family always comes prepared with multiple creative costumes every Halloween, the dalmatian ensemble wasn’t True’s only look this year. She also paid tribute to Swan Lake and Willy Wonka and the Chocolate Factory, and donned a variety of other outfits like a bee, a pumpkin and a lion.

Over the summer, the mother-daughter duo jetted off to the Bahamas alongside Kim and her kids, where they soaked up the sun on the beach and got acquainted with the local wildlife at Pig Beach.

“True is still processing how she feels about the pigs 🐷,” the mother of one captioned her sunny images taken at the celeb-loved spot. “I think the other pigs are still sleeping. It’s early.”