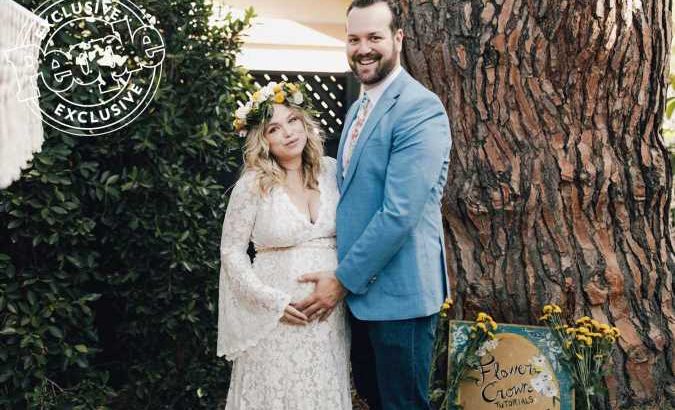 Amanda Fuller is ready for her baby boy!

The Last Man Standing star, 35, and her husband Matthew Bryan Feld celebrated the upcoming arrival of their first child together with a gorgeous backyard baby shower surrounded by friends and family.

“It was like something out of a dream for me. Like a Pinterest explosion in my backyard filled to the brim with the people I love the most,” Fuller tells PEOPLE, describing the couple as “homebodies” who “don’t get out much.”

“Our private time is sacred to us, so having almost all of our favorite people in one place at the same time, [in] our new home nonetheless, literally showering us and our growing little bear with unconditional love and support was something I’ll never forget,” she adds.

“I’ll never be able to thank my girlfriends enough who dropped everything to make it nothing short of perfect for me,” Fuller continues. “They are my heroes.”

“Having my family be so much a part of it was just unreal,” says the actress, whose other brother, Jeff, also played a special role during the day.

“Jeff’s art being the anchor and inspiration of the arts-and-crafts room made it extremely special for me. The onesies people made are priceless!” Fuller explains, as guests were encouraged to decorate onesies for the baby. “And I know [they] will help get us through the most challenging moments.”

To document the special day, Fuller had friends and family take pictures in a mobile photo-booth bus, in addition to moments captured by photographer Logan Cole throughout the day. At the end of the event, guests were sent home with Kush Queen CBD-bath-bomb gifts.

Fuller first announced her pregnancy with PEOPLE in July, saying that it came as a surprise as she’d been told by doctors that conceiving would be “nearly impossible” due to chronic illness and endometriosis.

Now, she’s less than two months away from meeting her “miracle baby.”

“We can’t believe we are only seven weeks away. We still can’t even believe we’re actually having a baby,” she tells PEOPLE. “I don’t know if we’ll ever feel ‘ready,’ but I do know that whenever and however he gets in our arms, we’re gonna do everything in our power to love and protect him with our whole hearts.”