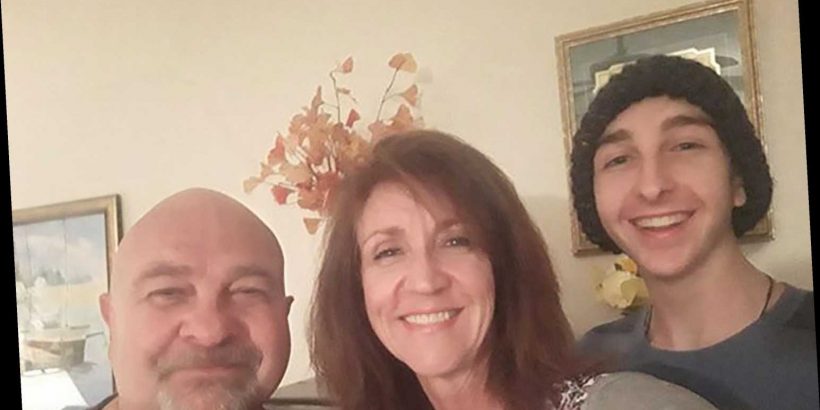 A Florida family of three is currently battling unimaginable circumstances after all three members were diagnosed with different types of cancer.

As the owners and operators of the French-American restaurant Magnificat Cafe in Jacksonville, the Desclefs Family have become familiar faces in their community, News4JAX reports.

However, five years ago, their world was flipped upside down when the matriarch of the clan, Kathy Desclefs, learned that she had non-Hodgkin’s lymphoma.

The diagnosis was understandably difficult for the tight-knit family, but things only worsened in the past few months when doctors delivered the heartwrenching news in August that Benoit Desclefs had an inoperable tumor on his brain.

By October, Luke Desclefs was also told that he had cancer — his, Hodgkin’s lymphoma, was diagnosed after he discovered something odd on his body.

“I found a lump on my neck and I thought it was weird, and I told my mom,” the 17-year-old Bishop Snyder High School senior told the outlet, adding that he did not show any typical signs of having that specific cancer.

“It’s hard to process,” Kathy admitted of the unbelievably awful odds that her family has been dealt.

Kathy told the outlet that each of the family members has differing prognoses, with hers being the most uncertain at this time due to her cancer’s rare form.

“With Benoit, they’ve said roughly 12 years,” she explained. “With Luke, he has a very good prognosis if he responds to treatment and we’ll know how well he responds next week when they do a PET [positron emission tomography] scan.”

“For me, it’s hard to say, because the variant I have is so rare they don’t have a lot of data on that,” she added.

With three family members undergoing treatment, the Desclefs’ finances have taken a hit — especially because they haven’t been able to work at their restaurant, which provided most of their income after Benoit opened it following his move from France to Florida years ago.

To assist with their medical and living expenses, a fundraiser has been created for the family as Benoit and Luke continue to receive chemotherapy.

The page notes that “both Kathy’s and Benoit’s are rare and non-curable,” and that Luke’s most recent chemo treatment “left him [in the] ICU due to fever and low blood pressure.”

“One family member having cancer is very stressful, two is crazy hard and three is unimaginable,” the page reads. “As small business owners, both Kathy and Benoit work at the business. However, Benoit is not able to, but Kathy has had to go back to work so that they can manage their expenses a little bit.”

“They are having to pay another worker to help out. And they are down to one working vehicle,” the page continues. “So you can guess that finances are a very real struggle… please help this amazing family during this crisis. They are warm, generous, and joyful people. But they are faced with a challenge they can’t do alone.”

In the meantime, the family recently made the difficult decision to put their beloved small business up for sale and focus on their health, but are hoping to stay involved in the day-to-day operations in some capacity, News4JAX reports.

And despite the terrible cards they’ve been dealt, Kathy told the outlet that they’re keeping an optimistic mindset and relying on their faith to get them through this difficult time.

“We are set up for God to show up because it’s so over the top,” she said.

Those wishing to help the Desclefs Family can do so here.