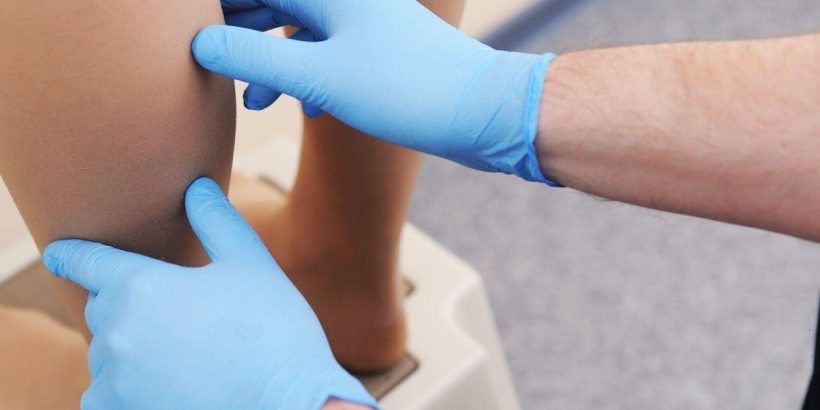 Pancreatic cancer prognosis is sobering, with roughly 95 percent of patients succumbing to the disease. Part of what makes the condition so lethal is the absence of symptoms as this gives tumours ample opportunity to metastasise. One patient’s case study highlights the extent of the damage pancreatic cancer may cause if diagnosed too late.

The 48-year-old female presented to the hospital with the chief complaint of swelling in her lower extremities, along with weight loss, according to a report in the Japanese Journal of Gastroenterology and Hepatology.

During her initial investigation, no co-morbidities were detected and all her test results were within normal limits.

“One month later she presented to the emergency department with a complaint of progressive dyspnea, severe swelling of both legs and acute pain in the left lower extremity lasting for four days,” explained the authors.

This time, CT scans revealed a mass in the patient’s pancreatic body and tail region.

A CT scan of her abdominal region revealed multiple liver metastases, suggesting the tumour had spread to the liver.

Pancreatic cancer cells are directly linked to the development of thrombotic events because of their procoagulant factors.

Tissue factor and thrombin, are both chemicals with a unique ability to induce a hypercoagulable state.

In addition, evidence of pulmonary embolism was detected in both of the patient’s lungs.

Pancreatic Cancer UK explains: “People with pancreatic cancer are at higher risk of a blood clot forming in a vein.

The majority of people know this condition as deep vein thrombosis or DVT, which typically affects the lower legs.

Several studies have probed the prevalence of thrombotic events in pancreatic cancer, including one study in the British Journal of Cancer in 2018.

Researchers established that the most common cancer associated with thrombosis was pancreatic cancer, with venous thromboembolism affecting 36.7 percent of these patients.

According to the case report, thrombotic events represent the second leading cause of death in cancer patients after the disease itself.

These events tend to be diagnosed as one of three conditions, which are deep vein thrombosis, pulmonary embolism and material thrombosis.

The patient developed critical left limb ischaemia, with gangrene of the midfoot and three of the patients’ toes diagnosed.

This was put down to Trousseau’s syndrome, a rare blood clotting disorder that results in migratory blood clots, in association with an undiagnosed malignancy.

“Overall, Trousseau’s syndrome is a constellation of multiple thromboembolic events that occur in patients with cancer,” noted the study’s authors.

“It is also well-known that thrombosis in cancer is frequently recurrent,” added the authors.

The case highlights the necessity of detailed investigations of patients presenting with unusual bodily changes.

Although the disease was advanced upon diagnosis, the disease sometimes has the potential to be curable if caught very early.