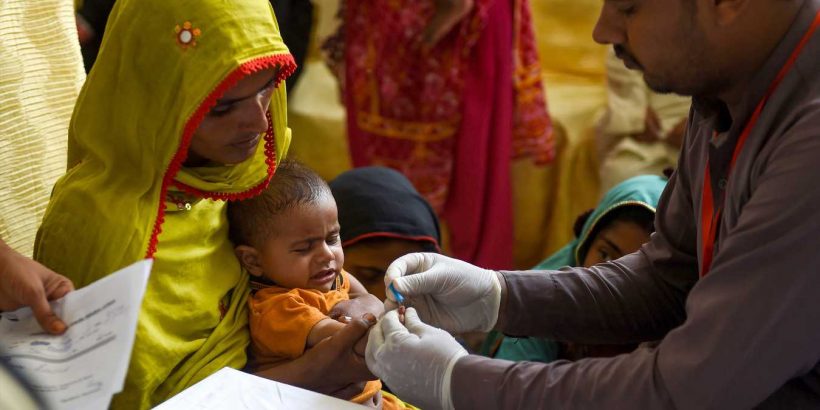 A small city in Pakistan has reported over 607 people have been infected with HIV, and 75% of those are children.

According to BBC News, Ratodero, a poor neighborhood in the city of Larkana in southern Pakistan, first detected health issues with numerous children in February, and concerned parents took their kids to the doctors.

Dr. Imran Arbani attended to the children, who were experiencing high fevers. After sending the children’s blood away for testing, the results shocked both Dr. Abrbani and the parents – the children had HIV.

The first 15 children were confirmed HIV positive on April 24, as Dr. Muzaffar Ghangharo, a pediatrician who first attempted to treat the children’s high fevers, wrote in an op-ed for the Daily Times. BBC News reports that in these first cases, the children’s parents were not HIV-positive, so it was not passed to them during pregnancy, labor or delivery.

RELATED: 2 Test Positive for HIV After Getting Vampire Facials at New Mexico Spa

As of May 20, 607 people — 494 of them children — have been diagnosed, after news of the outbreak caused families to rush to be tested at the hospital.

According to NPR, the parents were quick to blame Dr. Ghangharo, who they felt failed to treat the children properly and could be responsible for their infections. Upon testing, Ghangharo was found to be HIV-positive as well.

“And here is when it was suspected that he was the source of spreading HIV in their kids through bad practices,” Masood Banghash, a district police officer, told NPR.

RELATED: This Is How HIV Is Being Used by Doctors to Cure Children Suffering from ‘Bubble Boy’ Disease

According to the police, Ghangharo claims his infection may have originated from a blood transfusion he received after an automobile accident several years ago.

On April 30, he was arrested based on the reports from the parents he was to blame. He is being held in jail until an investigation is completed.

However, Ghangharo is vehemently claiming his innocence, saying in a video filmed in jail, “I have been accused of playing the main role in spreading HIV. I am a qualified pediatrician. I had no idea I was infected.”

“I would have taken treatment had I known I had HIV,” he continued. “I never felt any signs and symptoms. I am fully active. Also, why would I do this to innocent kids? What enmity do I have against these innocent children that I will infect them with HIV?”

RELATED: HIV Patient in London Appears to Be Second Person Ever Cured: ‘There Is No Virus There’

All of the 494 children infected with the virus are between the ages of one month and 15 years, and the costs for the parents are proving to be insurmountable.

“For the child’s medicines we have to go to Karachi, which means we spend several thousand rupees on each trip,” a mother, whose three-year-old daughter has been diagnosed as HIV-positive, told BBC News.

“My husband is only a day-labourer, so we won’t be able to afford this for long,” she said.