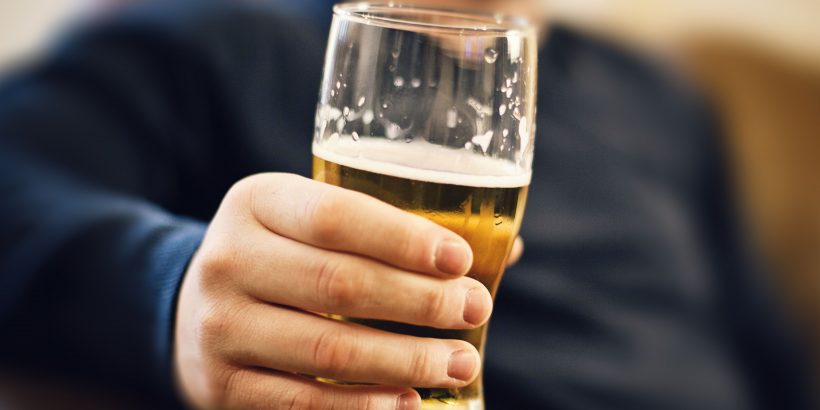 Chances are you don’t realize the impact anxiety can have on guys. Studies continuously show that women are twice as likely as men to be diagnosed with an anxiety disorder–but that doesn’t mean you’re immune.

Researchers can’t explain the causes of this disparity, but believe guys may feel pressured to exhibit anxious feelings in ways that seem more masculine.

“I think the biggest thing is men are socialized not to show anxiety,” said Carmen McLean, PhD, a researcher and clinical associate professor at Stanford University’s Department of Psychiatry. “Socializing to show agency and self-efficiency dissuades from showing anxiety.”

This is one reason anxiety is often accompanied by substance abuse and other “internalizing disorders, ” said McLean. Sometimes these signs can be subtle, meaning it’s especially important to recognize symptoms of anxiety disorders specific to males.

Some clues—nervousness, dread over impeding danger and rapid breathing—are common across gender lines, but these five manifestations of anxiety disproportionately impact men:

Men with social anxiety disorder are more likely to fear dating and are more commonly single, separated or divorced, according to an analysis of survey information from Columbia University.

“Men are supposed to take the lead in dating,” explained Stefan G. Hofmann, PhD and psychology professor at Boston University who researches anxiety. “The male is the one who is expected to take the first step. That puts them in a performance situation.”

Even in the age of apps, men are typically the pursuer. on OkCupid, males are three times more likely to send a first message in an opposite-sex exchange. This means constantly offering yourself up for evaluation and rejection–an anxiety-inducing prospect.

“It’s a challenge for people who don’t like to play that game,”said Hoffman.

Plus, some agonize over being chronically single–with reason–David Ezell, clinical director of Darien Wellness, a psychology clinic in Connecticut, told Men’s Health.

Also, marriage is a status symbol, a sign of “maturation,” said Ezell.

With so much at risk, dating and bachelorhood are significant sources of stress in men with anxiety.

Men drink and use drugs to relieve anxiety more often than women, according to the same Columbia University study. Research has consistently shown a link between substance abuse and mental health disorders, particularly in men.

“They are looking for medication,” said Ezell. He explains a glass of booze pairs well with the “I-can-fix-it-myself” attitude associated with masculinity because it doesn’t require medical assistance and may seem like a socially acceptable way to ease stress.

“Alcohol is a very effective drug,” said Hofmann. “It’s why it’s so popular.”

Think about college students who “pre-game” by drinking at a dorm or with a small group of friends before going to larger parties. They may not realize it, but this helps manage the anxiety of socializing.

Guys who forego professional treatment may instead turn to drugs or heavy drinking to cope with anxiety–and this may be a doorway to addiction.

In some men, anxiety may manifest as rage or anger. “It’s much more acceptable,” said McLean. While women may find support from friends or mental health professionals, guys often let their feelings build up until they hit a breaking point–and then the flood gates open.

“Because emotions don’t get expressed [by men], because anxiety isn’t expressed in a healthy way, there are busts of anger as a result,” said Ezell.

Ezell points to the Supreme Court hearing of Brett Kavanagh as one relevant example. The Associate Justice famously lashed out against supposed conspirators who accused him of sexual assault allegations while fighting back tears.

“It was seen as him taking charge,” said Ezell. “I think anger is considered decisive.”

If typical signs of anxiety, like nervousness or fear, are discouraged in men, anger is their only acceptable emotional response.

In another study of survey data from Columbia University, men were more likely than women to experience relationship strain from worrying.

This could be because women are more likely to have a circle of close friends, whereas men tend to have few confidants who can provide support through emotional distress.

“Men tend to rely on romantic partners for stress,” said Hoffman. This can be a burden, he explained.

Sociologist Eli J. Finkel further detailed the risk of putting all that psychological dependence on one person in his book, The All-Or-Nothing Marriage. Finkel argued that modern relationships are tense because people seek comfort, growth, purpose, and a host of other needs from romantic partnerships. Prior generations sought comfort in an entire network of family and friends.

“Marriage for a long time served a set and relatively limited array of different functions for us,” Finkel told the NPR podcast Hidden Brain. “And over time we’ve piled more and more of these emotional and psychological functions.”

Anxious men might burn out their few outlets (or only outlet) for social support quickly.

Ezell’s practice is located in Darien, Connecticut, a bedroom community for hedge fund managers and Wall Street executives. With a median family income of $208,125, it’s frequently named one of the wealthiest municipalities in the United States.

Despite their success, Ezell has clients who are riddled with anxiety over what they haven’t accomplished. “My clients make a lot of money,” said Ezell. “They are still not happy and want to know why.”

Guys are often anxious about about getting ahead of peers, he said. If a friend winters in Aspen, his client wants to winter in the Alps. There is a particular pressure in status attainment—and status advancement—that fuels anxiety disorders for many.

“We are very grateful by getting things,” Ezell said, “but we get acclimated to that status very quickly. If I am eating well; I want to be eating better.”