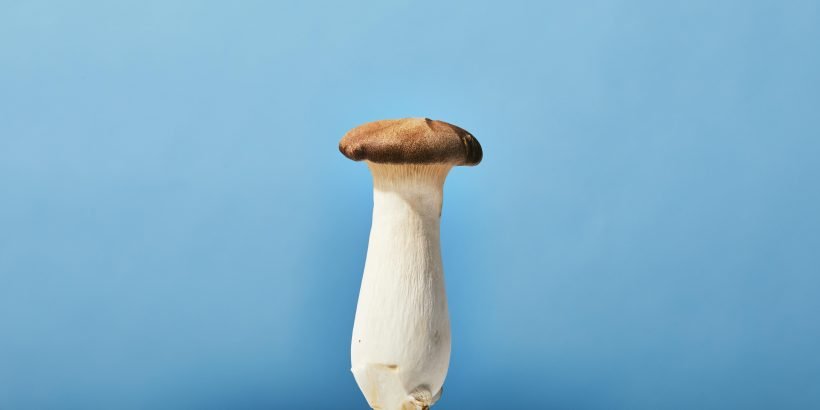 Let’s start with a hard truth: Time will not be kind to your penis. The passing years will discolor, desensitize, soften, sedate, and shrink it. Ready for the good news? To a large degree, you can protect your prized appendage from the ravages of aging in much the same way as you’d treat anything you love—give it some TLC that’s backed up by science. We boned up on seven tactics that will help you keep your wang in prime condition.

Give Your Guy a Makeover

Growing a big ol’ bushy beard is going to make a guy look older, more seasoned. If you’re babyfaced, that can be a serious plus, but you probably don’t want your penis to look quite so roadworn. Depending on how much bush you’re rocking, cutting back pubic hair could give your penis the patina of youth, but that’s not all—a trim could reveal up to an inch of shaft, creating the illusion of a larger penis, should that sort of thing be of interest to you.

After you’ve cleared some brush, the application of a good moisturizer is going to help you turn back the clock even more. Dr. Joshua Zeichner, the director of cosmetic and clinical research at Mount Sinai Hospital’s Department of Dermatology urges you to treat your meat with light lotions, “rather than heavier creams or ointments that can leave your skin moist and more susceptible to bacterial or fungal overgrowth.”

Sildenafil—the active ingredient in Viagra—can be taken before sex to relieve erectile dysfunction (ED) symptoms. But a 2004 study presented at a meeting of the American Urological Association showed that taking a daily dose over an extended period could restore erections to their former glory—even when the treatment is over. Researchers divided guys who had been experiencing ED for six months or more into three groups. Group one took a 50mg dose of Viagra at bedtime. Group two took 50-100mg of Viagra as and when they needed it while group three were given no treatment at all.

A year of this was followed by one month of no erectile dysfunction treatment. Nearly 60 percent of men in group one had a return of normal erections while less than 10 percent of men that took Viagra as needed had a similar return of normal erections. While sildenafil isn’t prescribed for penis maintenance, this research suggests that priming the pump with sildenafil—or tadalafil, the active ingredient in Cialis which is prescribed daily—could yield dividends.

“Men have five or six erections each night,” says NYU Langone Urologist Seth Cohen, adding that each erection increases blood flow to the penis by up to six-fold. “If erections become less frequent or less robust, the thought is that there is a decrease in the oxygen that blood brings to the tissues and, over time, the tissue of the penis will lose its elasticity making erections more difficult to achieve.”

Almost a third (31%) of participants who had successfully quit smoking had fuller erections than before when there were hooked back up to the apparatus, while three-quarters (75%) of the quitters who had been experiencing ED at the beginning of the study were large and in charge the end. “[Smoking] decreases the amount of oxygen reaching the penis, which can lead to scarring and loss of elasticity, ” explains Ro’s Clinical Director Tzvi Doron. Doron adds that smoking also leads to damage of the arteries and that cuts down on the oxygen that reaches the penis, decreases the amount of the chemical nitric oxide that is available, which is needed to cause an erection as well as sending nicotine and carbon monoxide to the tissues, which interfere with getting erections.

Yeah, the eight glasses of water a day thing was something a guy pulled out of his ass but don’t let that obscure the fact that drinking an adequate amount of water is integral to every bodily function including the maintenance of a youthful erection. According to a study conducted by French physiologist Simon Thornton, a drop in the amount of red blood cells and plasma circulating in the body can lead to the droops. Thornton highlighted a secondary reason why drinking plenty of water per day will likely pay dividends in his research. When dehydrated, you produce a greater amount of angiotensin, a type of hormone commonly found in men experiencing having difficulty achieving collegiate erections. “The ability to send blood to all parts of the body on demand is compromised when men are dehydrated,” says Michael Reitano, doctor-in-residence at health startup Ro. Reitano explains that the body has to make some hard choices where to send blood when you are dehydrated. “The penis may be your highest priority, but the heart, kidney, liver, and other organs needed for survival will always come first,” he says.

A lack of sleep is connected with a slew of health issues that spark sexual problems as we age, including obesity, high blood pressure, diabetes and sleep apnea. One of the many reasons that a lack of shuteye can have a withering effect on your willy is that like a few other habits on this it lowers the amount of testosterone your body can produce or access. This was demonstrated in a 2011 study published by the Journal of American Medical Association. It found that after one week of sleep deprivation (less than 5 hours of sleep a night), young men had 15 percent less testosterone than normal. One of the most recent studies underlining the link between sleep quality and erectile function came out of Baylor College of Medicine in Houston in 2018.

Use It Or Lose It

Not putting your schwanz through its paces on a regular basis is going to diminish its capabilities and therefore, it’s youthfulness. A Finnish study published in The American Journal of Medicine showed that by having sex once a week, men could reduce their chances of developing erectile dysfunction in half, compared with having sex less than that. The same 2008 study also posited that the more often men had sex, the more their erections improved. Writing in the article, Juha Koskimäki, MD, Ph.D. noted that: “Continued sexual activity decreases the incidence of erectile dysfunction in direct proportion to coital frequency.” To keep your boners in tip-top condition, write yourself a prescription to use your favorite tool at least once a week, either partnered or solo.