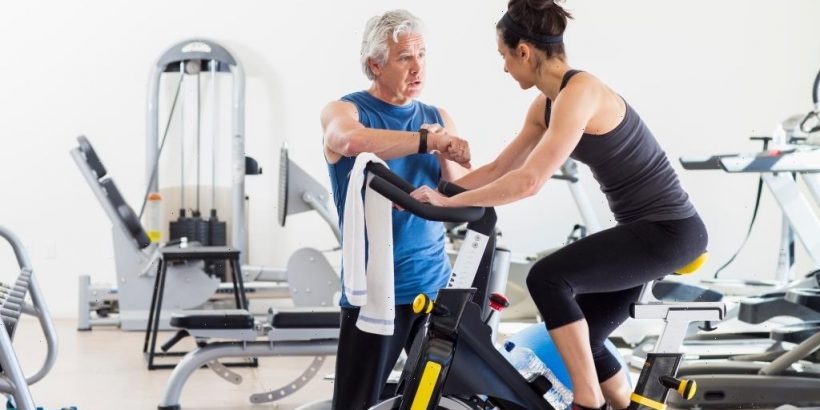 Nobody wants to be approached by a stranger at the gym, especially when said stranger spouts unsolicited advice about how to optimize your workout routine. Take it from this Redditor with an invisible disability, whose sweat sesh was seriously soured by an entitled gym bro.

User Dani21002 took to the /AmITheAsshole SubReddit for a gut check on a recent gym encounter that rubbed her the wrong way. The Reddit user has a chronic illness called Postural orthostatic tachycardia syndrome, or POTS, a blood circulation disorder that severely limits the kinds of exercises she can safely execute. “The whole reason I started to exercise in the first place was not to lose weight or gain muscle, but to hopefully manage my condition better,” she wrote. “Unfortunately, a lot of ‘gym rats’ don’t seem to get that.”

AITA for telling off a guy at the gym who gave me “advice”? from AmItheAsshole

Dani21002 was flagged down by one such gym rat during a recent workout. She’d seen him multiple times at the gym, but it was her first time interacting with him. As she was getting ready to leave, he came over and started to critique her routine, insisting that “you’re not gonna get much results from just doing that every time, you need to add more cardio and weight training.”

“I just kinda stared at him for a moment before telling him that I appreciated his concern, but I wasn’t interested in his advice,” she recalled. “He just doubled down, started grilling me about my diet and suggesting different workouts to add so I can lose weight quicker. I got fed up rather quickly and snapped at him, saying ‘What makes you think I want to lose weight?’”

The gym rat was surprised, but the Redditor kept going, incensed by his presumptuousness. She explained that she is “disabled” with a condition that “prevents me from doing most forms of exercise and severely impacts my quality of life.” Her supposedly ineffective routine was recommended by her team of medical professionals to help manage her chronic illness. “So think about that next time you give someone your shitty ‘advice,’” she added, calling him some “colorful words” before storming off.

This Redditor isn’t alone: An estimated 42 percent of Americans have a severe disability, and more than 90 percent of them are invisible to the naked eye. And besides, everyone has different fitness goals. You can never really tell what someone is working toward by what they’re doing at the gym or how their body looks.

Still, Dani21002 expressed some residual guilt for telling off a total stranger. She called up her sister, who suggested that she could have been nicer to the well-meaning gym bro. However, commenters were firmly in her corner.

“Absolutely NTA,” one person wrote. “He came over and gave you unwanted, unhelpful, and dangerous ‘advice’. You shouldn’t have to reveal your health condition to be left alone.”

“Fellow ‘invisibly disabled’ person here, and just, NTA,” another commenter added. “The thing is, it wouldn’t have mattered if you were able bodied or not. He invaded your routine to shit out unsolicited advice, and dug his heels in after the first time you told him you weren’t interested. There shouldn’t have needed to be a first time telling him you weren’t interested.”

Before you go, check out our favorite at-home workout gear (guaranteed to not come with unsolicited comments from randos unless you let them into your house):