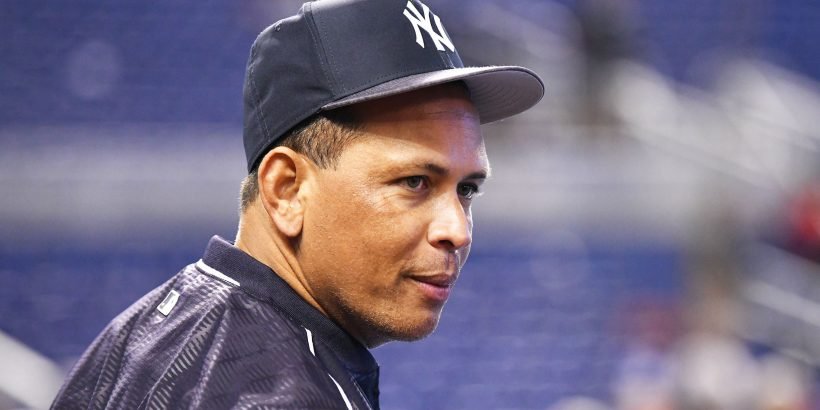 Alex Rodriguez and Jennifer Lopez love torturing themselves, apparently. First, they ditched sugar and carbs for 10 days. Then, the couple committed to a 10-day workout challenge. Now, A-Lo have shared their latest health adventures in an Instagram story: fasted cardio.

“Another beautiful day in New York City, about to go do a little fasted cardio,” Rodriguez said, according to People. “That means cardio before breakfast. This is from our trainer, Dodd. Have a great day everybody!”

The term actually grew in popularity way back in 1999 (which is also, coincidentally, the last time either A-Rod or J-Lo was popular), when former competitive bodybuilder Bill Phillips published his book, “Body for Life.” Here’s what you should know about the resurfaced term:

What is fasted cardio?

As the name implies, the technique involves performing 20 minutes of intense aerobic activity after an overnight fast. Phillips believed this type of workout was more effective in burning fat than performing an entire hour of cardio post-breakfast, according to an article in Strength & Conditioning Journal. The idea is that exercising on an empty stomach will burn stored fat rather than the carbohydrates from, say, a morning bagel.

“Theoretically, when exercising in a fasted state, your body preferentially burns fat for energy as your carbohydrate levels and insulin levels are low when fasting,” he tells Men’s Health. “This can help trim your body fat percentage.”

HOWEVER, Shah says that routine fasted cardio is not a good long-term strategy. That’s because your body will eventually burn fewer calories as it attempts to preserve some of your stored fat.

Your body constantly changes how much fat you use for energy, says Brad Schoenfeld, Ph.D., C.S.C.S., F.N.S.C.A., assistant professor in the exercise science department at Lehman College.

“Fat burning must be considered over the course of days—not on an hour-to-hour basis—to get a meaningful perspective on its impact on body composition,” he wrote in Strength & Conditioning. “As a general rule, if you burn more carbohydrate during a workout, you inevitably burn more fat in the post exercise period and vice versa.”

The research on fasted cardio? Mixed. Scientists found that people who fasted may burn more fat, in a study published in 2016, but other research has shown no difference between fasted and fed cardio states.

Bypassing your morning bowl of cereal before hitting the gym likely won’t harm the average person. That said, fasted cardio isn’t entirely risk-free. People may feel lightheaded, dizzy, or too weak to complete their workouts, says Shah. Plus, it could be counterintuitive to your overall physique.

“An unintended consequence of fasted cardio may result in losing muscle mass as the body may turn to burning protein for energy as well,” he says.

People with health conditions, like diabetes, should always consult with their doctors before attempting this type of routine.

If you’re determined to mimic A-Rod, then it’s important to try this technique in the safest way possible. John P. Higgins, M.D., sports cardiologist at McGovern Medical School at UTHealth in Houston, Texas, advises against beginning an unfamiliar workout while fasting. That means eating before trying your first spin class. Higgins also recommends staying hydrated and working out with a buddy to ensure help is available if you become sick.

What should you eat after fasted cardio?

According to Higgins, studies in favor of fasted cardio suggests it works as long as your breakfast doesn’t contain more calories than normal.

“Have [a] smaller breakfast than usual or you won’t get as much benefit,” he says.

He advises following the International Society of Sports Medicine recommendation of eating .14–.23 grams of protein per pound of bodyweight after a workout.

The bottom line on fasted cardio:

There’s a small chance you could burn a tiny bit more fat (up to five percent) by trying fasted cardio, says Higgins. But this isn’t a proven strategy, and could be unsustainable for many. Instead, Shah advises something less drastic for weight loss: cutting out junk and moving more.

“For most people, I recommend focusing on skipping that extra soda, cookie or bag of chips, and eating a well-balanced diet which includes a mindful caloric restriction,” he says. “This should be combined with increasing the amount of aerobic exercise to achieve sustainable results with respect to aerobic fitness, weight loss, and cardiovascular health.”

And maybe not doing everything A-Rod does?