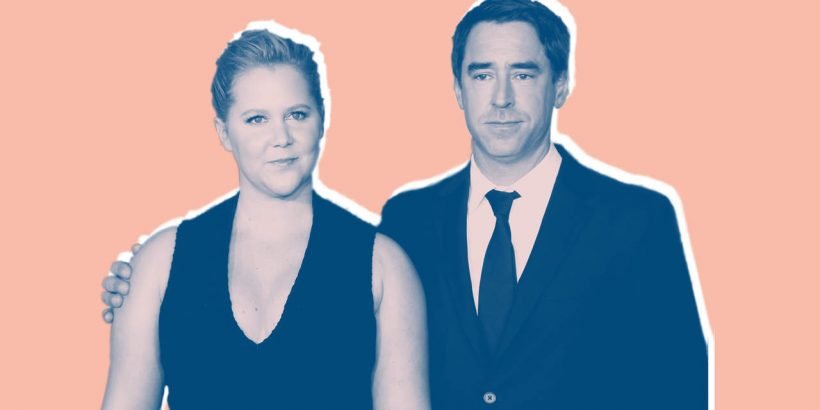 Actress and comedian Amy Schumer revealed that her husband, chef Chris Fischer, is on the autism spectrum. Schumer opened up about Fischer’s condition during her Netflix special Amy Schumer: Growing, which premiered on Tuesday, Entertainment Tonight reports.

“I knew from the beginning that my husband’s brain was a little different than mine,” Schumer says in her stand-up routine. “My husband was diagnosed with what used to be called Asperger’s. He has autism spectrum disorder. He’s on the spectrum. And there were some signs early on.”

After he was diagnosed, she continues, she realized “all of the characteristics that make it clear that he’s on the spectrum are all of the reasons that I fell madly in love with him…He says whatever is on his mind. He keeps it so real. He doesn’t care about social norms or what you expect him to say or do.”

So what is Asperger’s? The syndrome used to be it’s own diagnosis; now, it falls under the umbrella of autism spectrum disorder (ASD), a developmental disorder that affects a person’s ability to socialize and communicate.

“People with Asperger’s often have difficulties with social situations and can have a hard time recognizing facial expressions and body language,” Anne Nebeker, source specialist and spokesperson for the Autism Society of America tells Health. “Many of these people also have very specific interests and rigid schedules they like to adhere to.”

For people with Asperger’s, social interactions like making eye contact while speaking or understanding sarcasm can be challenging, Nebeker says. They may show a lack of empathy and have a hard time understanding other people’s feelings.

Unlike other forms of autism, individuals with what’s often called Asperger’s don’t typically have language delays and frequently have good language and cognitive skills. According to the Autism Association of America, it can be hard to distinguish a person with Asperger’s from a neurotypical individual.

“Usually autism is present in early childhood, but when people are very high-functioning, they might not be diagnosed until later in life or at all,” Nebeker says. “Some people just go through life having more trouble than the average person to connect socially but are never diagnosed.”

More than 3.5 million Americans live with a form of autism spectrum disorder, and an autism diagnosis can mean hefty medical bills for families of those with the condition. The Autism Association of America recommends getting an early and accurate diagnosis from a specialist in order to insure a person with autism gets appropriate education and treatment programs.