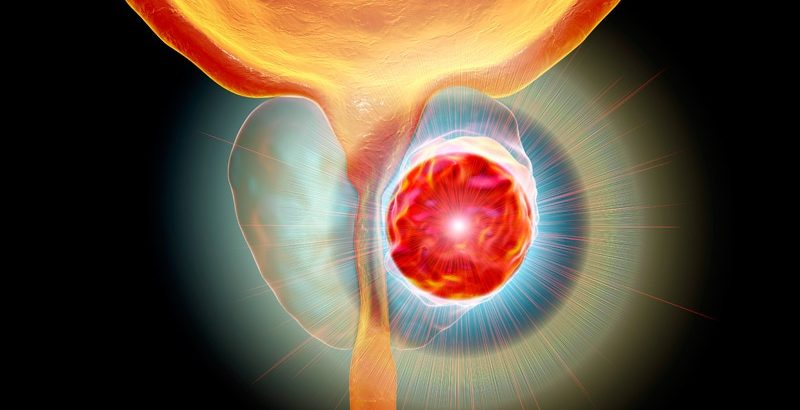 “If one thing comes across, no matter what you do as of tomorrow, don’t go for androgen-deprivation therapy [ADT] alone for these patients,” commented Eleni Efstathiou, MD, PhD, from Houston Methodist Cancer Center, in Houston, Texas.

She was reacting to new results from the PEACE-1 trial, which show that regardless of the standard-of-care regimen used, the addition of abiraterone (Zytiga) has a “clinically meaningful impact on survival.”

Efstathiou was invited discussant for the trial after long-term results were presented at the annual meeting of the European Society for Medical Oncology.

Adding abiraterone to ADT plus docetaxel resulted in significant improvements in both radiographic progression-free survival (rPFS) and overall survival (OS) compared with the standard of care.

The outcomes, including a median 2.5-year improvement in rPFS and a 25% reduction in risk for death with abiraterone, were significant despite the fact that a high proportion of patients in the standard-of-care control arm crossed over to receive abiraterone during the course of the study, noted lead author Karim Fizazi, MD, PhD, from Institut Gustave Roussy and the University of Paris-Saclay, in Villejuif, France.

“We believe the data are practice changing. At least men with de novo high-volume metastatic prostate cancer should be offered ADT plus docetaxel plus abiraterone, based on evidence that this triplet combination will provide 2.5 years of additional time without radiographic progression or death and 1.5 additional years of survival,” he said.

“It is a practice-changing trial,” Efstathiou agreed. “The positive outcomes are surely meaningful when it comes to rPFS and OS, with the exception of low-volume disease.”

Since 2015, the standard of care for men with mCSPC has been ADT combined with either docetaxel, androgen signaling inhibitors, such as abiraterone and enzalutamide (Xtandi), or radiotherapy to the primary tumor for men with low metastatic burden.

Until these new results from the PEACE-1 trial, it was unclear whether ADT plus a combination of other therapies could further improve outcomes, Fizazi said.

The phase 3 trial had a 2 x 2 factorial design. Men with de novo mCSPC and an Eastern Cooperative Oncology Group Performance Status score of 0-2 who were receiving continuous ADT were stratified by performance status, metastatic sites (lymph nodes, bones, or viscera), type of castration (orchiectomy vs luteinizing hormone-releasing hormone agonist or antagonist) and docetaxol use and were then randomly assigned on an equal basis to one of four study arms.

All participants received standard of care, which was ADT with or without docetaxel.

The benefit was less pronounced for men with low-volume metastases, however, because among these patients there were relatively fewer cases of progression or deaths. The median rPFS among men in this group who received abiraterone plus standard of care was not reached; it was 2.7 years for men treated with standard of care alone (HR, 0.58; P = .006; the trial design required a P value <.001 for statistical significance of rPFS).

Among patients who received ADT plus docetaxel with or without radiotherapy, the median OS was not reached at the time of data cutoff in June 2021; it was 4.4 years for patients treated with the standard of care alone (HR, 0.75; P = .017).

The overall survival benefit of abiraterone among patients who also received ADT plus docetaxel occurred almost exclusively among patients with high metastatic burden. The median OS was 5.1 years, vs 3.5 years with the standard of care, which translated into an HR for death with abiraterone of 0.72 (P = .019).

Among patients who were treated with ADT plus docetaxel as the standard of care alone (with or without radiotherapy), 84% received additional life-prolonging treatments after progression, and 81% received next-generation hormonal therapies. In contrast, among patients who also received abiraterone, the respective percentages were 74% and 46%.

There were seven deaths among 346 patients who received abiraterone. There were three deaths among patients treated with the standard of care alone. Adverse events that occurred more frequently with abiraterone were liver toxicities, hypertension, and hypokalemia.

Efstathiou said that the strengths of the PEACE-1 study include the combinatorial strategy, which helps to address previously unanswered questions; a study design that compared an experimental arm to standard practice; and the use of treatments that are accessible to community practices.

Still uncertain, however, is how the combination of ADT, docetaxel, and abiraterone compares with ADT plus abiraterone only.

Summuning up, she said that these latest data from PEACE-1 and from other trials with docetaxel and androgen signaling inhibitors suggest that monotherapy with ADT is no longer acceptable for treatment of men with mCSPC.

She said that more data are needed regarding the potential combination of ADT plus docetaxel and either apalutamide or enzalutamide.

Neil Osterweil, an award-winning medical journalist, is a long-standing and frequent contributor to Medscape.