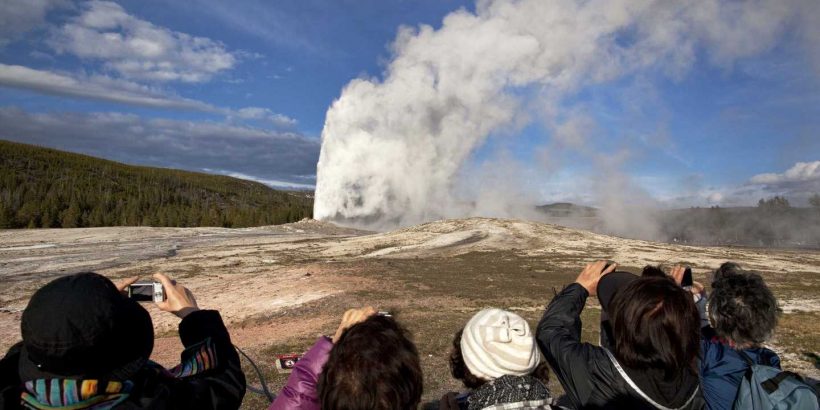 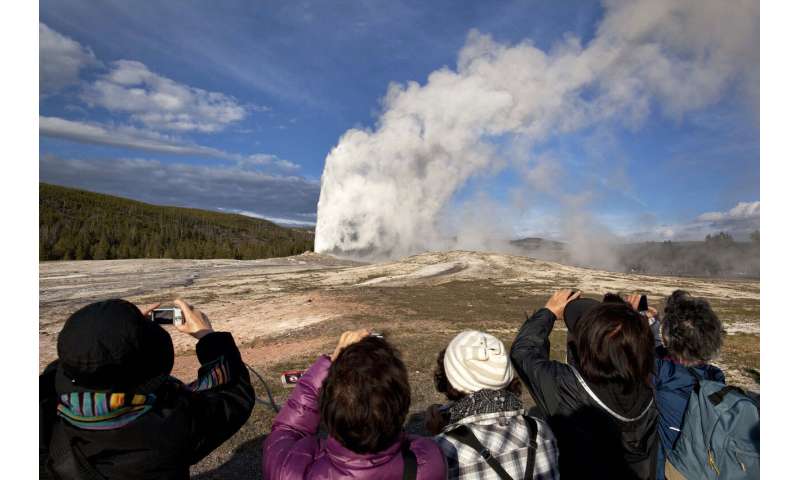 The Trump administration is sticking with its crowd friendly waiver of entrance fees at national parks during the coronavirus pandemic, as managers at some parks try and fail to keep visitors a safe distance apart and communities appeal for a shutdown at the parks still open.

Vice President Mike Pence has said that the Centers for Disease Control and Prevention would provide specific health guidance on Thursday about national parks and the coronavirus.

While the Interior Department agreed this week to requests from local managers of Yellowstone and some other national parks to close, others remained open and newly free of charge. In Arizona, local governments and the Navajo Nation were waiting for an answer Thursday on their request earlier this week for federal officials to shut down Grand Canyon National Park as cases of the coronavirus grow in surrounding areas.

“We think it’s just in the best interest of the community, the visitors and the staff,” said Lena Fowler, a supervisor in Coconino County that includes the Grand Canyon. “What we’re really concerned about is making sure everyone is safe.”

The National Park Service is still deciding whether to shut down individual sites on a park-by-park basis, in consultation with health officials, Nicholas Goodwin, a spokesman for Interior Secretary David Bernhardt, said Thursday. 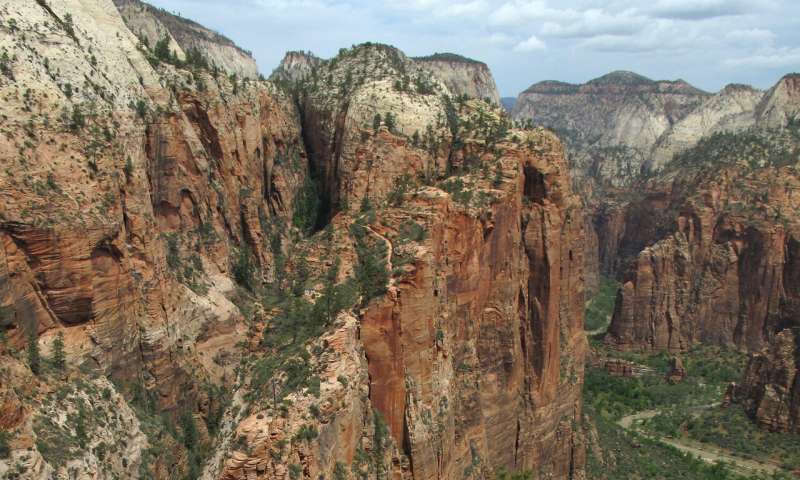 Goodwin said Bernhardt’s decision to waive entrance fees was meant to give a financial break for those visitors who had decided they wanted to go, not to draw people outdoors and together on vistas and trails as coranavirus deaths and illnesses grow.

“It was not meant to create a flood of people to national parks,” Goodwin said.

Goodwin said the agency had not yet decided whether to accede to the local request to close the Grand Canyon, and could not say when a decision would come.

The Trump administration agreed last week to close some parks, including Yellowstone, Grand Teton and the Great Smoky Mountains, after requests from the park managers.

At the Great Smoky Mountains, visitation was even up last week from the previous year, with about 30,000 people entering the park each day.

Park spokeswoman Dana Soehn said in a phone interview that despite efforts to protect staff and visitors from COVID-19, including closing restrooms and visitor centers, the park found it impossible to keep people from crowding together in popular spots. The day after the closure announcement, park officials learned that an employee had tested positive for COVID-19. 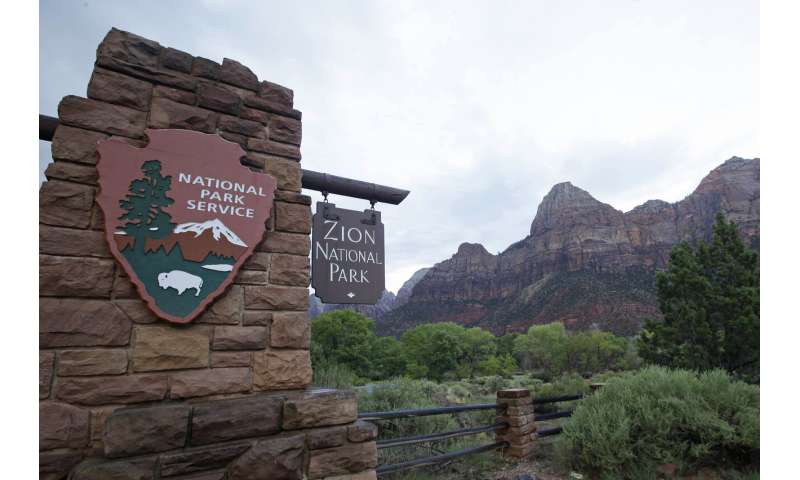 “We looked at different models, including closing just the highly congested trails, but in the end, we decided to support the local community efforts to decrease unnecessary travel,” she said.

In the United States, deaths from COVID-19 topped 1,050 Thursday, and there were 70,000 confirmed coronavirus cases. For most people, the coronavirus causes mild or moderate symptoms, such as fever and cough, that clear up in two to three weeks. For some, especially older adults and people with existing health problems, it can cause more severe illness, including pneumonia, and death.

Current CDC recommendations call for canceling “all U.S. events of 10+ people” when there is a “minimal or moderate spread of COVID-19 in the community.”

Criticism grew of the Interior Department’s stance on the national parks. 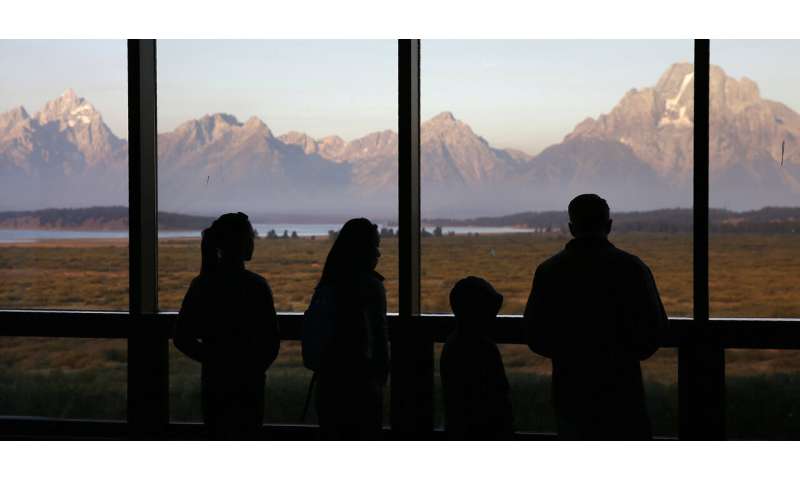 “I just don’t understand what’s going on in terms of the senior leadership,” regarding cutting the entrance fees and keeping national parks open, said Kristen Brengel, a senior official with the National Parks Conservation Association, a nonprofit advocacy group on park policy.

National parks, including the Grand Canyon, have roads and trails designed to funnel visitors en masse to see views and wildlife, Brengel said. “They know they can’t keep people safe there,” she said.

The Coconino County Board of Supervisors, the Grand Canyon Chamber of Commerce and the Navajo Nation sent letters this week asking for at least a temporary closure of Grand Canyon National Park. The park gets more than 6 million visitors a year, but it’s also home year-round to about 2,000 people, including a small community of Havasupai tribal members. The spread of the coronavirus quickly could overwhelm a small clinic at the national park. 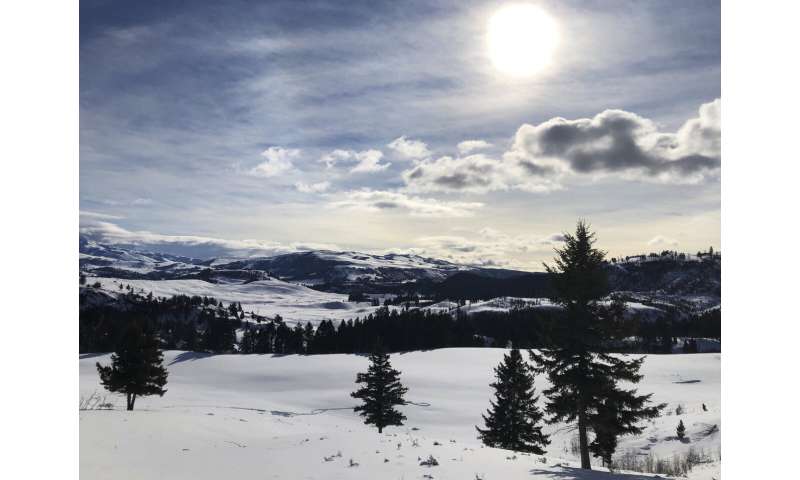 The Navajo Nation, which has 69 confirmed cases of the coronavirus, closed tribal parks, placed restrictions on businesses and issued a stay-at-home order for residents on the vast 27,000-square-mile (70,000-square-kilometer) reservation that extends into Utah, New Mexico and Arizona.