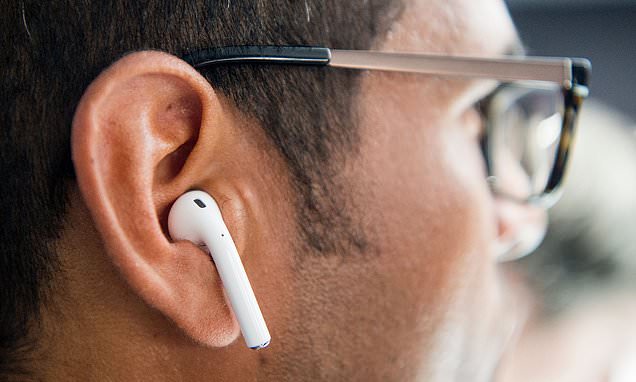 Some 250 have signed the petition, which warns against numerous devices that emit radiofrequency radiation, which is used in WiFi, cellular data and Bluetooth.

AirPods in particular are concerning because they sit deeply enough within the ear canal to emit expose these fragile parts of the ear to dangerous among of radiation, some experts warn.

The scientific jury is still out on the whether or not the particular devices an cause cancer, but animal studies on the kind of radiofrequency radiation that they emit has suggested a link to cancer. 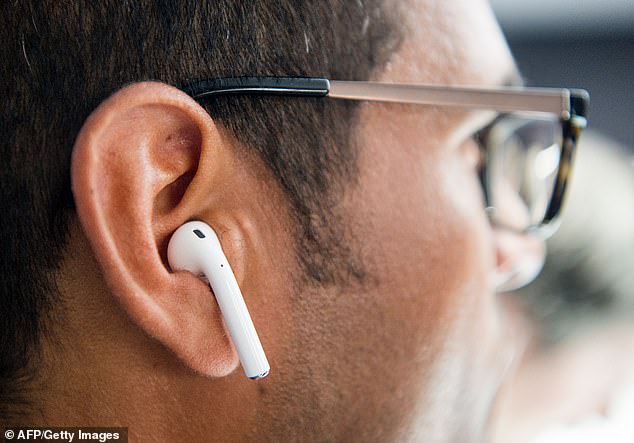 Radiowaves from Bluetooth AirPods may be carcinogenic, a group of 250 international scientists warned in a petition against minimally regulated wireless technology

And, in some cases, the levels of radiation found to be carcinogenic were significantly lower than the maximum allowed by federal and international guidelines.

Last year, Apple sold 28 million pairs of its tiny, white wireless earbuds. The year before, they sold 16 million pairs. With a new design reportedly on the way, the technology company is set to profit even more on sound.

But the devices could be pumping more than beats into wearers’ heads.

The AirPods wirelessly connect with a phone via Bluetooth, the popular short distance radio communication technology.

The most obvious and well-established risk of radiowaves is that, at high levels, they can generate heat and cause burns. Scientists are still working out the effects of long-term exposure to lower-power radiowaves.

When they have exposed animals to this form of radiation, reproductive, neurological and genetic damage has become more common in those animals than would be expected in a normal sample of the same animals.

This means that radiowaves are less dangerous than higher energy radiation like X-rays or UV, but more extremely low-frequency radiation.

Last year, further evidence that cellular transmissions may indeed cause certain kinds of cancer was published by the National Institutes of Health (NIH).

Now, scientists calling for more oversight and warnings for all manner of radiowave-based technologies are particularly concerned over the intensity and proximity of Bluetooth radiation to the human ear canal and brain.

The International Agency for Research on Cancer has declared electromagenetic field radiation a possible carcinogen.

WiFi, too, has been shown to pose cancer risks.

The World Health Organization (WHO) has developed guidelines for the level of electromagnetic frequency (EMF) that various devices are allowed to expose users to.

But, the new petition’s authors argue, research has revealed evidence that EMF may be carcinogenic at even lower levels.

And brain cancers are among the forms that research links to EMF radiation.

Although very little research has been conducted on Bluetooth itself, the proximity of AirPods to the brain makes them particularly concerning.

Related research on cancer and EMF has also revealed that cell phone radiation – which is not unlike that which comes from Bluetooth may cause non-cancerous tumors to form along the nerve that connects the brain and the ear.

A great deal more research needs to be done to clarify the exact risks associated with each kind of EMF, but the petitioning scientists believe that our current use of these technologies throws caution dangerously to the wind and they want to hould regulators accountable.

‘The various agencies setting safety standards have failed to impose sufficient guidelines to protect the general public, particularly children who are more vulnerable to the effects of EMF,’ they wrote.

‘By not taking action, the WHO is failing to fulfill its role as the preeminent international public health agency.’