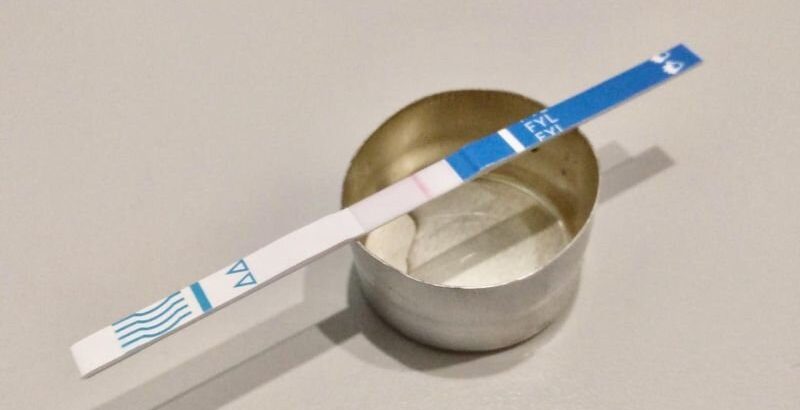 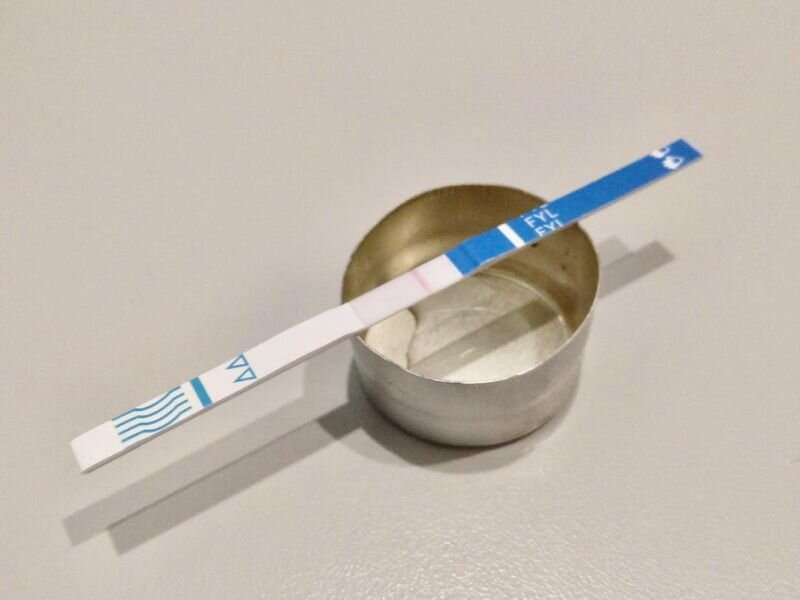 (HealthDay)—Potent and poisonous, the synthetic opioid known as fentanyl has infiltrated nearly every corner of the U.S. illegal street drug market, experts warn.

“This is the time of fentanyl, a drug that’s 50 to 100 times more powerful than morphine. [The drug] tells our brain to stop breathing and then causes the heart to stop,” said Van Asher, a harm reduction coordinator with Housing Works, a nonprofit social services organization based in New York City.

Everyone agrees that staying away from illicit drug use is the obvious way of avoiding fentanyl’s dangers. But for those who don’t, outreach organizations such as Housing Works now offer free “test strips” that can spot even tiny amounts of fentanyl in a street drug.

The need for fentanyl test strips is pressing: According to Courtney Lenard, a spokesperson for the injury center at the U.S. Centers for Disease Control and Prevention in Atlanta, “more than 56,000 people died from overdoses involving synthetic opioids in 2020,” an 18-fold rise since 2013.

“Fentanyl is now everywhere because people who sell substances do it to make money,” Lenard explained. “Illicitly manufactured fentanyl is cheap. So, if I have a kilo of heroin and I add fentanyl, I can quickly turn it into several kilos for nothing.”

Fentanyl is “now showing up silently mixed into all kinds of different things that people wouldn’t expect,” warned Asher. He said it’s being mixed with cocaine, crystal meth and ecstasy. It’s also being added to counterfeit versions of Xanax and prescription painkillers.

That’s where the use of test strips, increasingly popular among clubgoers and other recreational drug users, can potentially save lives.

Though fentanyl test strips can’t quantify how much fentanyl is present in a given drug sample, they “can tell you whether or not drugs contain fentanyl” at all, said Victoria Merlino. She’s assistant press secretary at the New York City Department of Health and Mental Hygiene.

The strips “can prevent overdose when used correctly, and with other risk-reduction practices,” Merlino said.

Occasional, recreational users of so-called “party drugs” may be at higher risk of a fatal fentanyl overdose than hardened addicts, Lenard warned.

“The risk of overdose exists when any fentanyl is present, given its potency and lethality,” she explained. However, the risk is “especially high among persons who are not tolerant to it, and may not be aware of the presence of fentanyl in what they are using,” Lenard said.

On the other hand, “test strips are typically inexpensive—about a dollar per strip—and typically give results within five minutes,” she said.

“And they’re very, very simple to use,” Asher added. There’s detailed information on directions for use at NYC.gov

Developed and sold by the Canadian biotech company BTNX, the single-test strips were the subject of a study led by Brown University and published in the November 2018 issue of the International Journal of Drug Policy.

Participants said they felt confident in using the strips effectively, and when a test strip revealed the presence of fentanyl, users typically took action to cut their risk for an accidental (and perhaps fatal) exposure, the study found.

“People really do want to be safe,” Asher said. Test strips can usually be obtained at no cost from local harm-reduction organizations, he noted.

In the meantime, tragedies tied to accidental fentanyl exposures continue to rise.

In August, a string of eight overdoses all occurred in the space of just three days in a handful of small towns located in the North Fork area of Long Island. All were linked to fentanyl-laced cocaine. The youngest victim was 25; the oldest 40. The police noted that “the dead were not hardened addicts but mostly recreational users.” Six of the eight—including a young father, a chef, a landscaper, and a jewelry maker—died. Two survived.

CDC data finds the problem is now nationwide. Between May 2020 and April 2021, nearly two-thirds (64%) of the more than 100,000 drug overdose deaths in the United States were tied to illicitly manufactured fentanyl or its chemical cousins. The steepest rise in deaths has occurred in the U.S. South and West, the CDC said.

The best way to avoid becoming a statistic is to avoid the use of illicit drugs, experts stressed.

Barring that, test strips can help, as can being cautious about the type and amount of drug consumed, according to New York City health expert Merlino.

Anyone taking any illicit drug should “start with a small dose and go slowly,” she said. Merlino also advised having the opioid antagonist drug naloxone (Narcan) on hand, which can help reverse an overdose in an emergency.

Available as an injectable or nasal spray, naloxone can quickly block the body’s opioid receptors. It’s a “lifesaver,” Asher believes.

“It’s a virtual safer consumption space where you call, we take your name, location, ask what and how you’re using, and if there’s anyone else with you,” he explained. “And then I’m going to stay on the phone with you while you use, until we can ensure you’re going to be safe and have a good outcome.” If and when a problem arises, a personal contact or local emergency medical services is called, he added.

Abstinence, testing strips and community outreach efforts like Never Use Alone are all crucial “because fentanyl risk is not going to dissipate,” Asher said.