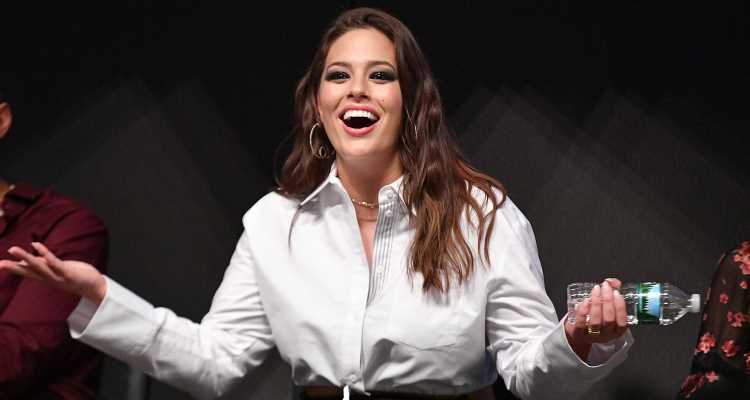 Some days, even despite John Mayer’s sweet serenade, you just don’t feel like your body is indeed a wonderland. And it looks like Ashley Graham is having one of those days—evidenced by a new workout vid the 31-year-old model posted to Instagram.

In the clip, Ashley is seen absolutely slaying a series of glute bridges with a weighted overhead reach and breaking a major sweat, per her dripping face and a growing wet stain under her boobs. Ah, yes, her boobs—the true star of this video as they, without fail, hit Ashley in the face with every. single. rep. “Casual when your tits and your chin meet. Very casual,” she says.

“These are things that—” the voice behind the camera, whom you can assume is trainer Kira Stokes, adds.

“You don’t have to worry about! I do!” Ashley hilariously retorts as she throws the weighted bag to her side.

I have never let my body come in the way of training and training hard. Boobs, butt, tummy – nothing stops me from moving my body and taking control of my health!

This boobs-to-the-face conversation continues in the post’s caption where Ashley writes, “I have never let my body come in the way of training and training hard. Boobs, butt, tummy – nothing stops me from moving my body and taking control of my health!” Yaaaaas, girl!!!

But Instagram’s fave body positivity queen (at least she’s #1 for me!) isn’t done yet. Ashley’s hysterical realness just keeps on flowing over on Ashley’s Instagram stories, where she shared six more workout videos.

In the first clip, Ash is working out her arms and back like a pro despite the text on the clip that reads, “I did not want to workout today. But I did.”

And now, not shockingly, “she’s tiiiiired!”—the exact phrase she yells at the camera.

Next up? Rope climbs and then burpees with a Bosu ball and overhead extension. For some context—and just general badass babe commentary—Ashley says to the camera, “I am doing modified and there’s nothing wrong with modified.”

She continues, “This is not called a girl push up. This is called modified!”

In the vids that follow, Ash transitions to mountain climbers and then banded donkey kicks where she uses her opposite arm to pull the sandbag.

Meanwhile, I’m over here totally pooped just from watching her…

This article originally appeared on Women’s Health US.