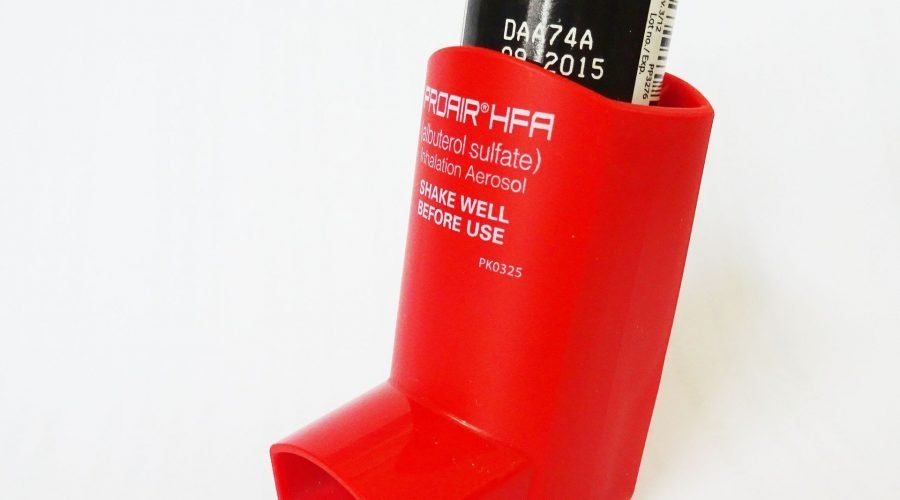 Confused about your asthma medications? Here’s what you need to know to sort out the main classes and numerous subtypes of asthma drugs.

The types and doses of asthma medications you need depend on your age, your symptoms, the severity of your asthma and medication side effects.

Because your asthma can change over time, work closely with your health care provided to track your symptoms and adjust your asthma medications, if needed.

These anti-inflammatory drugs are the most effective and commonly used long-term control medications for asthma. They reduce swelling and tightening in your airways. You may need to use these medications for several months before you get their maximum benefit.

In children, long-term use of inhaled corticosteroids can delay growth slightly, but the benefits of using these medications to maintain good asthma control generally outweigh the risks. Regular use of inhaled corticosteroids helps keep asthma attacks and other problems linked to poorly controlled asthma in check.Inhaled corticosteroids don’t generally cause serious side effects. When side effects occur, they can include mouth and throat irritation and oral yeast infections. If you’re using a metered dose inhaler, use a spacer and rinse your mouth with water after each use to reduce the amount of drug remaining in your mouth.

These medications block the effects of leukotrienes, immune system chemicals that cause asthma symptoms. Leukotriene modifiers can help prevent symptoms for up to 24 hours. Examples include:

In rare cases, montelukast is linked to psychological reactions, such as agitation, aggression, hallucinations, depression and suicidal thinking. See your doctor right away if you have any unusual reactions.

These bronchodilator (brong-koh-DIE-lay-tur) medications open airways and reduce swelling for at least 12 hours. They’re used on a regular schedule to control moderate to severe asthma and to prevent nighttime symptoms. Although they’re effective, they’ve been linked to severe asthma attacks. For this reason, LABAs are taken only in combination with an inhaled corticosteroid.

The most commonly used LABA for asthma is salmeterol (Serevent).

You take this bronchodilator daily in pill form to treat mild asthma. Theophylline (Theo-24, others) relaxes the airways and decreases the lungs’ response to irritants. It can be helpful for nighttime asthma symptoms. You might need regular blood tests to make sure you’re getting the correct dose. Potential side effects of theophylline include insomnia and gastroesophageal reflux.

Some inhaled asthma medication combinations contain both a corticosteroid and a bronchodilator:

These asthma medications open the lungs by relaxing airway muscles. Often called rescue medications, they can ease worsening symptoms or stop an asthma attack in progress. They begin working within minutes and are effective for four to six hours. They’re not for daily use. Some people use a quick-relief inhaler before exercise to help prevent shortness of breath and other asthma symptoms. Possible side effects include jitteriness and palpitations.

If your symptoms are minor and infrequent or if you have exercise-induced asthma, you might manage your symptoms with one of these medications alone. However, most people with persistent asthma also need an inhaled corticosteroid or other long-term control medication.If you need to use your inhaler more often than your doctor recommends, your asthma is not under control—and you may be increasing your risk of a serious asthma attack.

Ipratropium (Atrovent HFA) is a short-acting bronchodilator that’s usually prescribed for emphysema or chronic bronchitis, but is sometimes used to treat asthma attacks. It may be used either with or as an alternative to short-acting beta agonists.

These medications may be taken to treat severe asthma attacks. They can cause bothersome short-term side effects and more-serious side effects if they’re taken for a long period. Examples include:

Long-term use of these medications can cause side effects including cataracts, thinning bones (osteoporosis), muscle weakness, decreased resistance to infection, high blood pressure and reduced growth in children.

Medications For Asthma: Triggered By Allergies

Medications that focus on treating allergy triggers include:

You generally receive injections once a week for a few months, and then once a month for three to five years. In some cases, immunotherapy can be done more quickly. Over time, you should lose your sensitivity to the allergens.

Corticosteroid nasal spray helps reduce inflammation without causing the rebound effect sometimes caused by nonprescription sprays. Because it has few, if any, side effects, cromolyn is safe to use over long periods of time.

Your doctor may recommend treatment with biologics if you have severe asthma with symptoms not easily managed by control medications.

Omalizumab (Xolair) is sometimes used to treat asthma triggered by airborne allergens. If you have allergies, your immune system produces allergy-causing antibodies to attack substances that generally cause no harm, such as pollen, dust mites and pet dander. Omalizumab blocks the action of these antibodies, reducing the immune system reaction that causes allergy and asthma symptoms.

Omalizumab is given by injection every two to four weeks. It isn’t generally recommended for children under 12. In rare cases, this medication has triggered a life-threatening allergic reaction (anaphylaxis). In addition, the FDA has issued a warning about a slightly increased risk of heart and brain blood vessel problems while taking this drug.

Anyone who gets an injection of this drug should be monitored closely by health professionals in case of a severe reaction.

A newer class of biologic drugs has been developed to target specific substances secreted by certain immune system cells. For some people, certain white blood cells, called eosinophils, build up within body tissues. Eosinophils secrete substances, called cytokines, which cause inflammation. These biological drugs target eosinophils and cytokines, reducing their numbers within the body and lowering inflammation. Taken together with other asthma medications, biologics help people with more severe forms of asthma achieve greater symptom control. These medications include:

Making The Most Of Your Asthma Medications

Tracking symptoms and side effects and adjusting your treatment accordingly is key to keeping your asthma symptoms under control. With your doctor or other health care providers, write a detailed plan for taking long-term control medications and for managing an asthma attack. Then follow your plan.