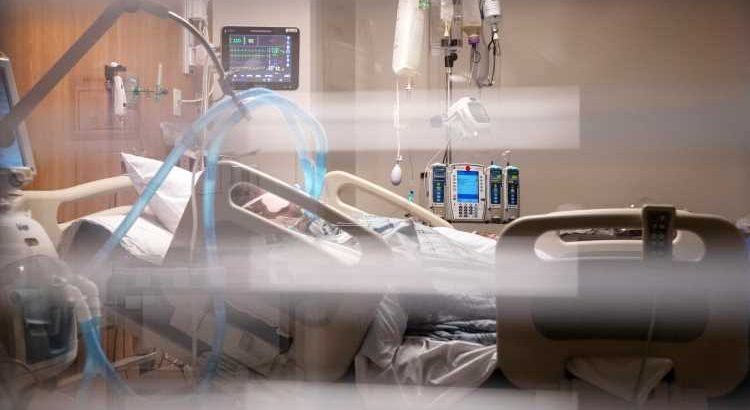 The lives of at least 36,000 Americans could have been saved if the U.S. had started enacting stay-at-home orders one week earlier, according to new estimates from researchers at Columbia University.

The push for social distancing to reduce the spread of the new coronavirus, COVID-19, began in mid-March in most of the U.S. But if it had started just one week earlier, around March 8, it would have severely lessened the outbreaks in hotspots like New York City, Detroit and New Orleans, and slowed the spread in locations around the country.

In New York City, the U.S. city with the largest outbreak, the number of deaths as of May 3 could have been reduced from 17,581 to 2,838, based on the researchers’ estimations.

“It’s a big, big difference. That small moment in time, catching it in that growth phase, is incredibly critical in reducing the number of deaths,” Jeffrey Shaman, an epidemiologist at Columbia and the lead researcher, told the Times.

By the time stay-at-home orders began — the greater San Francisco area started the first one on March 16 — researchers estimate that about 28,000 people had already been infected in cities like Boston, Chicago and Seattle. But without sufficient testing and contact tracing, there were just 99 confirmed cases in the U.S. that day.

The estimates assume, however, that Americans would have followed orders to stay inside at the same rate they did once the virus was already spreading, but while the number of cases was still low.

Still, on March 9, President Donald Trump was claiming that Americans were at a low risk and that the country did not need to shut down.

“Nothing is shut down, life & the economy go on,” he tweeted. “At this moment there are 546 confirmed cases of CoronaVirus, with 22 deaths. Think about that!”

The Trump administration slammed the study, saying that they had taken the correct precautions based on the information they had at the time.

“What would have saved lives is if China had been transparent and the World Health Organization had fulfilled its mission,” White House spokesman Judd Deere said, according to The Washington Post. “What did save American lives is the bold leadership of President Trump.”

Shaman, the study author, said that these findings should be looked at as a guideline for future public health crises.

“What we have before us is a very, very challenging problem,” he told the Post. “It requires political leadership and public compliance and a will on the part of everybody in society to make it happen.”

As information about the coronavirus pandemic rapidly changes, PEOPLE is committed to providing the most recent data in our coverage. Some of the information in this story may have changed after publication. For the latest on COVID-19, readers are encouraged to use online resources from CDC, WHO, and local public health departments. PEOPLE has partnered with GoFundMe to raise money for the COVID-19 Relief Fund, a GoFundMe.org fundraiser to support everything from frontline responders to families in need, as well as organizations helping communities. For more information or to donate, click here.