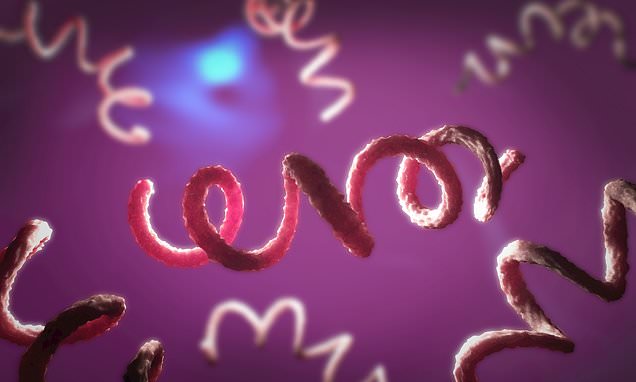 At least one baby died of syphilis in the UK last year as experts warn transmission during pregnancy is becoming more common.

The sexually transmitted infection (STI) is killing babies in Britain for the ‘first time in decades’, with cases among adults reportedly at their highest levels since the 1940s.

More pregnant women are going to hospital with the illness, which can pass through the placenta, with the number of times it was passed on ‘in the double figures’.

The British Association of Sexual Health and HIV said babies catching the infection has ‘dire outcomes’. 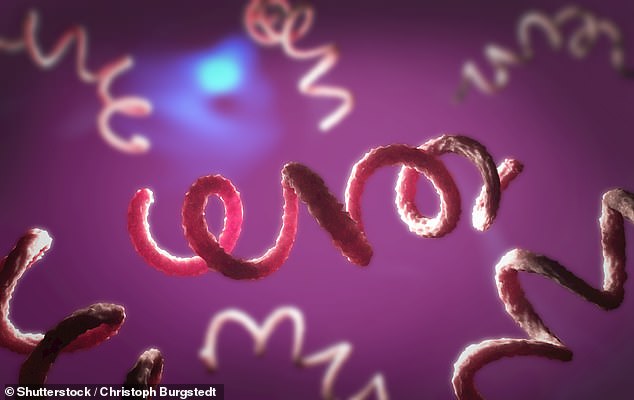 ‘We are seeing neonatal syphilis for the first time in decades and neonatal deaths due to syphilis in the UK,’ said Dr Olwen Williams, president of the BASHH.

‘I think that probably reflects some issues that we’ve got.

‘We are seeing an increase in women who are presenting with infectious syphilis in pregnancy, and that has dire outcomes.’

While speaking to Parliament’s Health and Social Care Committee, Dr Williams said at least one infant had died in the past year because of syphilis.

Spread by unprotected sex, the infection is treatable but can cause serious health problems if it goes unnoticed or infects a pregnant woman or baby.

It can spread from mother to child through the placenta before a baby is born, and potentially cause miscarriage or stillbirth.

Syphilis is a bacterial infection that is usually caught by having sex with an infected person.

Infected pregnant women can pass the STI to their unborn babies, which can lead to miscarriages or stillbirths.

Syphilis can also be spread by sharing needles with an infected person.

Symptoms are not always obvious and may eventually disappear.

If untreated, syphilis can spread to the brain or elsewhere in the body and cause disabilities or death.

Treatment is usually an antibiotic injection into the buttocks or a course of tablets.

People can reduce their risk by using condoms during sex, a dental dam (plastic square) in oral sex and avoiding sharing sex toys.

Syphilis cases are the highest they have been in more than 60 years in Britain, according to reports, and there was a 20 per cent rise between 2016 and 2017.

Statistics last year showed sexually transmitted infections, including syphilis, are also on the rise in over-65s, whose improving health and access to drugs like Viagra are keeping them sexually active for longer.

Dr Williams said budget cuts to sexual health services and people having difficulty accessing them has contributed to the spread of the illness.

And she last year pointed the finger at mobile dating apps for fuelling a rise in STIs because they make it easier to swap partners quickly.

The US is also in the grip of rising numbers of babies being born with syphilis, with the Centers for Disease Control and Prevention reporting a 20-year high in 2018.

The rate doubled in four years there, with 918 newborns contracting the disease from their mothers last year – a large proportion of them were in California.

In her discussion with the Health and Social Care Committee, Dr Williams also warned the Government needs to prepare to spend millions of pounds treating antibiotic resistant gonorrhoea soon.

She said resistance was a ‘major issue’ which could increase the cost of curing gonorrhoea from around £250 to £1,500 per patient.

This could mean additional costs to the NHS of up to £3.5million over the next four to five years, she said.

‘We are going to land in a situation where a simple disease, which is treatable with one injection and curable, will become an inpatient event of three days,’ Dr Williams told the committee.