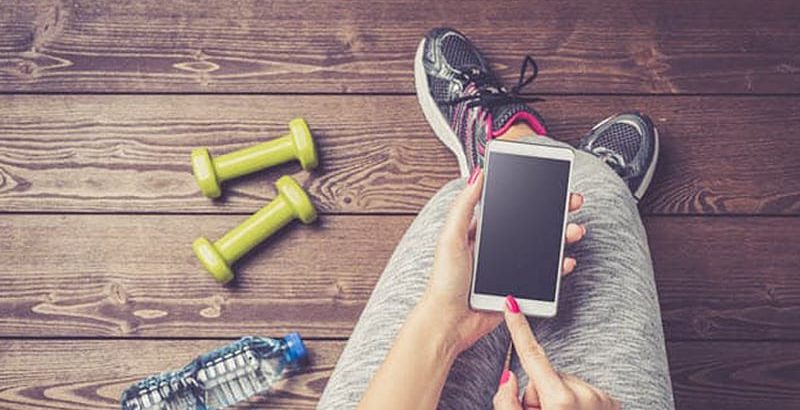 Type “fitness motivation” into your Instagram search box, and you’ll likely find a plethora of glistening six-packs and flexed biceps.

With health goals of your own, you may click on a profile, hit follow, and resolve to do “whatever they did” in hopes of similar results — which can often mean buying a diet and exercise program or maybe a new supplement they are advertising.

But before shelling out any cash, experts say to steer clear from any decisions based on photos or customer testimonials alone.

Many online content creators share weight loss tips and other health advice, but you should largely take this information “with a grain of salt,” says Deborah R. Glasofer, PhD, an associate professor of clinical medical psychology in psychiatry at the Columbia Center for Eating Disorders.

Instead, take time to research the person and find out if they are an expert in the type of health content they are sharing.

“As a clinician and scientist, I would ask, ‘What is their data?’ ‘What proof do they have that what they are recommending to people is useful?'” says Glasofer. “Have a sense of what this person’s credentials are and [ask yourself]: ‘Is this someone who I think is in a position to offer me advice that’s based on real data, not solely personal experience?'”

For exercise programs, you should ideally seek out information from those who have experience in the fitness industry — particularly those who train clients, says Aaron Ferguson, personal trainer to actor Will Smith.

“It’s very different when you are working with other people as opposed to just working on yourself — the things you learn and the way that you incorporate certain practices,” he says.

The ever-growing number of health and fitness influencers comes with both benefits and pitfalls, he says.

“You can get a massive amount of expertise from people who have been in the industry for an extended period of time,” says Ferguson. “There’s also the understanding that sometimes, the best teacher for a third-grader is a fourth-grader.”

Your favorite influencer is sponsored by a major protein shake brand. Their body looks ripped as they pose next to the products.

The protein shake must be the golden ticket, right?

Most of the time, he says, followers won’t truly know whether an influencer has used exogenous substances, like steroids or implants, in addition to their fitness plans.

“If a person is quite obviously taking an exogenous substance, yet claiming to be natural so they can use their results to create the illusion that a product is a key factor to their physique, most companies will turn a blind eye, knowing that this is probably the case,” Ferguson says. “I don’t know of any company that is independently drug testing the people they sponsor.”

People can respond differently to influencer posts about weight loss and exercise.

For example, people who are struggling or have a history with eating disorders should be more cautious, particularly when consuming “information on different ways of eating restrictively or exercising in an unhealthy manner,” Glasofer says.

Fitness content and overemphasis on strength or leanness can also be triggering to at-risk people.

“There can be an overt or more subtle communication of certain body types being what one ought to strive for,” Glasofer says. “That can get someone with an eating disorder sort of scrutinizing their body and becoming overly focused on body type, body composition, body weight — any of which is going to compromise recovery.”

Not all influencers are qualified offer health services in certain areas, and doing so can lead to major trouble, as a recent lawsuit in Texas shows.

This month, the state of Texas sued social media influencer Brittany Dawn, accusing her of selling customized fitness and nutrition plans costing up to $300 but largely selling the same plans to her customers.

Dawn, who has 466,000 Instagram followers and 247,000 YouTube subscribers, is also accused of misleading customers to believe she is qualified to help those facing eating disorders.

According to the lawsuit, seen by Insider, Dawn denies offering services to those with eating disorders, but she said 14 people complained to her and referred to the illnesses in their official complaints.

Court documents say Dawn made a YouTube video sharing her recovery from an eating disorder, and when posting the video on social media, she shared links to her nutrition and fitness plans. This led some to believe she could tailor plans for those struggling with these illnesses.

“The main reason I chose her out of all the coaches out there was specifically that she advertised herself as an ‘eating disorder soldier,'” one former customer said, according to Insider.

If you are looking to lose a few pounds or reach a certain health goal, a trusted health care provider should be your first stop, Glasofer says.

“If you’re really worried that you have a particular health issue and you need to make a change, most of us in the health care field would not recommend just Googling it,” she says.

“It [health and fitness] is such a big industry that it’s just helpful to do as much vetting as possible.”

But for an overall healthier social media experience, Glasofer recommends using content outside of just weight loss and exercise.

“I always encourage people to be pursuing other interests and follow people who are influencers about travel, culture, or other things, so that this isn’t all you are seeing when you log on to your account,” she says. “I think that can help keep it in perspective.”