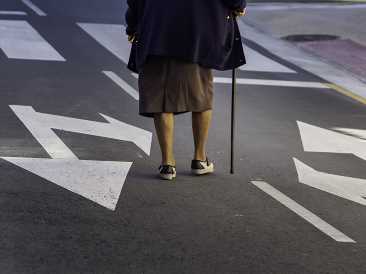 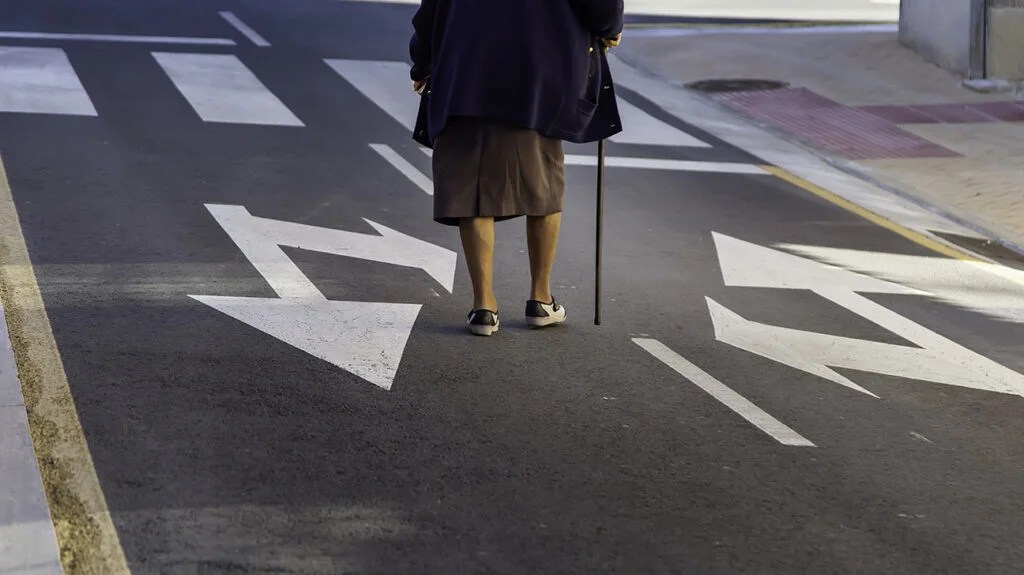 Experiencing feelings of loneliness three or more times a week may increase the risk of developing dementia later in life, according to a recent study in the journal Neurology.

The study showed that individuals experiencing loneliness, who were otherwise at lower risk of dementia due to genetic risk factors and age, had a threefold higher risk of developing dementia.

The study’s first author Dr. Joel Salinas, a neurologist at New York University Langone Health, told Medical News Today: ”[This study] provides Class I level of evidence (the highest level available) that lonely adults, especially those without major age or genetic risk factors, may have an elevated risk and early neurocognitive vulnerability for developing dementia. This magnifies the population health implications of observed trends in the growing prevalence of loneliness.”

“These findings not only establish this link between loneliness and dementia risk much more firmly, but also have implications for how we think about risk factors for dementia, the relevance of basic loneliness screening in assessing individuals at greater risk, and how there is a potential to underestimate this risk in lonely adults, especially if they don’t have any known genetic risk factors like the APOE e4 allele.”

The APOE e4 allele, known as apolipoprotein E, is a fat-binding protein involved in the metabolism of fat and glucose regulation. The allele has a major effect on the progression of age-associated diseases, including Alzheimer’s disease (AD), by influencing the brain function pathways.

Loneliness and dementia: Is there a link?

Moreover, feelings of loneliness are especially common in older individuals over the age of 60 years, with estimates ranging from 13% to 43%.

“Older people are at a heightened risk of loneliness due to dwindling networks as friends and family die, they live alone or move to an aged care facility where they may be unable to connect to many residents due to communication challenges as a result of dementia. This may result in social isolation, or they may feel lonely,” Dr. Wendy Moyle, the program director of the Healthcare Practice and Survivorship Program at Griffith University, Brisbane, Australia, explained to MNT.

Loneliness can have adverse effects on health and is associated with an increased risk of cardiovascular diseases and all-cause mortality.

Although some previous studies have shown that loneliness is associated with an increased risk of cognitive decline and dementia, other studies have reported an absence of such an association.

Moreover, whether loneliness causes dementia or is a symptom of these conditions is not understood.

The present study examined the association between loneliness and dementia. To further enhance the understanding of the impact of loneliness on cognitive function, the researchers used data collected from a large sample of dementia-free individuals who were rigorously monitored for dementia over a long follow-up period of 10 years.

Specifically, the researchers obtained data from the Framingham Study, a population-based longitudinal study initiated in 1948 to understand the multigenerational patterns of cardiovascular and other diseases.

A three-fold increase in dementia risk

To examine the potential impact of loneliness on cognitive decline and dementia, the researchers analyzed data from 2,308 individuals enrolled in the Framingham Study.

The participants were rigorously monitored over the 10-year follow-up period for the incidence of dementia.

To understand the relationship between loneliness and dementia, the researchers only included participants aged 60 years and older. They excluded younger participants due to the lower risk of dementia in individuals aged under 60 years.

The researchers used the Center for Epidemiologic Studies Depression Scale, a standardized questionnaire, to assess the prevalence of loneliness at baseline. Individuals who reported feeling lonely at least 3 days in the week before the administration of this questionnaire were classified as being lonely.

The researchers found that 144 out of the 2,308 participants (6%) felt lonely for at least 3 days during the previous week. These participants who experienced frequent loneliness had an increased likelihood of developing dementia during the 10-year follow-up period than those who were not lonely.

The association between loneliness and increased risk of dementia was not significant in individuals aged 80 years and older. Moreover, participants under 80 years who experienced loneliness were twice as likely as their counterparts who were not lonely to develop dementia.

The researchers also examined the influence of genetic risk factors on the association between loneliness and the risk of dementia. Individuals carrying a specific allele or version of the apolipoprotein E gene (APOE ε4) are at increased risk of dementia.

Among participants aged under 80 years who did not possess the APOE ε4 gene, loneliness was associated with a three-fold increase in the risk of dementia.

The weaker association between loneliness and risk of dementia in individuals carrying the APOE ε4 gene and those older than 79 years may be due to genetic factors and age-associated factors playing a more prominent role in causing dementia in these individuals.

Previous studies have shown that changes in cognitive function and structural changes in the brain precede the manifestation of the clinical symptoms of Alzheimer’s disease and related dementias (ADRD).

In the present study, the researchers investigated the association between loneliness and early cognitive and brain imaging indicators of ADRD in a subset of 1875 participants aged 40 to 79 years.

Based on cognitive tests conducted at baseline, the researchers found that loneliness was associated with poor executive function, which includes higher-level cognitive processes such as decision making, planning, and reasoning.

The researchers used brain MRI scans conducted at baseline to measure brain volume and damage to white matter, which consists of nerve fibers or axons.

The researchers found that loneliness was associated with greater white matter injury and lower brain volume, which are early markers of dementia.

In sum, these results suggest an association between loneliness and early cognitive and brain imaging indicators of vulnerability to dementia in adults aged under 80 years. In other words, this indicates that loneliness may be involved during the early stages of cognitive decline and may thus potentially contribute to dementia.

The authors also noted that the 10-year follow-up period in the study was longer than that required for dementia to develop in individuals with mild cognitive impairment or other related symptoms. This may suggest that loneliness assessed at baseline, instead of being an early symptom of cognitive decline, likely contributed to the decline in cognitive function.

Due to the observational nature of the present study, these results do not establish whether loneliness is a cause or symptom of dementia. Yet, the potential role of loneliness in increasing the risk of dementia highlights the importance of screening individuals for loneliness and interventions to tackle loneliness.

Dr. Moyle said: “This study supports the earlier studies showing the relationship between loneliness and risk of dementia. However, it is no clearer whether loneliness is an early symptom of dementia or an early contributor to cognitive decline and neuropathology. Perhaps until we can identify very early indicators of dementia, we will not be able to address this question.”

“Either way, we need to understand how to manage and reduce the incidence of loneliness in society. This is essential given the incidence of loneliness, according to research, is increasing in older populations. Although loneliness overlaps with social isolation, it is a distinct feeling; one can be socially isolated and not feel the distressing feeling of loneliness. Lonely people can feel lonely even when they are surrounded by hundreds of well-meaning people. It is this that makes loneliness so difficult to manage. Further research on management strategies to address loneliness in older adults is needed,” added Dr. Moyle.

Similarly, Dr. Andrew Steptoe, Professor of Psychology and Epidemiology at University College London, told MNT: “Two issues are unresolved. The first is whether loneliness is a genuine causal factor in the development of dementia, or whether it is an early indicator of degeneration in the brain that will progress to dementia over time.”

“The second important issue for the health of the public is whether reducing loneliness among older people would help decrease their risk of dementia. This question is very difficult to study scientifically, but loneliness and social isolation are already known to put people at increased risk for mental ill-health and a number of other physical health problems. So, the present study adds to the case for taking loneliness seriously in relation to dementia as well.”

Referring to the potential role of loneliness in cognitive decline, Dr. Salinas said, “Future studies need to clarify the underlying biological pathways involved, but there is much that individuals can do now to help address loneliness in themselves, their friends, families, and their communities.”