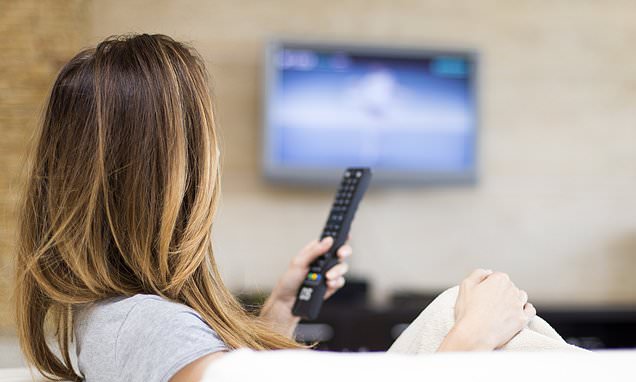 Binge-watching your favourite TV series is bad for your brain because sitting on the sofa for hours creates an unhealthy environment, warns neurologist

Binge-watching your favourite TV series is bad for your brain, a neurologist has warned.

Dr Randall Wright, based in Texas, said the need to watch episode after episode has a similar effect on the brain to gambling.

What’s more, Dr Wright added that sitting in front of the screen for hours creates an ‘unhealthy environment’.

The past time often leads to social isolation, snacking on junk food and a lack of exercise and sleep, which, over time, is bad for the brain, he said.

But he said it is possible to ward off the side effects of being a coach potato with four tips, including opting for hummus instead of chips. 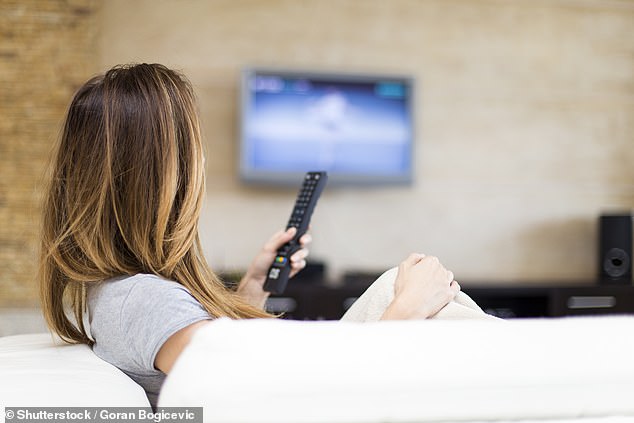 Binge-watching your favourite TV series is bad for your brain, a neurologist has warned

When you let auto play start the next episode so you can find out what happens in the cliffhanger, your brain receives positive feedback, Dr Wright wrote in an article for the Houston Methodist Hospital.

This instant gratification is similar to gambling where even after a win, you are not satisfied and want to continue playing.

Excessive TV watching is linked to eight of the major causes of death, including cancer, liver disease and Parkinson’s, a study published in 2015 found.

Researchers at the National Cancer Institute in Michigan discovered that those who watch more than three-and-a-half hours of television a day are not only at risk of cancer and heart disease, but also diabetes, flu, pneumonia, Parkinson’s and liver disease.

People who watched between three and four hours of TV a day were 15 per cent more likely to die from a common cause of death, compared to those who watched less than one hour a day and died naturally, according to the findings in the American Journal of Preventative Medicine.

A study published in July 2016, also found binge-watching numerous episodes of your favourite TV series could be deadly.

Adults who spend five hours in front of the television each day are two-and-a-half times more likely to die from a blood clot in the lungs, Japanese scientists said in the journal Circulation.

With binge-watching, you are not satisfied with stopping after episode five and want to continue watching.

This cycle coupled with the snacking and sedentary behaviour of binge-watching can lead to unhealthy changes in your brain and body over time.

Dr Wright said: ‘Binge-watching itself is not bad.

‘But if you incorporate these tips into your binge-watching routine, you can create lasting healthy habits and still enjoy the occasional binge-watching session without hurting your brain.

‘It’s important to recognize that the brain is not an isolated organ — it responds to its environment.’

Dr Wright suggested exercising before a binge-watching TV – or even inbetween episodes – because activity helps the brain generate new cells.

Setting an alarm can be helpful for reminding yourself to go to sleep at a decent time.

Spending too much time in isolation can lead to depression, Dr Wright said, so it’s important to balance TV viewing with socialising.

As for the snacks, Dr Wright advises to stay away from salty, fatty, calorific foods. Research has shown unhealthy eating while binge-watching can lead to piling on the pounds.

Dr Wright is not the first doctor to advise against a popular past-time of the 21st century.

In June, experts said standing while binge-watching TV series can help avoid the risks of heart disease and obesity from sitting too much.

Research into the health effects of binge-watching is still in its infancy, but studies have already highlighted some of its dangers.

WHAT ARE DR WRIGHT’S TIPS FOR BINGE-WATCHING

1. Pick a bedtime: Sacrificing hours of sleep for binge-watching can make the brain slow and sluggish the next day. On top of feeling tired and unfocused, not getting enough sleep can affect our memory, mood, immune system, heart health and hormone balance.

‘The average adult needs between seven to nine hours of sleep every night,’ Dr Wright said. ‘Before you start your show, determine what time you need to go to bed to get enough sleep. It might be helpful to set a bedtime alarm so that you don’t lose track of time and to help you stick to that decision.’

2. Prioritize exercise: Like sleep, exercise may be postponed in favor of binge-watching.

‘Recent research has shown that the brain can generate new cells and connections through a process known as neurogenesis, and exercise is key to that process,’ Dr Wright said.

‘Taking a walk around your neighborhood before binge-watching and standing for five minutes during every episode can help keep your body and brain active.’

3. Invite friends: While you might enjoy binge-watching or find it is a good way to reduce stress, spending hours with the television as company is not good for your mental health.

‘If you’re watching TV for six hours, that’s six hours of not interacting with others,’ Dr Wright said. ‘Six hours may not seem like a lot, but if you binge-watch regularly, the hours alone add up and can lead to depression and other mental health issues.

‘Balancing time alone with the television and time spent with loved ones is the key to avoiding social isolation.’

Dr Wright recommends inviting friends over to watch shows with you or making plans to spend time with loved ones before or after a binge-watching session.

4. Smart snacking: While unhealthy snacks are easy to grab while binge-watching, opt for something with more nutritional value.

‘Hummus and vegetables, edamame or fruits are great snacks if you crave something to eat while binge-watching,’ Dr Wright said.

‘Try to stay away from binge-eating salty, fatty foods when you sit down to watch television.’

Dr Wright also recommends only filling up the snack bowl once. When the brain is focused on what we are watching, we tend to eat on autopilot and end up eating more than we normally would.