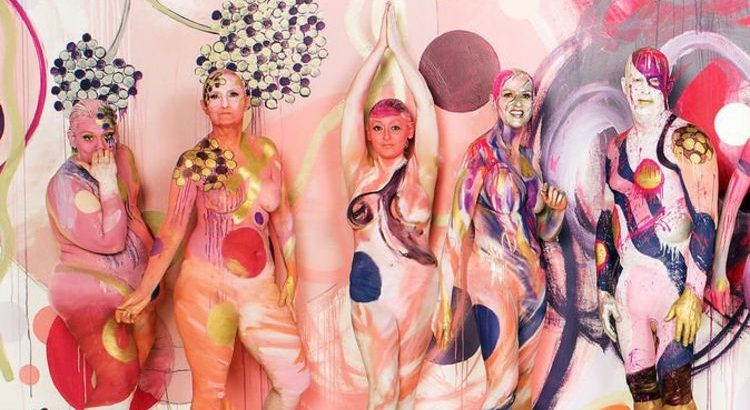 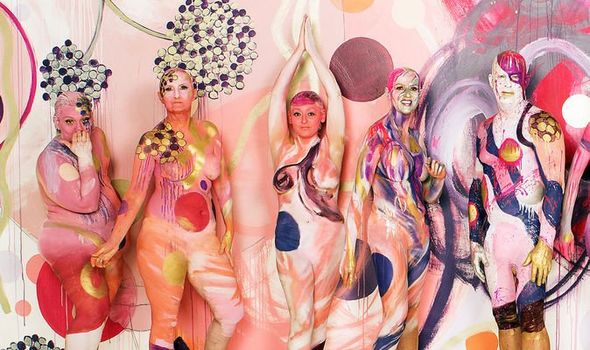 But that was 12 years ago. Now 61, Gina has outlived her doctor’s expectations and says she simply chose to live her life to the fullest for as long as she can. “I felt numb when they told me,” says the grandmother from Biggleswade, Bedford-shire. “My arms and my face just went numb and I couldn’t get a breath properly. “The end of the world happened to me in that minute. I was scared but I did go home and make my arrangements, I sorted my funeral and even picked a burial plot. 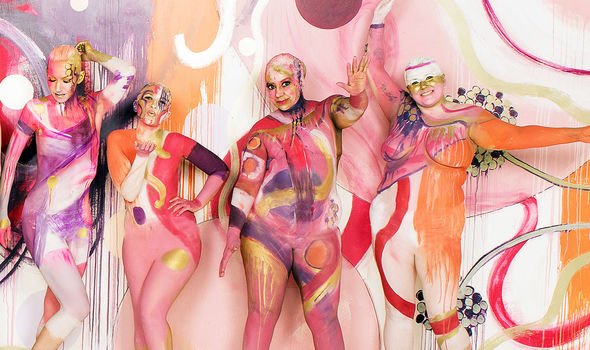 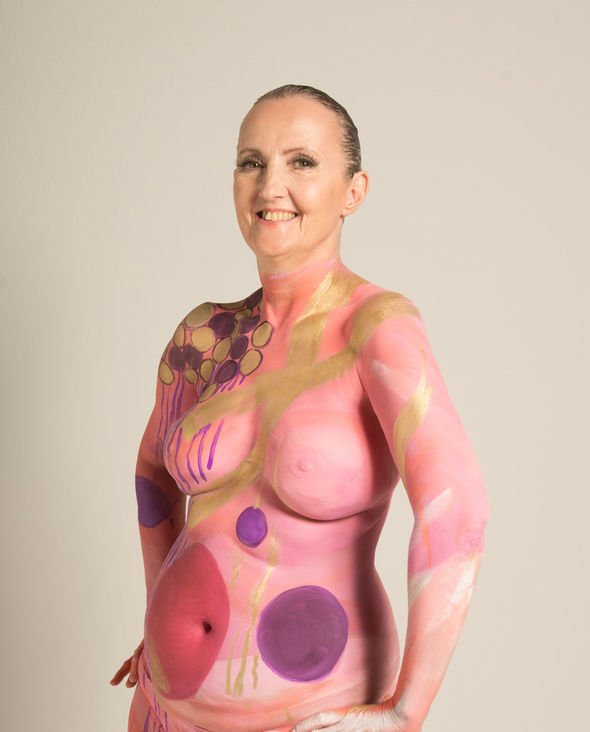 “Then one day I just felt I can’t do this and give in to it, throw everything away when I’m still here.

“Some people say to me it is because I’m so positive and, yes, I am a positive person but I’m not sure that is correct because I have had dear friends who have been so positive who have not made it. I really don’t know why I’m here. I’m just lucky.

“I get survivor’s guilt, where I’m still here and they’re not. It makes me feel bad and I don’t quite understand it all.”

To celebrate the life she has, and the wars her body has gone through, Gina bared all in an innovative campaign by the Pink Ribbon Foundation, where breast cancer survivors stripped off and were decorated by body painter and fine artist Filippo Ioco.

The pictures, for Breast Cancer Aware-ness Month, feature eight women, representing the UK’s one in eight who will suffer, and one man, symbolising the one per cent that are male. 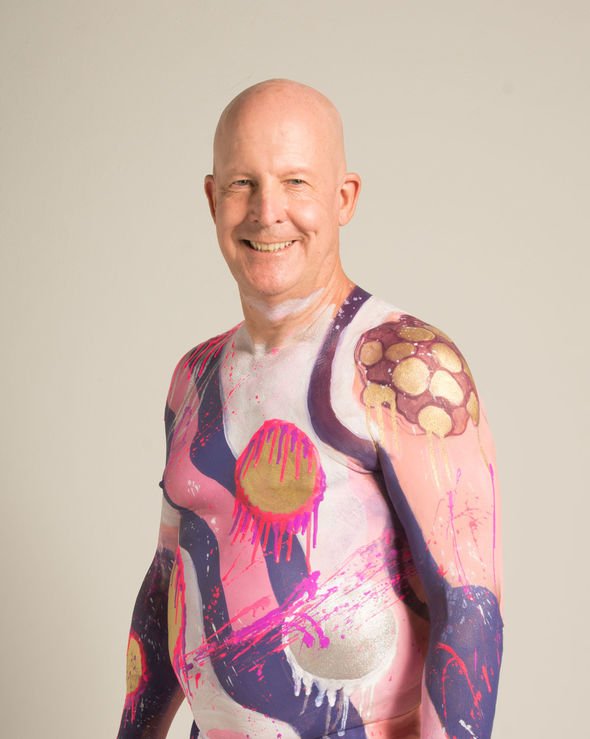 In fact, last week Beyonce’s father Mathew Knowles, 67, revealed that he was diagnosed with breast cancer and their family carries the mutated BRCA2 gene that increases cancer risk.

Andrew Fowler, 64, was shocked when he was diagnosed with breast cancer in the year 2000 because he didn’t even know that men could get it.

The retired banker said: “I just never knew it was possible. And when I talked to my friends and family they never knew either.

“The first time I went to get the drug tamoxifen I went to a pharmacist. She said, ‘This isn’t for you, is it? You can’t have it, it hasn’t been approved for men’, which simply wasn’t true. Luckily I knew the law but if I hadn’t she wouldn’t have given it to me.

“I thought it was hilarious because all the literature was aimed at women. After the operation you have to do certain exercises, which are all designed for women, so I had to invent my own. It’s funny being a man in a women’s world because women have it tough in a man’s world so often.”

This was why he also decided to brave the photoshoot. “The shoot was great, we all had such a laugh and it was wonderful sharing stories,” he says. “You can’t be maudlin or morbid, you have to be constructive.” 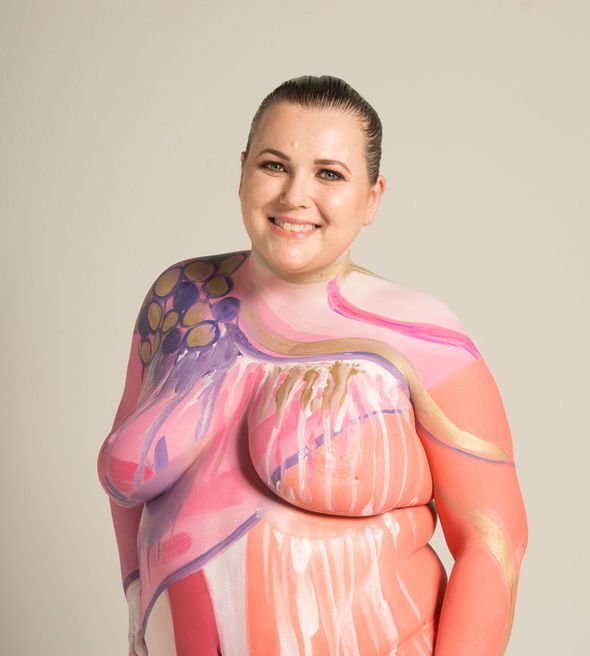 That is the attitude of Laura Bailey, 37, too. She was diagnosed with breast cancer in 2017 with stage three inflammatory breast cancer that had spread to 11 of her lymph nodes.

She had chemotherapy, radiotherapy and a mastectomy, but sadly in 2018 she was told it was now in her hip bones. She is incurable.

The mother of three, from Sutton, south London, says: “I have to keep that fact at the forefront. I can’t get into the idea that a miracle might happen, for my mental health anyway. I don’t want to be a fantasist.

“I could pretend and say I’m going to get through this but I would rather be the best mum and wife and person I can be. They say I’ve hopefully got about 10 years.

“You know when people say we are all going to die, you could get hit by a bus? The difference is you never know that bus is coming. When you’re in my position the bus sounds like a nice option. 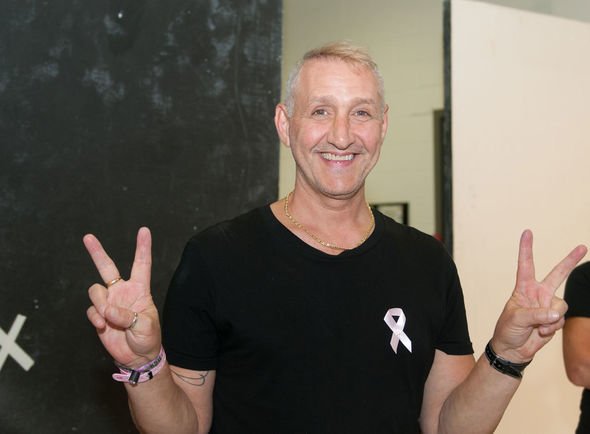 “The fact that I hug my three-year-old and think, ‘I won’t see you finish school, I won’t know your children’. That’s the hardest.

“It can feel very hollow, so you just try and stuff as much love and life into it. I love my husband and children. That’s my happy place.”

She says of the photoshoot: “I want a picture of my body out there that doesn’t make me cry. It was a once in a lifetime opportunity. It was like reclaiming myself, being part of something bigger, something symbolic.”

This photoshoot was sponsored by Valspar Paint to celebrate its partnership with the Pink Ribbon Foundation, with two exclusive pink paints created to raise money for breast cancer charities. For more information or to make a donation, go to pinkribbonfoundation.org.uk

Women who stand up and be counted: 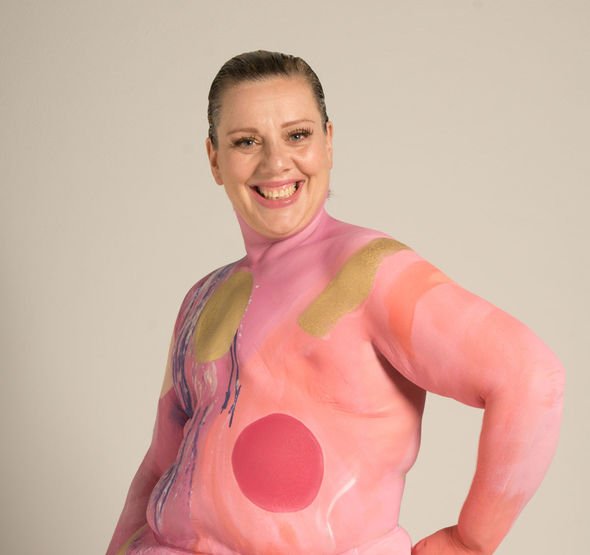 ● Fran Haworth, 48, from Mitcham, south London, is nine years cancer free. She had a double mastectomy and partial hysterectomy in 2010 after learning she carried the mutated BRCA2 gene despite no family history. She said: “I never thought it would happen to me. If I can help one other woman I can feel like I have done something.” 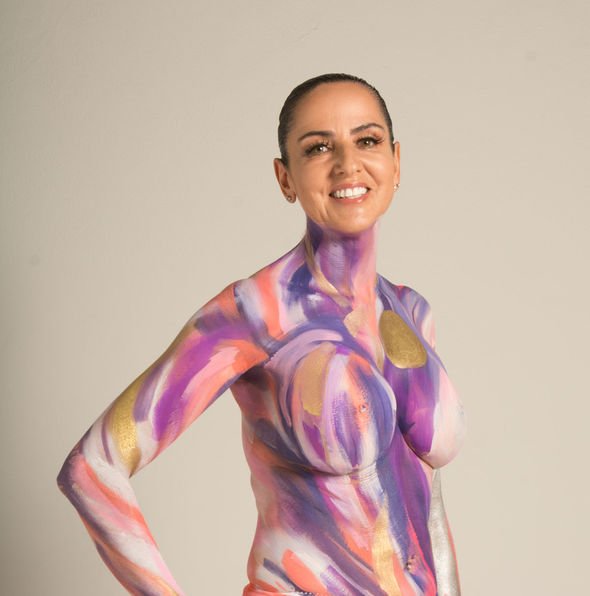 ● Helen Smith, 55, from Leigh-on-Sea, Essex, never had breast cancer but inherited the mutated BRCA1 gene, and took the same route as Angelina Jolie in choosing a preventative double mastectomy. She said: “It was a no brainer. As soon as I knew I had it I was a basket case. It felt like I was sitting on a ticking time bomb. Afterwards it was like I could come up for air.” 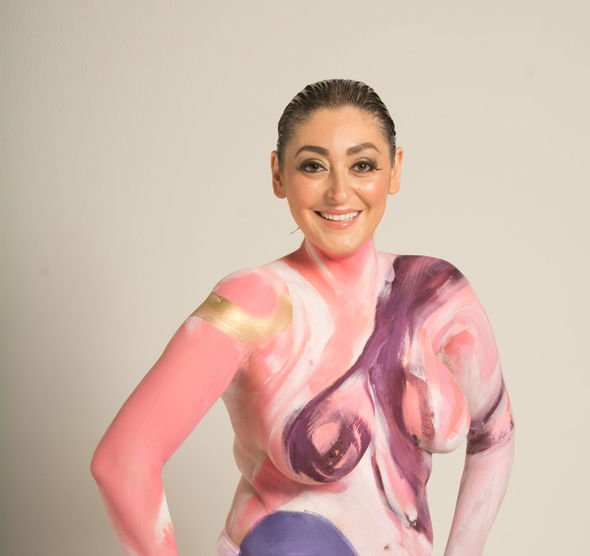 ● Instagrammer Kaz Foncette, from Tottenham, north London, was just 31 when she was diagnosed with stage two breast cancer two years ago and was diagnosed again in January. She said: “We were so young, starting our married lives, thinking about travelling or nights out. I had no idea it was possible at that age, I didn’t even think to check. I thought it was important to raise awareness and be liberated by doing the shoot.” 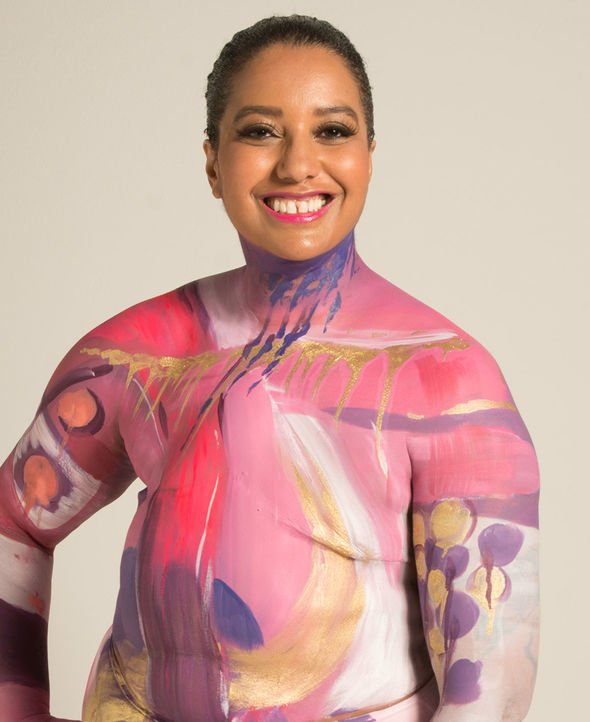 ● Saxophonist Rosemary Quaye, 50, from Knutsford, Cheshire, had a mastectomy after being diagnosed with ductal carcinoma in situ (DCIS) and stage one ductal carcinoma. She had an invitation to have a mammogram early, aged 49, and nearly turned it down. “That scan saved my life. If you have a chance to be checked or suspect anything go for it. I had no lump, no itching, no pain, nothing. You never know.” 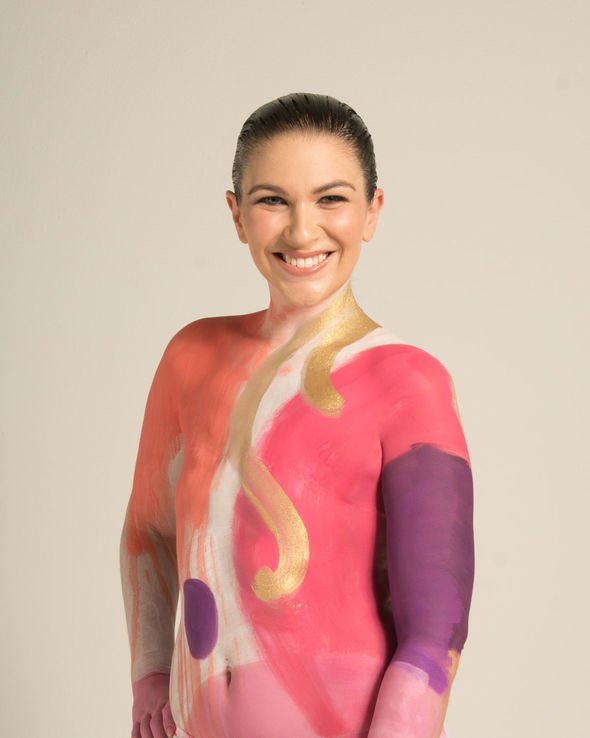 ● Vickie McHugh, 35, from Sutton Coldfield, Birmingham, was diagnosed with breast cancer in August 2017 having been misdiagnosed for almost a year with a cyst caused by breastfeeding. If it wasn’t for her persistence she might not be here today. She said: “Even a five-minute check can save your life. If something doesn’t feel right keep going back till you feel happy.” 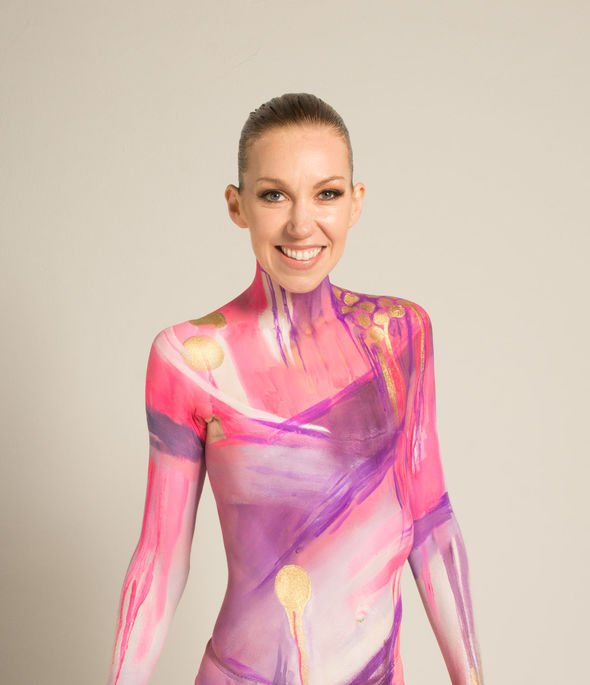 ● Dancer Samantha Vale, 36, from Chesham, Buckinghamshire, had a double mastectomy after being diagnosed with invasive breast cancer last year, but more cancer was discovered in July and she is to start more chemotherapy. She chose not to reconstruct her breasts. “I want to show people you can be flat and still beautiful. It isn’t an option that is often presented to you, but I want people to know it is there.”