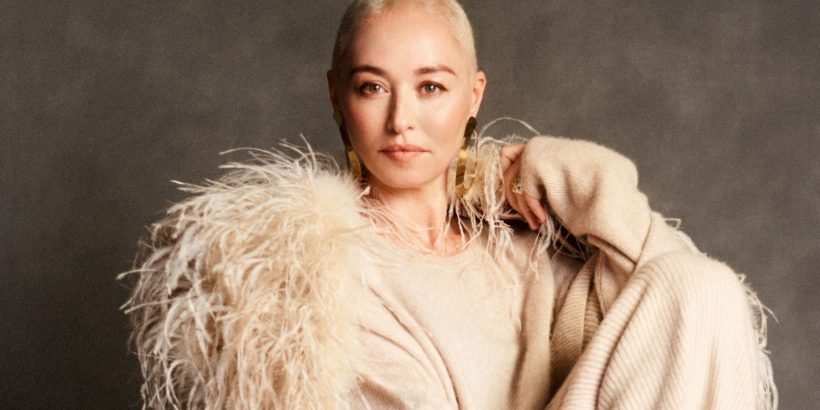 In her own words, Camilla Franks has had a big year. “I was pregnant, I gave birth, I danced with the devil that was cancer – it was light and darkness all in one,” she recalls. “It was tough and it was challenging, but in a strange way, it was my greatest year yet.”

That bold positivity has become something of a signature for Camilla, not just the woman, but the brand, which was born in Sydney’s Bondi back in 2004 and has since grown into a global super-brand. Her colour-splashed kaftans are beloved by Beyonce, Oprah and JLo, plus a loyal “tribe” of followers who’ve been by Franks’ side through every up and down of the past 15 years.

Last May, Franks was locked in a love bubble with her fiance JP Jones, a musician and artist, and their three-month-old daughter, Luna. “Her arrival was wild and incredible,” marvels Franks, who conceived her baby naturally at 41. “From the moment we met Luna she brought unparalleled happiness – and she’s deepened the love between JP and I.”

It was while feeding her newborn that Franks discovered a lump in her breast. “It kept growing. I was told over and over that it was mastitis, but,” her voice wavers, “it wasn’t mastitis.” Eventually, Franks was delivered the earth-shattering news that she had breast cancer.

Franks speaks candidly about the three waves of emotion that have accompanied her illness: first shock, denial and terror; then a period of fight and survival – “You put on your warrior hat and treat cancer like a job” – and finally a sense of self-exploration and acceptance.

It was during the second phase that Franks gathered her closest friends to watch Jones shave her head. “It was confronting and scary but it was the one thing I had control over,” says Franks steadily. As her waist-length locks fell to the ground, she felt like she’d been stripped back to her most raw and authentic – and, in a strange way, her most beautiful. “If it wasn’t for what it represented, I’d actually love my new hair,” she says of her dyed blonde crop. “Actually, I secretly do love it!”

This article originally appeared on marie claire. Read the full story in the April issue of marie claire, on sale now.

RELATED: This Is What It’s Like To Be Diagnosed With Breast Cancer At 27 Years Old