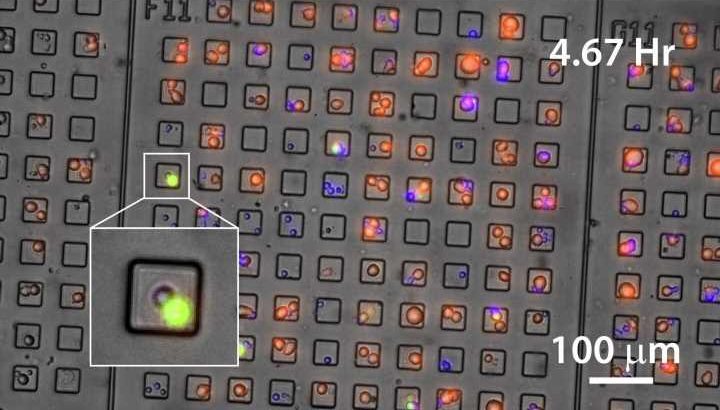 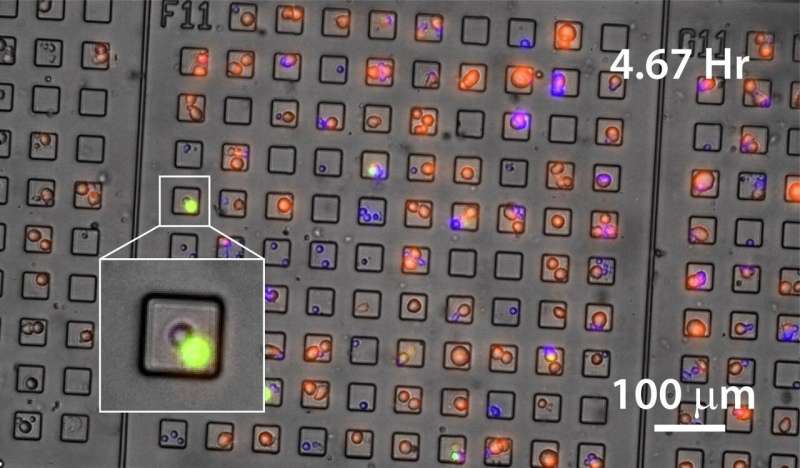 Treatments for beating tumors are mainly based on CD8 T lymphocytes, which specialize in detecting and eliminating intracellular infections and in killing cancer cells. A large proportion of patients, however, do not respond to these treatments. This prompted a research team from the Swiss Cancer Centre Léman (SCCL, Switzerland) to bring together the universities of Geneva (UNIGE) and Lausanne (UNIL), the Ludwig Institute for Cancer Research (LICR), EPFL and CHUV to investigate CD4 T lymphocytes. While these play a supporting role with CD8 T cells, their ability to eliminate tumor cells directly has been a matter of controversy. Using innovative nanoimaging technologies designed at the EPFL laboratory, the scientists found that when the CD4 T lymphocytes were put in close contact to the cancer cells, up to a third of them could kill them. This discovery, the subject of an article in Science Advances, is significant and broadens the therapeutic perspectives based on administering CD4 T lymphocytes to patients who are resistant to conventional therapies.

When cancer cells proliferate, the immune system kicks in. The first line of fighters capable of destroying tumor cells are CD8 T lymphocytes known as cytotoxic T cells, backed up by CD4 T lymphocytes. The latter secrete factors that help the former in many ways. Camilla Jandus, last author of the study and a professor in the Department of Pathology and Immunology in UNIGE’s Faculty of Medicine and adjunct scientist at LICR, says, “That’s why lots of cancer treatments are based on CD8 T lymphocytes. Unfortunately, some patients don’t respond to these treatments, and so we have to find new ones.”

The SCCL team turned their focus to CD4 T lymphocytes, which offer invaluable support to the immune system, as Pedro Romero, a professor in the Department of Fundamental Oncology in UNIL’s Faculty of Medicine and Biology, explains: “These have a much wider spectrum of functional specializations than CD8 T lymphocytes, and for a long time, we didn’t know for sure whether they had the capacity to differentiate into killer lymphocytes.”

To address this question, the scientists examined CD4 T lymphocytes from around 20 patients with melanoma who were being treated at CHUV. “Although melanoma isn’t the most common skin cancer, it is the deadliest, and it’s particularly sensitive to immunotherapies,” says Professor Jandus. The researchers isolated the CD4 T lymphocytes from both the blood and fragments of the tumors with the idea of comparing them directly. Dissociated tumor cells and CD4 T cells were co-incubated to observe their behavior individually. Observation tools were then required to provide high resolution down to the single-cell level.

“We created chips of over 20,000 mini-wells of 65 picolitres (1 picolitre = 10-12 liters) that can accommodate a CD4 T cell and a tumor cell in each of them, and function like boxing rings,” says Hatice Altug, a professor in EPFL’s Bionanophotonic Systems Laboratory. The researchers then photographed all these thousands of wells simultaneously every five minutes for 24 hours in order to observe the interactions occurring between the two cells from a large set of pairs. “We know that it takes about two and a half hours for a CD8 to kill a tumor cell, and we decided to observe these boxing rings for 24 hours without knowing how, or if, the CD4s would react,” says Professor Altug.

A third of the CD4s emerged victorious

The high-throughput integration of dynamic imaging data showed that up to one-third of the CD4 T lymphocytes succeeded in killing the tumor cells to which they were closely linked within five hours. Professor Romero says, “These direct observations at the level of individual lymphocytes, which were revealed for the first time at such a level of sensitivity, definitively confirm the existence of CD4 T lymphocytes capable of killing tumor cells. And this happens while the tumor cells sometimes manage to divert them from their function of providing protective support to make allies of them.”