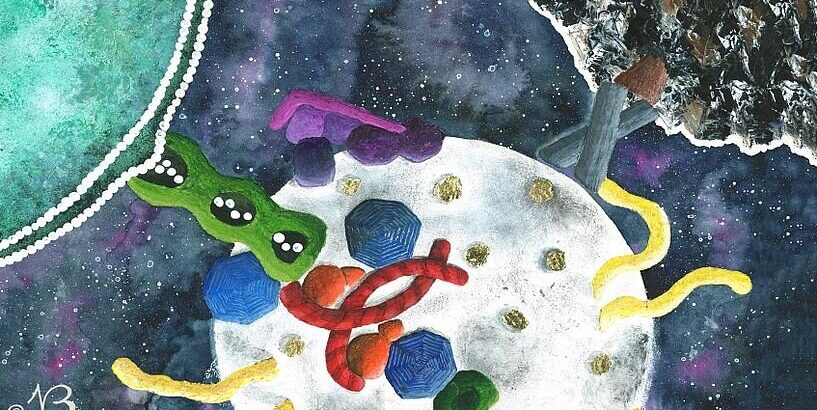 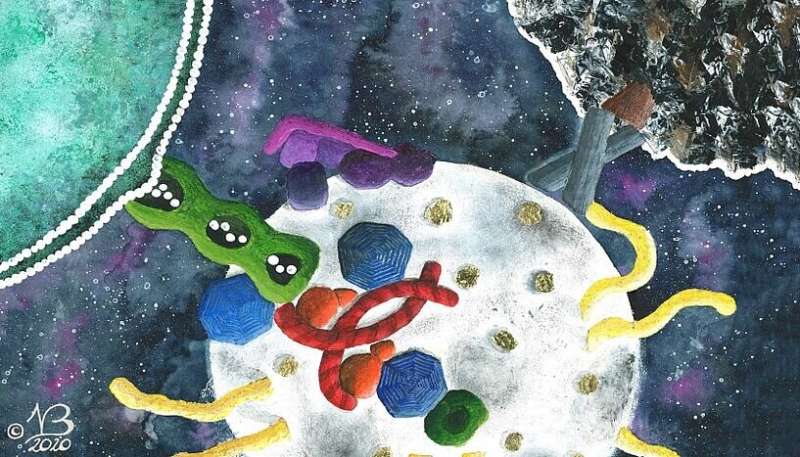 A ‘waste collection’ tidiesup our cells. If something does not go according to plan, serious diseasessuch as Alzheimer’s or Parkinson’s may develop. Molecular biologist Sascha Martens from the University of Vienna together with international partners—researchers of the University of Pennsylvania, Monash University, the Max Planck Institute of Biophysics in Frankfurt and the UC Berkeley—investigate the associated process: autophagy. Martens and his team have recently published new results on these mechanisms in Nature Communications and the Journal of Biological Chemistry.

With investigating a tiny mechanism happening every millisecond in every single one of our body cells, an international team of researchers is helpingto create the foundations for the treatment of neurodegenerative diseases. The key process that the scientists investigate in this context is the cellular waste disposal system. After all, also our cells produce ‘waste’ all the time.

An elaborate molecular surveillance force identifies suspicious substances—broken cell components, coagulated proteins or pathogens—and initiates their removal: They are packed in a ‘bag’ (a double membrane that enwraps the waste) and brought to the cell’s ‘recycling bin’ (the lysosome). There, the damaged cell components are decomposed and recycled. This self-cleaning process of the cell is called autophagy, which is Greek for ‘self-devouring’. “And it is a perfectly running, self-organized machinery,” says Sascha Martens, molecular biologist and leader of the sub team at the University of Vienna. He and colleagues want to understand in detail how molecules cooperate in the production of the autophagosomes because this is where diseases, ranging from infections to neurodegenerative diseases ,can originate.

Alzheimer’s often develops in our bodies for decades without being noticed, until the first symptoms show and the disease can be finally diagnosed. The tau protein is strongly suspected of causing the most common form of dementia worldwide. The protein forms elongated aggregations in our neural cells. These aggregates are usually detected and degraded by the autophagy machinery. This is very similar to Parkinson’s, the second disease that Martens’ team investigates in relation to the cellular waste disposal system.

Parkinson’s is one of the most common neurodegenerative diseases. Here, an error occurs in the disposal of damaged mitochondria—the energy suppliers in our cells—in a specific part of the brain that is responsible for releasing the chemical messenger dopamine. In the long term, this causes the typical symptoms of Parkinson’s: Patients can no longer control their movements, muscles stiffen and tremble also at rest.

The experts on protein structures are based in the Hurley Lab at UC Berkeley; the manipulation of cells happens at the Monash University around Michael Lazarou; the neurobiology team is led by Erika Holzbaur at the University of Pennsylvania; and the researchers under the lead of Gerhard Hummer at the Max Planck Institute of Biophysics prepared models. Sascha Martens and his team at the University of Vienna specialize in reconstituting the autophagy machinery in the laboratory.