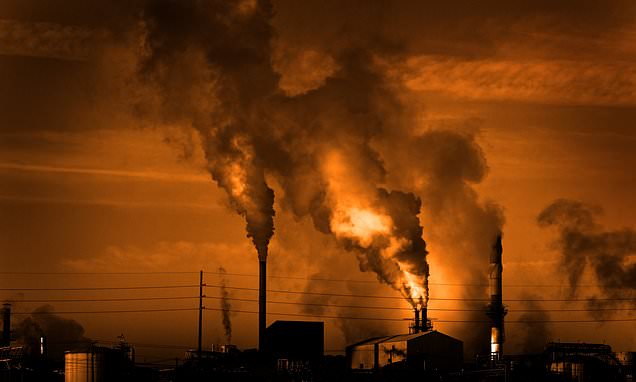 Children born to mothers who live in polluted areas may grow up to be less intelligent, a study suggests.

Research has found being exposed to tiny particles of air pollution while in the womb could affect brain development so much it dents a child’s IQ.

Toxic particles may be able to travel through the placenta and cause direct brain damage, or stop the placenta working properly, scientists suggest.

Toddlers living in highly polluted areas were found to have an IQ an average of 2.5 points lower – and up to 6.8 points down – by the time they were four than those living in the least polluted.

The findings add to growing concerns about the serious damage pollution, which in this case didn’t come from cars but from industrial works, is doing to our health.

The same study also found that folic acid, which is recommended for pregnant women anyway, may protect against this brain damage. 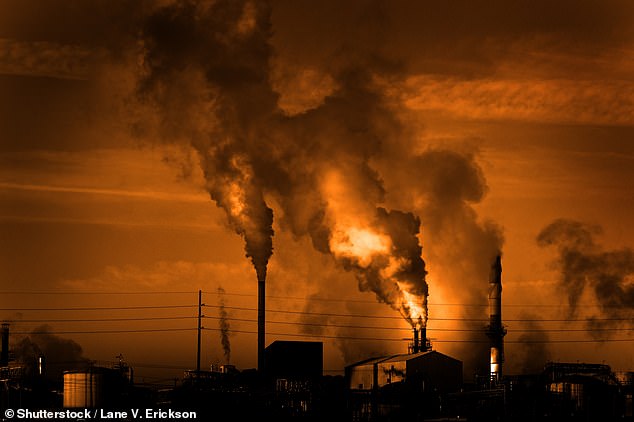 The researchers studied children living in Shelby County, Tennessee and found the pollution which was damaging their brains did not seem to be coming from traffic, but from a nearby power plant, factories, a rail depot and an airport (stock image)

Researchers from the University of California, San Francisco, looked at data from 1,005 children in Shelby County in Tennessee.

They compared the children’s IQs, as measured in an ongoing study of child development, with estimates of pollution around their homes.

PM10 particulate matter was the focus of the study – these are lumps of air pollution which are so small that seven side-by-side would be the same width as a human hair.

PM10 particles are easily inhaled and become lodged inside the body. They may come from car and lorry exhausts, building sites, road dust and factories.

‘We found that children… exposed to higher ambient PM10 in utero had lower IQ in early childhood,’ wrote the researchers, led by Dr Christine Loftus.

The researchers found, however, that being close to roads did not have the same effect on the IQ, suggesting the pollution was coming from elsewhere.

‘We observed no evidence that IQ is associated with… prenatal exposure to traffic-related air pollution,’ they wrote in the paper.

‘PM10 is not correlated with NO2 and road proximity in this region, likely a reflection of numerous PM sources not related to roadway.

DOES POLLUTION CAUSE BIRTH DEFECTS?

Women exposed to air pollution before getting pregnant are nearly 20 percent more likely to have babies with birth defects, research suggested in January 2018.

Living within 5km of a highly-polluted area one month before conceiving makes women more likely to give birth to babies with defects such as cleft palates or lips, a study by University of Cincinnati found.

For every 0.01mg/m3 increase in fine air particles, birth defects rise by 19 percent, the research adds.

Fine air particles, which weigh less than 0.0025mg, are given out in vehicle exhaust fumes and, when breathed in, become deposited in the lungs where they enter the circulation.

Physicians Committee figures reveal birth defects affect three percent of all babies born in the US.

Around six percent of infants suffer in the UK, according to a report from the British Isles Network of Congenital Anomaly Registers

Monthly fine air particle levels were matched to the home addresses of pregnant women before and after they conceived.

‘Other major contributors of PM pollution are the largest cargo airport in the world and the third-largest US rail center.’

Despite this, PM10 does come from cars and lorries – but so do other types of pollution, which the California team’s research did not show to be linked to IQ.

The effects on IQ remained the same regardless of how wealthy a family was.

Although the study does not prove PM10 pollution directly causes the IQ drop, the scientists offered suggestions for how it could do so.

The particles may cause inflammation – damaging swelling of internal tissue – in the placenta, stopping it from properly transporting nutrients to the foetus, they said.

Or the toxic pollution may actually travel through the placenta and directly damage the developing brain by interfering with DNA.

The researchers found that the damage pollution was doing to the children’s IQs could be avoided if the mothers had high levels of folate in their diet.

Folate is a type of B vitamin which pregnant women are recommended to take to prevent their babies developing spine or brain deformities in the womb.

Its effects are so strong the Government is bringing in legislation to make sure all bread flour contains folic acid as standard to make sure everyone gets enough.

In the study children whose mothers had the highest levels of folate in their diet did not suffer the IQ drop even if they lived in the most polluted areas.

Meanwhile the children who lived in the most polluted areas and had mothers with the lowest folate levels suffered even more damage to their IQ, losing 6.8 points.

‘It is possible that higher folate levels increase the antioxidant capability of the diet, buffering oxidative stress associated with PM10 exposure,’ one of the researchers, Kaja LeWinn, told The Times.

‘It may also be that folate itself is protective, as folate plays an important role in healthy neurodevelopment regardless of air pollution exposure.’

The research was published in the journal Environmental Research – the scientists said more studies need to be done to confirm its findings.