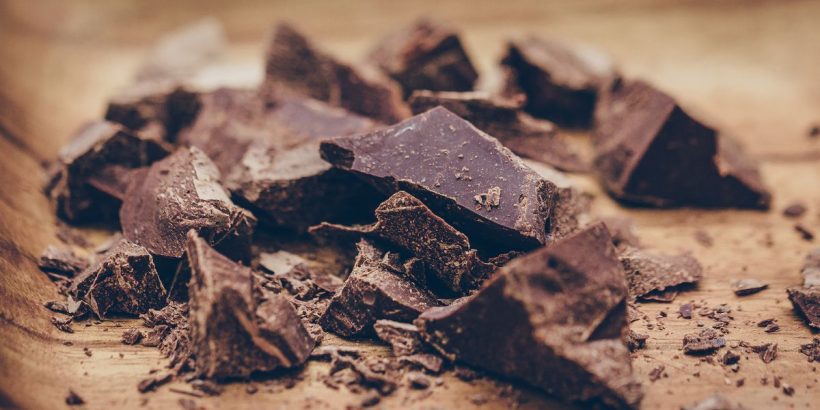 Chocolate is a food product made from the fruit of a cacao tree (Theobroma cacao). Raw, unprocessed chocolate tastes bitter and dry, but chocolate that’s been fermented, dried, and roasted, and had a bit of sugar and cream added to it, tastes divine.

People around the world enjoy the decadent flavor of chocolate on its own and in an enormous variety of foods. More than half of all the chocolate we consume comes from West African countries, primarily Ghana and Cote d’Ivoire.

What is chocolate made of? And how?

Chocolate is derived from the fruit of the cacao tree, which grows exclusively in tropical climates. The cacao tree is native to Central and South America, but once European invaders discovered the delicacy in the 18th century, the popularity of chocolate took off and farmers soon established plantations in other parts of the world, according to the book “The True History of Chocolate (opens in new tab),” by Sophie D. Coe and Michael D. Coe (Thames and Hudson, 2013). Today, Ghana, Côte d’Ivoire, Nigeria, Indonesia and Brazil account for around 80% of the world’s cacao production.

Cacao trees bear fruit that are about the same size and shape of a football, according to the World Atlas of Chocolate (opens in new tab). These lumpy berries, or pods, are full of up to 50 sour seeds, or beans, covered in white pulp. The pods are harvested by hand and cut open to remove the cocoa beans which are then placed in covered trays where they ferment for several days. After fermentation, the beans are uncovered and left out to dry.

Next, the beans are taken to the chocolate factory, where they are cleaned and debris is removed. The beans are roasted in large, rotating ovens. The roasting draws out flavor and removes the beans from their hulls. Roasted beans go into a winnowing machine, which cracks the beans and removes hulls. The remaining part of the bean is called the nib, and that’s the piece that becomes edible chocolate.

At this point, chocolatiers have creative freedom to create chocolate to their tastes. According to the FCIA, ingredients separate fine chocolate from that of average quality. “Fine chocolate,” as designated by the FCIA, contains only cacao liquor, cacao butter (optional), sugar, lecithin, vanilla (optional) and possibly milk fats and solids. Additional flavors or ingredients like nuts can be added later.

What are the types of chocolate?

In 2017, a fourth category of chocolate joined the list: Ruby chocolate. Barry Callebaut, the world’s largest cocoa processing company, developed the pink-hued chocolate by adding a powder that’s naturally extracted as the cocoa beans are processed to make chocolate. “We don’t add flavorings, we don’t add coloring, or additives: it’s purely coming out of this bean, and it’s all natural,” Peter Boone, chief innovation and quality officer for Barry Callebaut told The Guardian (opens in new tab) in 2017. According to its creators, ruby chocolate has a lighter flavor than milk chocolate and isn’t as sweet, The Guardian reported.

Within each category of chocolate, the FDA also acknowledges several grades, Williams said. They include unsweetened or brute, which can be up to 99% chocolate liquor; bittersweet; semisweet; and dark milk chocolate. The type of chocolate depends on what ingredients are present and the percentage of cocoa, in addition to where the beans are from and the way they are prepared.

Is chocolate good for you?

Studies that have found beneficial health outcomes related to chocolate consumption have focused on the consumption of dark chocolate, which has less sugar and fat content than milk chocolate, according to the 2013 review.

In addition, the studies looked at moderate amounts of chocolate consumption: no more than 2 ounces daily. Like many foods, chocolate is healthiest when eaten in moderation. The sugars and fats that are added to chocolate make it high in calories, which may lead to weight gain. Furthermore, many of the protective effects that chocolate may offer would be negated by overconsumption.

Scientists debate how long humans have been using and consuming cacao beans. Chocolate’s history goes back at least 2,000 years (opens in new tab), while historians Sophie and Michael Coe, authors of “The True History of Chocolate,” suggest that it might go back four millennia. The word chocolate can be traced back to the Aztec word “xocoatl,” the name for a bitter drink made from cacao beans. This was the way chocolate was consumed until the Spanish conquistadors came to Central America.

Chocolate was a trendy drink for rich Europeans throughout the 18th century. The Industrial Revolution allowed chocolate to be mass-produced and brought the treat to the masses. The popularity led to the development of cacao tree plantations.

Enslaved people farmed most of the plantations. Initially, Spanish colonizers forced Mesoamericans to farm the cacao plantations, according to “The Biography of Chocolate (opens in new tab)” (Crabtree Publishing Co., 2005), by Adrianna Morganelli. When the indigenous peoples began to die in large numbers from diseases brought by Europeans, enslaved Africans were brought over to make up the labor shortage. In addition to sugarcane, indigo and other crops, enslaved Africans planted, maintained and harvested cacao trees throughout the Caribbean, Central and South America to feed the new European taste for chocolate.

In 1815, Dutch physicist Coenraad Van Houten experimented with removing varied amounts of the cocoa butter from chocolate liquor, according to Cornell University. This led to the creation of cocoa powder and soon solid chocolate.

In 1847, a Bristol, England, chocolate company, Fry’s, created the first mass-produced chocolate bar when Joseph Fry added additional cocoa butter to Van Houten’s chocolate, which turned it into a moldable paste, according to Bristol Museums (opens in new tab). Milk chocolate was invented soon after with the help of Henri Nestlé, who went on to found the major food company that bears his name. Major European chocolate brands Lindt and Cadbury also got their start in the 1800s; Rodolphe Lindt invented the conching machine, which gives chocolate a velvety texture.

Mass chocolate consumption hit the United States in the late 1800s when Milton S. Hershey began selling chocolate-coated caramels. He then developed his own formula for milk chocolate, purchased chocolate factory equipment and introduced mass-produced chocolate bars and other shapes, like Hershey’s Kisses, in 1900.

As the years progressed, chocolate concoctions from both small and large producers have became increasingly innovative.

Chocolate production is threatened by climate change (opens in new tab). According to a 2016 report by the National Oceanic and Atmospheric Administration (opens in new tab) (NOAA), the primary cacao-producing countries of Côte d’Ivoire, Ghana, and Indonesia will experience a 2.1 degree Celsius (3.7 degrees Fahrenheit) increase in temperature by 2050. Rainfall will not rise along with the temperature, causing lowered humidity levels. As a result, viable land for cacao production will significantly shrink. According to the Intergovernmental Panel on Climate Change’s Climate Change 2014: Impacts, Adaptation, and Vulnerability (opens in new tab) report, 89.5% of the 294 chocolate-producing locations studied would become less suitable by 2050.

Farmers and scientists are working to develop strategies to maintain chocolate production. Some farmers are planting taller trees next to cacao trees to increase shade and decrease moisture loss, according to the NOAA. Cacao plantations may also move to higher elevations with cooler temperatures and greater rainfall.

Genetic scientists are taking another approach. A January 2018 press release from the Innovative Genomics Institute (opens in new tab) announced a project to develop disease-resistant cacao. Condensing cacao plantations because of climate change could increase the spread of disease. The project will use CRISPR (opens in new tab) DNA-editing technology to make a heartier cacao seed.

According to Slave Free Chocolate (opens in new tab), hundreds of thousands of children work in chocolate production in West African countries, where they are vulnerable to trafficking, slavery and other violent labor practices. The International Labor Rights Forum (opens in new tab) reports that these children are often exposed to chemicals, work long hours and are denied education.

Kimberly has a bachelor’s degree in marine biology from Texas A&M University, a master’s degree in biology from Southeastern Louisiana University and a graduate certificate in science communication from the University of California, Santa Cruz. She is a former reference editor for Live Science and Space.com. Her work has appeared in Inside Science, News from Science, the San Jose Mercury and others. Her favorite stories include those about animals and obscurities. A Texas native, Kim now lives in a California redwood forest.