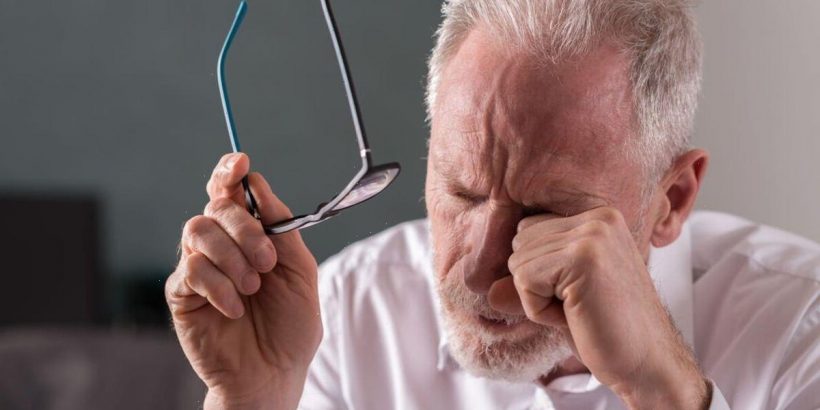 Decline in visual acuity is part and parcel of ageing. When cells fail to regenerate efficiently, patients struggle to see up close or have trouble distinguishing colours. Though these changes are natural, the rapid decline in vision could be hinting at something more serious. Occasionally, the ingestion of seemingly harmless substances can cause sharp declines in vision.

Earlier this year a 77-year-old man experienced pronounced vision loss in both his eyes after ingesting large amounts of mouthwash for more than a year.

The case study, published in the Survey of Ophthalmology, claims the patient had a root canal procedure one year prior to the incident.

According to the authors of the report, the man experienced painless vision loss in both eyes over one year.

His vision continued to decline, despite having his cataracts extracted a few months earlier.

Subsequent tests revealed decreased ganglion cell measures in both eyes, which led to a diagnosis of optic neuropathy.

Once information about the patient’s history with mouthwash was obtained, the authors cautioned against chronic use of the liquid on the grounds that
it could cause “severe visual loss even in the absence of other risk factors”.

Doctors Rod Foroozan and Francesco Pellegrini, who co-authored the report, warned the product could lead to “bilateral toxic optic neuropathy”.

Doctor Peter Hampson, Clinical Director at the Association of Optometrists, explained that optic neuropathy is a wide term describing a range of conditions that damage the optic nerve.

He said: “Most forms of optic neuropathy cause a painless loss of vision in the affected eye or both eyes.

“In some cases where there is active inflammation or there may be pain on eye movement, but often the patients realise there is a problem by chance, for example, when covering their other eye.”

A similar case of toxic neuropathy from mouthwash ingestion was described in the Indian Journal of Ophthalmology in 2014.

The 60-year-old patient in question presented with the complaint of a painless decrease in vision in both her eyes.

This time, the patient admitted consuming at least one 16-ounce bottle of an over-the-counter mouthwash daily and denied consumption of any other alcohol.

Symptoms also resolved after mouthwash ingestion was discontinued, suggesting that visual recovery is possible after discontinuation of the offending agent.

If optic neuropathy is left undiagnosed, however, vision loss may become permanent.

Doctor Hampson noted: “Toxic optic neuropathy is damage to the optic nerve caused by a toxic, which can include common items such as alcohol and some medications.

“It can also be caused by nutritional deficiencies including certain vitamins
such as thiamine (B1), folic acid and proteins.

“Thankfully this is rare in the UK, but unfortunately it is sometimes seen in patients with substance dependency problems and occasionally with extremely limited or fad diets.”

Glaucoma, which is the most common optic nerve disorder in the UK, remains the leading cause of blindness due to optic nerve damage.