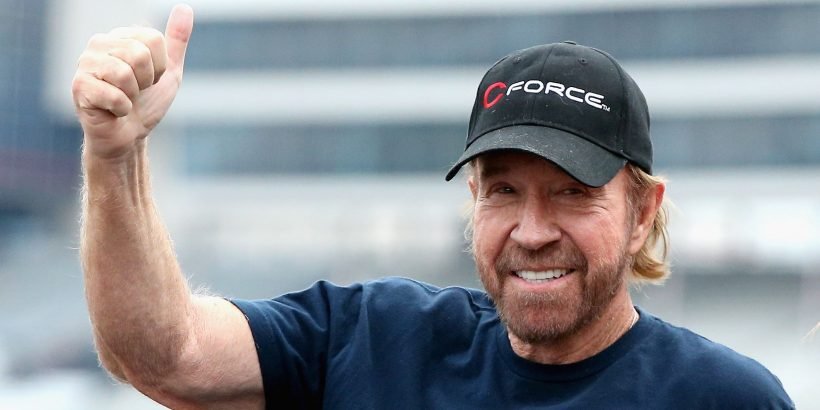 Chuck Norris is so fast he can run around the world and punch himself in the back of the head, according to one of the more famous Chuck Norris jokes. Though that kind of speed may make it impossible to run with him, you can run a new race where you’ll be greeted by him at the finish—with your very own Chuck Norris high five.

On May 4, 2019, the inaugural CForce Chuck Norris 5K is offering Chuck Norris fans the experience of a lifetime, and attempting to break a world record in the process. The race is hoping to set the record for the most people dressed as Chuck Norris at one time.

You’re encouraged to create your own Chuck Norris costume—prizes will be awarded for best male, female, and kid’s costume—to do so, but if you’re lacking on Norris gear, that’s no reason to skip out: With registration, you’ll get a “Chuck style t-shirt, a fake beard, and an awesome belt buckle,” according to the race website, so you’ll fit right in.

Additionally, the race will donate all proceeds to Kickstart Kids, an organization founded by Norris to help build students’ character development through martial arts, and the Mercy Project, a nonprofit working to end child slavery in Ghana, Africa.

Early race registration for participants starts at $30 for adults and $25 for kids, and superfans can even purchase a VIP package that includes breakfast with Norris to fuel up before the race. As of publication, participants from 16 different states have already registered, a BCS Marathon race director told Runner’s World .

The race will take place in College Station, Texas, but the official course is still in the works. The race will kick off with words of encouragement from Norris, and he will be waiting at the finish to high five racers.

“We are not responsible for any high five injuries,” the race website states.

From: Runner’s World US