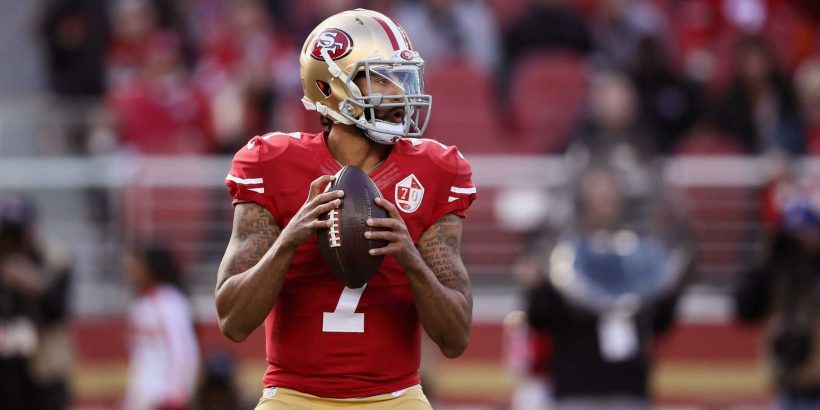 Colin Kaepernick hasn’t played a snap of NFL football since January 1, 2017. That doesn’t mean that the former San Francisco 49ers quarterback isn’t training like he’ll be called into service tomorrow.

Kaepernick, who has not been signed to an NFL team after his 2016 protests to raise awareness for racial equality and highlight police brutality during the playing of the National Anthem, posted a video to Twitter of an extensive upper body workout session. The footage proves that he’s not taking this involuntary time away from the sport lying down.

Instead, he’s up and in the gym at 5 a.m. five days a week, according to a voice-over from the player and social justice activist at the start of the clip. Kaepernick says that he’s undertaken this training plan for three years—or, as he also specifically notes on the title card, 889 days—without an NFL contract.

That long layoff doesn’t appear to matter to Kaepernick. Instead, he’s sending a clear message to NFL GMs and the general public: He still feels like he’s ready to join a team and play football as soon as possible. He’s got the tape to prove it.

5am. 5 days a week. For 3 years. Still Ready. pic.twitter.com/AGczejA1rM

This upper body routine eschews heavy weights and structural exercises using barbells for suspension training and exercise bands. Kaepernick starts off with TRX rows, then grabs a set of dumbbells for a lateral raise. Pushups come next, and Kaepernick keeps his attention on the chest and triceps with a dumbbell bench press using a neutral grip.

He flips over into a prone position for a quick fly, then stretches out the shoulders and chest with band pull-aparts. Hammer curls follow, before he sits down on a machine for seated rows, again with a neutral grip. Kaepernick closes on triceps, with rope triceps extensions and bench dips.

After all the sweat, Kaepernick ditches his top to show off a muscular, tattooed chest before tossing the shirt at the camera.

This isn’t the first time Kaepernick has shown off his training efforts since he last played in the NFL. ESPN published video last year of the quarterback participating in throwing drills, and Kaepernick and his camp have been vocal about his desire to continue his football career. Now that a grievance lawsuit that Kaepernick brought against the NFL has been settled, he might have more opportunities to get back on the field.