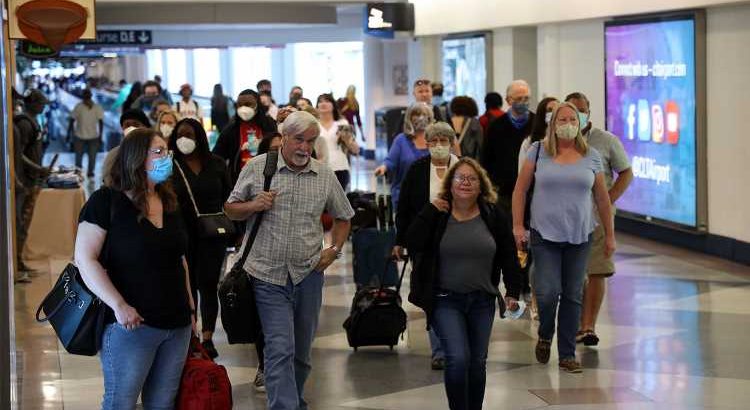 The novel coronavirus, COVID-19, had begun circulating in the U.S. in January, well before Americans were widely aware of the virus, according to a new report from the Centers for Disease Control.

The CDC now says, however, that community spread in the U.S. started as early as the second half of January.

“There was one opinion that was circulating that in November, December and January, there was, if you will, significant seeding of the nation,” CDC director Dr. Robert Redfield told reporters during a media-requested briefing on the report, according to The Washington Post. “And what this data clearly shows is by four independent lines of evidence, that the early introduction of this virus in the Northwest and Northern California was sometime between the second week of January and the second week of February.”

Their analysis was based on influenza testing samples in six different states and data on confirmed COVID-19 cases.

Though this new research shows that COVID-19 was circulating in the U.S. long before it was announced at the end of February, Redfield defended how the CDC managed the outbreak, and said that the agency “kept eyes” on the virus.

“We were never really blind when it came to surveillance” he said.

Redfield also pushed back on questions about why there was no widely available COVID-19 test in January. The CDC and the Trump administration opted against using a test from the World Health Organization or other countries, like South Korea, that already had testing in place, and instead used a CDC-created one, which was then delayed due to contamination issues. The CDC also only allowed people who had recently returned from China or close contacts of those who had to get tested until late February, meaning likely cases of community spread could not get tested.

Redfield argued, however, that finding the limited number of community spread cases would have been like “looking for a needle in a haystack,” even with widely available testing.

Public health experts pushed back on that idea. Instead of waiting for the limited number of cases of community spread “to replicate themselves until they are the haystack,” William Hanage, an epidemiologist at the Harvard T.H. Chan School of Public Health, told the Post, officials could have started spotting cases and conducting contact tracing to reduce the spread.

“There’s a succession of missed opportunities here,” he said. “Surveillance at the time was wholly inadequate to the task of catching a pandemic virus of this sort, whenever it was introduced."

The CDC conducted intensive contact tracing following the first confirmed case of COVID-19 in the man from Seattle to see if he had spread the virus to the people he interacted with before isolating at home. However, the CDC admits in their study, they did not follow up with anyone those people interacted with, and they may have been asymptomatic spreaders of the virus. They also did not track down any of the Seattle man’s contacts from before he started showing symptoms, as it was not part of their standard protocol at the time.

As of June 1, at least 104,300 people in the U.S. have died of COVID-19, and nearly 1.8 million people have tested positive for the virus, according to The New York Times.

As information about the coronavirus pandemic rapidly changes, PEOPLE is committed to providing the most recent data in our coverage. Some of the information in this story may have changed after publication. For the latest on COVID-19, readers are encouraged to use online resources from CDC, WHO, and local public health departments. PEOPLE has partnered with GoFundMe to raise money for the COVID-19 Relief Fund, a GoFundMe.org fundraiser to support everything from frontline responders to families in need, as well as organizations helping communities. For more information or to donate, click here.