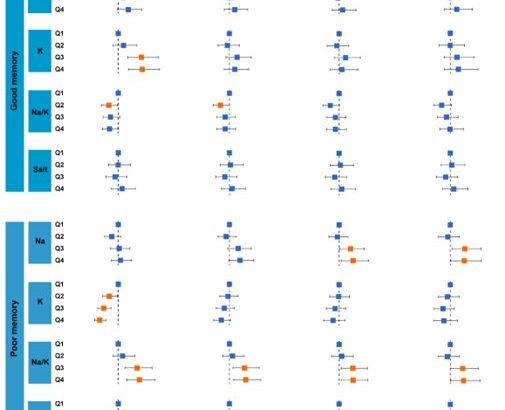 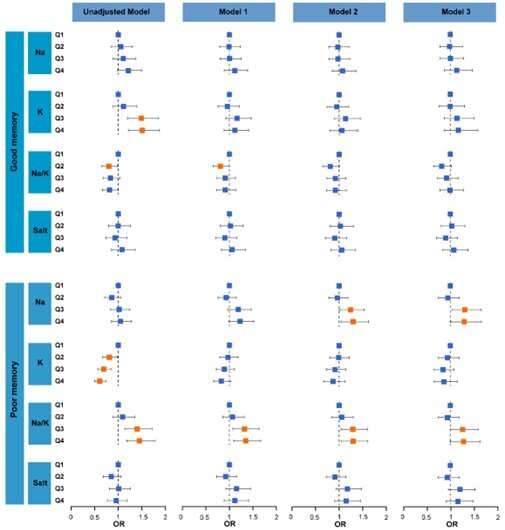 Dementia impairs sufferers’ ability to remember, think and make decisions to the point where their everyday activities are affected. The condition has become one of the leading causes of death and disability among the elderly globally. As China is not only home to the largest elderly population, but also one of the fastest aging, dementia poses great economic, health and social challenges for the country.

Dementia is irreversible and there is a lack of effective treatments available, which makes prevention and early detection of age-related cognitive function vital. Research has found that several lifestyle choices are linked to cognitive function; for example, physical activity, diet and sleep. However, the effects of dietary sodium and potassium on cognitive function have not been explored in detail.

In a prospective study published in Global Transitions, a group of researchers from China looked at the impact of dietary sodium, potassium, sodium to potassium ratio, and salt on the cognitive function of a group of elderly people in China. Participants numbered 4,213 and were aged at least 50 years at baseline. Results are based on cognitive tests and participants’ self-reporting.

The research team found that a high intake of sodium (> 5593.2 mg/day) and a high sodium to potassium ratio (> 3.8/day) increased the risk of memory impairment in the elderly. Conversely, higher levels of potassium intake (> 1653.3 mg/day) were associated with a higher cognitive score; the average cognitive test score (13.44 at baseline, total score was 27.00) increased by ~1 point when 1000 mg/day of sodium was replaced with an equal intake of potassium.

Although China has attempted to restrict salt and sodium in people’s diets for over a decade, the population’s intake remains alarmingly high, outstripping many other countries and the World Health Organization’s recommendation of a maximum of 1400 mg/day of sodium for people aged 50—79 years and 5 g/day of salt. This high salt intake is commonly accompanied by insufficient consumption of potassium (1499.0 mg/day in this study vs. the Chinese recommended level of 3600 mg/day).

The study’s results also confirm previous findings that dietary sodium to potassium ratio could provide a better measure of how these elements impact cognitive function, than looking at separate sodium or potassium values.