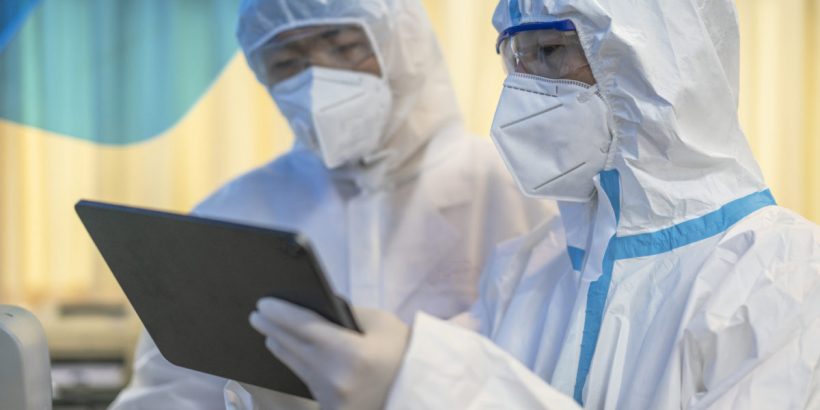 Since the emergence of the new coronavirus, called SARS-CoV-2, several researchers have proposed that there is more than one strain, and that mutations have led to changes in how infectious and deadly it is. However, opinions are divided. 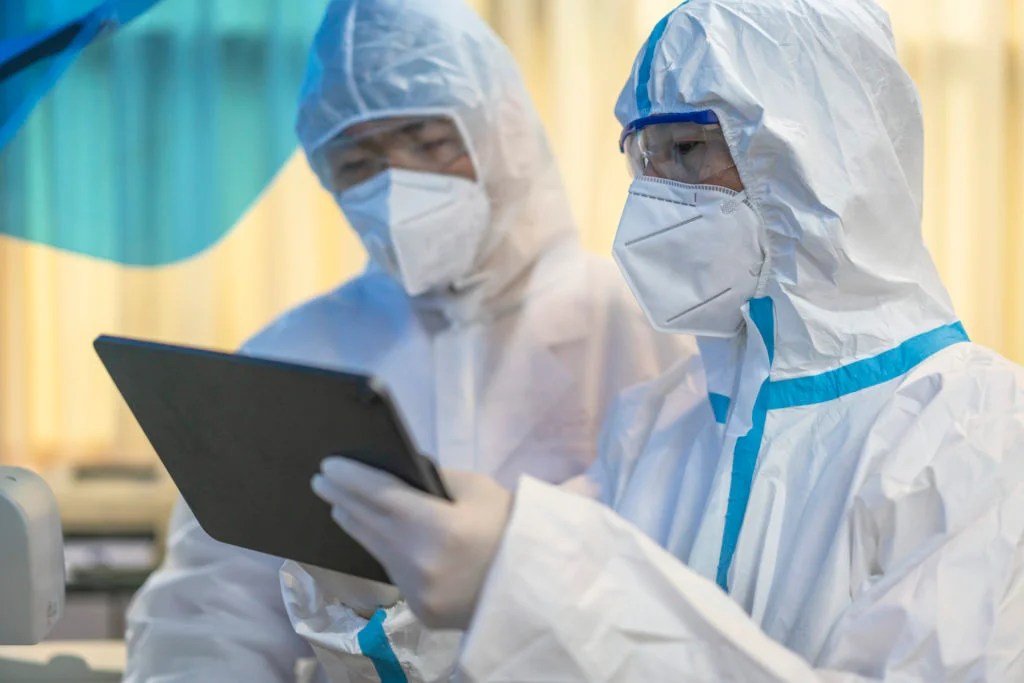 Genetic mutations are a natural, everyday phenomenon. They can occur every time genetic material is copied.

When a virus replicates inside the cell it has infected, the myriad of new copies will have small differences. Why is this important?

When mutations lead to changes in how a virus behaves, it can have significant consequences. These do not necessarily have to be detrimental to the host, but in the case of vaccines or drugs that target specified viral proteins, mutations may weaken these interactions.

Stay informed with live updates on the current COVID-19 outbreak and visit our coronavirus hub for more advice on prevention and treatment.

Since the emergence of SARS-CoV-2, several research studies have highlighted variations in the virus’s genetic sequence. This has prompted discussion about whether or not there are several strains, if this has an impact on how easily the virus can infect a host, and whether or not this affects how many more people are likely to die.

Many scientists have called for caution. In this Special Feature, we summarize what researchers currently know about SARS-CoV-2 mutations and hear from experts about their views on what these mean for the pandemic.

Why are mutations significant?

SARS-CoV-2 is an enveloped RNA virus, which means that its genetic material is encoded in single-stranded RNA. Inside a host cell, it makes its own replication machinery.

RNA viruses have exceptionally high mutations rates because their replications enzymes are prone to errors when making new virus copies.

“A mutation is a change in a genetic sequence,” he said. “The fact of a mutational change is not of primary importance, but the functional consequences are.”

If a particular genetic alteration changes the target of a drug or antibody that acts against the virus, those viral particles with the mutation will outgrow the ones that do not have it.

“A change in a protein to allow virus entry into a cell that carries very low amounts of receptor protein could also provide a growth advantage for the virus,” Prof. Stoye added.

“However, it should be stressed that only a fraction [of] all mutations will be advantageous; most will be neutral or harmful to the virus and will not persist.”

“Mutations in viruses clearly do matter, as evidenced by the need to prepare new vaccines against [the] influenza virus every year for the effective prevention of seasonal flu and the need to treat HIV-1 simultaneously with several drugs to [prevent the] emergence of resistant virus.”

MNT recently featured a research study by a team from Arizona State University in Tempe. The paper described a mutation that mimics a similar event that occurred during the SARS epidemic in 2003.

The team studied five nasal swab samples that had a positive SARS-CoV-2 test result. They found that one of these had a deletion, which means that a part of the viral genome was missing. To be precise, 81 nucleotides in the viral genetic code were gone.

Previous research indicated that similar mutations lowered the ability of the SARS virus to replicate.

Another study, this time in the Journal of Translational Medicine, proposed that SARS-CoV-2 had picked up specific mutation patterns in distinct geographical regions.

The researchers, from the University of Maryland in Baltimore and Italian biotech company Ulisse Biomed in Trieste, analyzed eight recurrent mutations in 220 COVID-19 patient samples.

Another study, which has not yet been through the peer review process, suggests that SARS-CoV-2 mutations have made the virus more transmissible in some cases.

In the paper, Bette Korber — from the Los Alamos National Laboratory in New Mexico — and collaborators describe 13 mutations in the region of the viral genome that encodes the spike protein.

This protein is crucial for infection, as it helps the virus bind to the host cell.

The researchers note that one particular mutation, which changes an amino acid in the spike protein, “may have originated either in China or Europe, but [began] to spread rapidly first in Europe, and then in other parts of the world, and which is now the dominant pandemic form in many countries.”

Prof. Stoye commented that the results of this study are, in some ways, not surprising.

“Viruses are typically finely tuned to their host species. If they jump species, e.g., from bat to human, a degree of retuning is inevitable both to avoid natural host defenses and for optimum interaction with the cells of the new host,” he said.

“Random mutations will occur, and the most fit viruses will come to predominate,” he added. “Therefore, it does not seem surprising that SARS-CoV-2 is evolving following its jump to, and spread through, the human population. Clearly, such changes are currently taking place, as evidenced by the apparent spread of the [mutation] observed by Korber [and colleagues].”

However, Prof. Stoye does not think that it is clear at this point how mutations will drive the behavior of SARS-CoV-2 in the long term.

“Fears about SARS-CoV-2 evolution to resist still-to-be-developed vaccines and drugs are not unreasonable,” he explained. “Nevertheless, it is also possible that we will see evolution to a less harmful version of the virus, as may well have occurred following initial human colonization by the so-called seasonal coronaviruses.”

Earlier this year, researchers from Peking University in Beijing, China, published a paper in National Science Review describing two distinct lineages of SARS-CoV-2, which they termed “S” and “L.”

They analyzed 103 virus sequence samples and wrote that around 70% were of the L lineage.

However, a team at the Center for Virus Research at the University of Glasgow in the U.K. disagreed with the findings and published their critique of the data in the journal Virus Evolution.

“Given the repercussions of these claims and the intense media coverage of these types of articles, we have examined in detail the data presented […] and show that the major conclusions of that paper cannot be substantiated,” the authors write.

Prof. David Robertson, head of Viral Genomics and Bioinformatics at the Centre for Virus Research, was part of the team. MNT asked his views on the possibility of there being more than one strain of SARS-CoV-2.

“Until there is some evidence of a change in virus biology, we cannot say that there are new strains of the virus. It’s important to appreciate that mutations are a normal byproduct of virus replication and that most mutations we observe won’t have any impact on virus biology or function,” he said.

“Some of the reports of, for example, amino acid changes in the spike protein are interesting, but at the moment, these are at best a hypothesis. Their potential impact is currently being tested in a number of labs.”

Prof. Stoye thinks that it is “more a case of semantics rather than anything else” at the moment.

“At that point, we can seek to correlate sequence variation with prognostic or therapeutic implications. This may take a number of years.”

So, what kind of evidence are skeptical scientists looking for in the debate around multiple SARS-CoV-2 strains?

MNT asked Prof. Mark Hibberd, from the London School of Hygiene and Tropical Medicine in the U.K., to weigh in on the debate.

“For virologists, ‘strain’ is rather a subjective word that does not always have a clear specific meaning,” he commented.

“More useful in the SARS-CoV-2 situation would be the idea of ‘serotype,’ which is used to describe strains that can be distinguished by the human immune response — an immune response to one serotype will not usually protect against a different serotype. For SARS-CoV-2, there is no conclusive evidence that this has happened yet.”

“To show that the virus has genetically changed sufficiently to create a different immune response, we would need to characterize the immune protection and show that it worked for one serotype and not for another,” he continued.

Prof. Hibberd explained that scientists are studying neutralizing antibodies to help them define a serotype for SARS-CoV-2. These antibodies can prevent the virus from infecting a host cell, but they may not be effective against a new strain.

“Several groups around the world have identified a specific mutation in the SARS-CoV-2 spike protein, and they are concerned that this mutation might alter this type of binding, but we cannot be sure it does that at the moment. More likely, this mutation will likely affect the virus binding to its receptor […], which might affect transmissibility.”

“We ideally need experimental evidence, [such as a] demonstration of a mutation leading to a functional change in the virus in the first instance, and secondly a demonstration that this change will have an impact in [people with the infection],” Prof. Robertson suggested.

He pointed to lessons that experts learned during the 2014–2018 Ebola outbreak in West Africa, where several research groups had suggested that a mutation had resulted in the virus becoming more easily passed between people and more deadly.

Cell culture experiments showed that the mutated virus was able to replicate more rapidly. However, when scientists subsequently studied this in animal models, they found that it did not behave any differently than stains without the mutation.

Scientists around the world continue to search for answers to the many outstanding questions around SARS-CoV-2. No doubt, we will see more research emerge in the coming months and years that will assess the impact of SARS-CoV-2 mutations on the COVID-19 pandemic and the future of this new coronavirus.

For live updates on the latest developments regarding the novel coronavirus and COVID-19, click here.