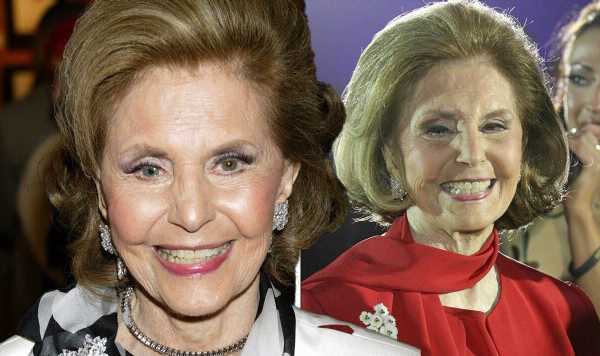 What's the difference between a heart attack and cardiac arrest?

Once described by Fred Astaire as “beautiful dynamite,” the ballet dancer was admitted to Cedars-Sinai Medical Centre in Los Angeles, USA after she suffered from a heart attack. But at the age of 87, The Band Wagon star had become one of the best known stars during the height of Hollywood. A heart attack is described by the NHS as a “serious medical emergency,” putting the lives of individuals at risk.

The condition occurs when the supply of blood to the heart is suddenly blocked, typically by a blood clot. Due to the lack of blood getting to the organ, individuals will feel a range of symptoms.

These symptoms often include the following:

Usually chest pain is severe and cannot be ignored, but for a small selection of individuals, the pain is similar to indigestion, and may be mistaken for something less serious.

In addition, women are more likely to have other symptoms such as shortness of breath, feeling or being sick and back or jaw pain in comparison to men.

It is important to note that a heart attack is not the same as cardiac arrest. Although both conditions involve the heart, when someone goes into cardiac arrest, the heart stops pumping blood around their body and they stop breathing normally.

The British Heart Foundation (BHF) explains that cardiac arrest is an electrical problem, whereas heart attacks are caused by a circulation problem. During a heart attack, the heart is still pumping blood around the body, meaning that the individual remains conscious.

The leading cause of a heart attack is coronary heart disease, or CHD for short. The term is used to describe a process known as atherosclerosis, which involves the walls of coronary arteries becoming “furred” with fatty deposits.

These deposits are known as atheroma and over time, can burst, causing a blood clot to develop at the site of rupture. Due to this, the blood supply can be blocked. A partial blockage of the artery is known as NSTEMI and a total blockage known as STEMI.

Other less common causes of a heart attack include:

The BHF stresses that if individuals think they are having a heart attack, or are with someone else who is, it is important to do the following steps, in order to get them medical help:

Once in hospital or with paramedics, a device known as an electrocardiogram (ECG) is used to detect whether they are having a heart attack or not. If confirmed, immediate treatment to get blood flowing to the heart muscle again is needed.

There are various emergency treatments that can be used to restore blood flow, with the most common a coronary angioplasty. This re-opens the blocked artery by using one or more stents.

During the procedure, a special kind of balloon is gently inflated inside the coronary artery. Many individuals also have a stainless steel mesh stent positioned within the artery which allows blood to flow normally again.

Other treatment options include thrombolysis, which involves giving individuals “clot-busting” medicine to dissolve the blood clot that’s blocking the coronary artery. Or coronary bypass surgery which helps to restore normal blood flow by using a blood vessel from the leg, arm or chest in the heart to bypass the blocked artery.

After surgery, recovering from a heart attack can take time, with individuals usually staying in hospital for around two to five days following treatment. As part of recovery, individuals will be advised on the lifestyle changes they can make to prevent the chance of a heart attack happening again.

In fact, in order to prevent a heart attack happening altogether, individuals should:

According to a recent study published in the Journal of the American Heart Association, eating at least two servings of avocado a week reduced the risk of having a heart attack by 21 percent when compared to avoiding or rarely eating avocados.

On this finding, Cheryl Anderson, chair of the American Heart Association’s Council on Epidemiology and Prevention, said: “Although no one food is the solution to routinely eating a healthy diet, this study is evidence that avocados have possible health benefits. We desperately need strategies to improve intake of AHA-recommended healthy diets – such as the Mediterranean diet – that are rich in vegetables and fruits.”

Remarkably, in addition to looking at the overall impact of eating avocados, researchers conducted statistical modelling and found consuming half a serving of avocado a day instead of the same amount of eggs, yoghurt, cheese, margarine, butter or processed meats (such as bacon) lowered the risk of heart attacks by 16 percent.

Everyone aged between 40-74 is eligible for a free NHS Health Check in England. If you have a family history of heart and circulatory disease, it’s important to let your GP know and arrange a health check.