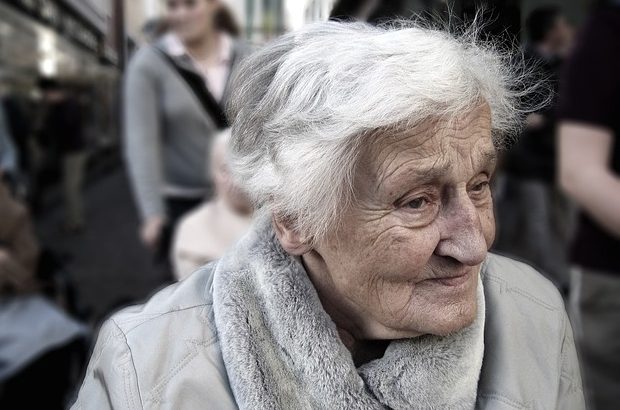 People with dementia struggle to adapt to changes in their environment because of damage to areas of the brain known as 'multiple demand networks', highly-evolved areas of the brain that support general intelligence, say scientists at the University of Cambridge.

There are many different types of dementia, such as Alzheimer's disease and frontotemporal dementia (FTD), which are characterized by the build-up of different toxic proteins in different parts of the brain. This means that the symptoms of dementia vary, and can include problems with memory, speech, behavior or vision. But one symptom seen across every type of dementia is a difficulty in responding to unexpected situations.

At the heart of all dementias is one core symptom, which is that when things change or go unexpectedly, people find it very difficult. If people are in their own environment and everything is going to plan, then they are OK. But as soon as the kettle's broken or they go somewhere new, they can find it very hard to deal with."

To understand why this happens, Dr Cope and colleagues analyzed data from 75 patients, all of whom are affected by one of four types of dementia that affect different areas of the brain. The patients, together with 48 healthy controls, listened to changing sounds while their brain activity was recorded by a magnetoencephalography machine, which measures the tiny magnetic fields produced by electrical currents in the brain. Unlike traditional MRI scanners, these machines allow very precise timing of what is happening in the brain and when. The results of their experiment are published today in the Journal of Neuroscience.

During the scan, the volunteers watched a silent film – David Attenborough's Planet Earth, but without its soundtrack – while listening to a series of beeps. The beeps occurred at a steady pattern, but occasionally a beep would be different, for example a higher pitch or different volume.

The team found that the unusual beep triggered two responses in the brain: an immediate response followed by a second response around 200 milliseconds – a fifth of a second – a later.

The initial response came from the basic auditory system, recognizing that it had heard a beep. This response was the same in the patients and healthy volunteers.

The second response, however, recognized that the beep was unusual. This response was much smaller among the people with dementia than among the healthy volunteers. In other words, in the healthy controls, the brain was better at recognizing that something had changed.

The researchers looked at which brain areas activated during the task and how they were connected up, and combined their data with that from MRI scans, which show the structure of the brain. They showed that damage to areas of the brain known as 'multiple demand networks' was associated with a reduction in the later response.

Multiple demand networks, which are found both at the front and rear of the brain, are areas of the brain that do not have a specific task, but instead are involved in general intelligence – for example problems solving. They are highly evolved, found only in humans, primates and more intelligent animals. It is these networks that allow us to be flexible in our environment.

"There's a lot of controversy about what exactly multiple demand networks do and how involved they are in our basic perception of the world," said Dr Cope. "There's been an assumption that these intelligence networks work 'above' everything else, doing their own thing and just taking in information. But what we've shown is no, they're fundamental to how we perceive the world.

While the research does not point to any treatments that may alleviate the symptom, it reinforces advice given to dementia patients and their families, said Dr Cope.

"The advice I give in my clinics is that you can help people who are affected by dementia by taking a lot more time to signpost changes, flagging to them that you're going to start talking about something different or you're going to do something different. And then repeat yourself more when there's a change, and understand why it's important to be patient as the brain recognizes the new situation."

Although their study only looked at patients with dementia, the findings may explain similar phenomena experienced by people living with conditions such as schizophrenia, where brain networks can become disrupted.