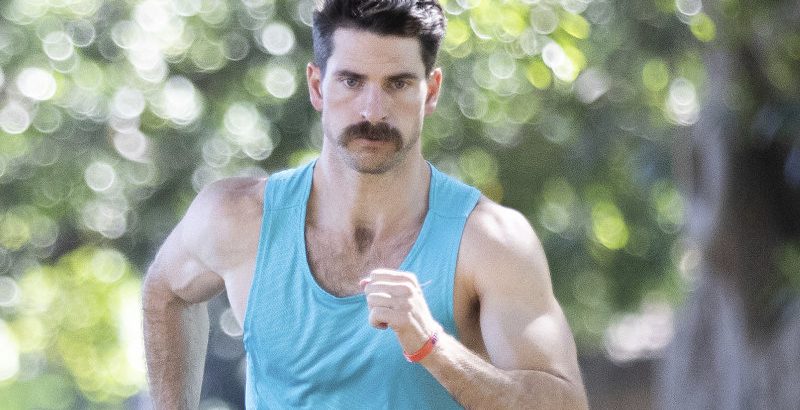 It was 5.45 am on December 4 in 2014, when Dan Price became headline news as the desperate 29-year-old on the edge of the Sydney Harbour Bridge.

That Thursday morning as the traffic stood still and the bridge was closed, a police officer reached through the safety fence to grip Price, who was intoxicated and prepared to jump, and prevent him from falling.

Since that day, as Price has worked towards mental health recovery, he has spoken out about the loneliness many men experience as they fight to hide their feelings and go it alone. 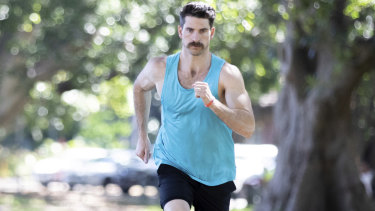 Dan Price is running 60 km’s for the 60 men who die of suicide every 60 minutes globally.Credit:Renee Nowytarger

Deaths by suicide in Australia occur among males at a rate three times greater than that for females, and it remains the leading cause of death for Australians between 15 and 44 years of age. It is so prevalent that new research suggests the rates are underestimated by up to 50 per cent.

This Saturday, to raise money for Movember (the NGO which works to support men's mental health), Price plans to run 60 kilometres as symbolic journey to raise awareness of the sixty men who die of suicide every sixty minutes around the world.

All too often these men die without anyone having known something serious was wrong, a fact Price knows all too well.

“It could happen to a lot of us because a lot of us have struggled and not reached out for help – a lot of the boys,” says the 34-year-old Sydneysider. “You don’t often hear the same level of ‘we had no idea’ when a female loses her life." He puts this down to men feeling they need to "hide" their depression.

And "hiding" in plain sight was exactly what Price was doing five years ago as his marriage was falling apart, his job in corporate property was grinding him down and he attempted to drown out a rising tide of anguish.

“I just thought I was going through a rough patch and it would blow over because that’s what I’d hear other people tell me,” he recalls.

He says men need to feel they can be heard: “Taking that time, that 15 minutes or half an hour, is a powerful gesture; To give them a safe space and that permission to open up and be vulnerable. I’d never had that opportunity by any males in my life, and that’s not their fault, it’s just the truth.”

Price says he did what those with undiagnosed mental ill-health frequently do and began self-medicating with alcohol and drugs.

Instead of ‘you’ve had a hard time, let’s go out for a beer’, why can’t it be ‘let’s go (for) breakfast or a swim and watch the sunrise’.

“For a lot of us, drinking is an escape and it’s socially acceptable to get wasted when we feel like shit,” Price explains.

It alleviated the anxiety temporarily, only to aggravate it when he woke the next day with a throbbing head and regrets about the night before.

“I had no energy, I couldn’t exercise and it just unravelled. I pushed really hard to fight it … I found myself in burnout probably two or three times before I attempted to take my life.”

Price, an ambassador for RUOK day LIVIN and Movember, believes education to reach people before they get to a crisis point is crucial. But, finding healthier coping mechanisms and learning to lean on one another when we are struggling is just as important.

“Instead of ‘you’ve had a hard time, let’s go out for a beer’, why can’t it be ‘Let’s go and have breakfast and go for a swim and watch the sunrise’,” Price asks. “We need healthy catch-ups too.”

Recently Price found himself struggling again with his mental health, not reaching out for help because he “should be able” to do it on his own.

After finally seeking support again recently, he decided to join a run club in Bronte a month ago. 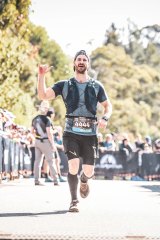 “Seeing this run club was really inspiring and it reminded me how powerful the human connection around sport is – the camaraderie and everything that goes with that,” says Price, who now has a one-year-old daughter.

Price, who has never run more than 30 kilometres, says he is as unprepared for the 60km run as many of us are for a mental health crisis.

“The only chance I have to get through this run is to lean on support, to lean on community around me to let them know I’m not ready, I’m not fit enough, but maybe I can get through it with you guys,” says Price, who is running alongside athletics coach, Jim Owens, and anyone who wants to join them for 100 metres, 10 km or the full 60 km.

“My goal, aside from my own satisfaction, is for people to know they can get through really hard things.”