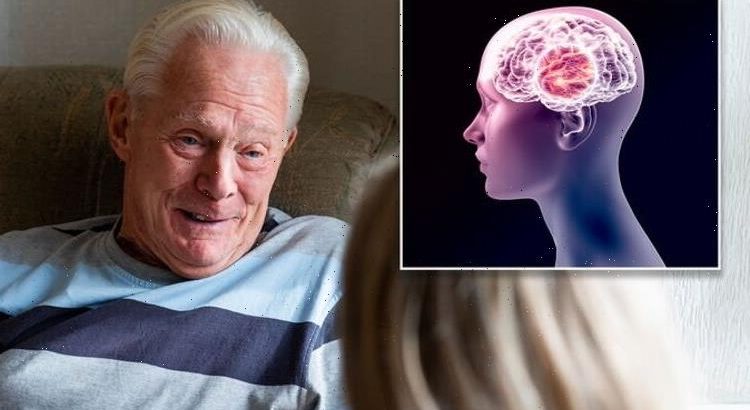 However, the condition remains a thorn in the side of the medicinal community as there are as yet few effective treatments that can hold back the effects of the diseases.

Dementia has a number of symptoms that occur early on.

These symptoms can affect social interactions.

For example, someone may struggle to follow a conversation or find the right word say the NHS.

Other symptoms of dementia include:
• Memory loss
• Difficulty concentrating
• Finding it out to carry out familiar daily tasks
• Being confused about time and place
• Mood changes.

The NHS notes: “These symptoms are often mild and may only get worse only very gradually.”

In recent years there has been a sustained increase of funding into dementia research for new treatments, both preventative and reactive.

New figures have come in too from other fields of experience to lend a hand to the cause.

As a result, Sir Jackie set up Race Against Dementia, a charity aiming to bring the Formula 1 mentality to the world of dementia research.

Speaking to the Express in February, Sir Jackie said: “The establishment has failed.”

Race Against Dementia’s approach is to bring a sense of urgency to the search for new treatments for dementia by bringing in the best young scientists to increase the rate of development.

“Youth has a lot to do with it. We’re bringing them in because they’re hungrier, they want to succeed and therefore their energy is higher” said the world champion.

Doctor Cara Croft, one of Race Against Dementia’s top scientists, is optimistic about the chances of new treatments in the next few years.

“Nine in 10 of must think there will be a new cure or treatment to slow or ease dementia, but only if we have this funding.”

Dementia funding recently received a hit from the government when they decided not to go ahead with a planned “dementia moonshot”; this would have seen dementia funding boosted to £160 million; instead funding is dropping to £75 million.

For more information on dementia contact the NHS or consult with your GP.