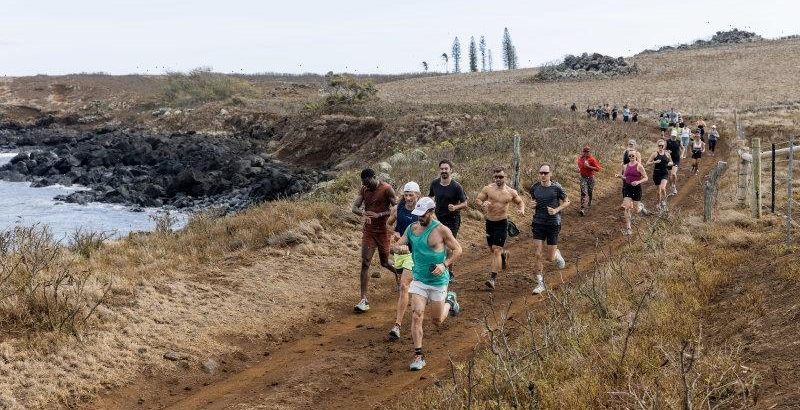 The Apple watch may be the most capable smartwatch out there, but it wasn’t designed for adventuring or endurance sports.

When I did my first endurance adventure race earlier this year, I didn’t bother taking it with me because I knew the battery wouldn’t last the distance, I worried about it getting knocked about in rough terrain and, out in the mountains where there was no reception, the GPS couldn’t accurately track my location or data anyway. 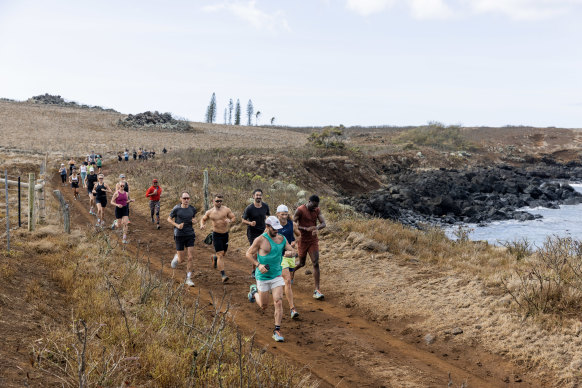 Trying out the new Ultra during a trail run.

But for years, in the background, Apple was working on developing an entirely new product: something “rugged and capable” to compete with the best adventure watches on the market.

Working with explorers, divers and ultra runners, the tech company set about resolving the problems adventurers and athletes had with the regular Apple Watch.

“We set out to create an Apple Watch designed specifically for exploration, adventure and endurance.”

But have they succeeded?

There are watches with better capabilities for specific sports, but this is the Inspector Gadget of tech, if adventure, hiking or multisports is your thing.

For Tim Franklin, an Australian ultra-marathon runner, it might even help him to become the fastest person to run around the world.

On Saturday, the 39-year-old triathlon and cross-country coach set off from his hometown in Brisbane, kicking off a 26,232-kilometre adventure that will take him across 23 countries and, if he can average 65 kilometres a day, less than the current world record of 434 days.

To validate the run, Franklin must provide data to the World Runners Association. The Ultra allows him to do that as well as provide data about his heart rate variability, daily step count, pace, distance, elevation and kilojoules to those watching at home.

“That real-time feedback is pretty cool,” says Franklin, who is raising money for three charities.

In remote areas, he says the compass, dual-frequency GPS and the ability to mark waypoints (which act as a breadcrumb trail) mean he’s not afraid of getting lost. The emergency SOS (which connects via satellite, meaning he can access help even if he is off-grid) and 86-decibel siren, which can be heard nearly 200 metres away, mean he’s less worried about falling over or injuring himself.

“The extras that the Apple Watch is providing are pretty crucial, not only from the adventure standpoint, but probably from the safety and security standpoint, which will definitely become front-of-mind in particular areas.”

There is another reason Franklin wants the extra safety. Following a race he ran in Mexico, he felt pain in his right lung. He was experiencing a bilateral pulmonary embolism from a clot. At the hospital, using the translator app on his iPhone, he was able to communicate with medical staff who didn’t speak English.

Today, if he needs, he can do an ECG on the watch and show the data to a doctor in any country, regardless of language barriers: “That sort of tech is absolutely vital.”

The extended battery has given him extra confidence, too. It takes an hour to charge to 80 per cent, and can last up to 60 hours (using low-battery mode), significantly more than the 18 hours of the original Apple Watch, but not yet on par with watches like the Garmin Fenix 7.

For those keen on other kinds of adventures, hardier titanium casing gives it twice the water resistance, meaning it can handle the forces while surfing or wakeboarding; and with twice the display brightness, you can read it in the gnarliest of conditions.

Oh, and you can take it into extreme temperatures or dive with it to depths of 40 metres. Which is handy for most dive enthusiasts, unless you want to plunge 11,000 metres, in which case you’ll need one of the new Rolex deep sea watches. During a recent press trip to test-drive the Ultra, the new Oceanic + app alerted me, via haptics and display, that I was going deeper than my PADI open-water licence permitted. It also told me the water temperature (26 degrees, thanks very much) and acts as a dive computer, giving alerts about decompression limits, ascent rate and safety stops.

Out of the water, I like the new heart-rate zone feature, which uses your metrics to show the level of intensity you are exercising at, enabling customised interval training depending on the zone you want to be in. The new action button allows you to control those intervals while you’re on the move.

Metrics like vertical oscillation, stride length and ground contact time are designed to help you improve technique, if you know how to use them.

Essentially, vertical oscillation is a way of seeing how “smoothly” you run, explains biomechanics expert Tony Blazevich, from Edith Cowan University. “Very good runners keep a smoother running profile, so there is less vertical oscillation.” A shorter stride length may indicate fatigue, and ground contact time should be minimal. “Elite runners might run with [a contact time of] 0.18 – 0.22 s, depending on speed,” Blazevich says.

Physiotherapist Alex Bell says such data is “super useful” for physios working with someone who is injured or looking to improve their technique, but hard for individuals to interpret because there is no “normative data”: these metrics can vary widely depending on a person’s height, speed, cadence and even their style.

“There’s a lot of great functional stuff within the watch for the analytical person,” says running coach Matt Abel, whose Garmin doesn’t have such metrics. “But for the everyday runner or just someone training for, say, a marathon, they’re probably not going to dive too deep into those metrics.”

They may not be features everyone will use but they are now available to everyone. Some people will just use the Ultra to go for a walk, listen to music, make a call and pay for their morning coffee. Others just want their watch to tell them the time.

But for those who do want analytics and some adventure-oriented bells and whistles, aside from the expense (it retails for $1299) and the lack of a lock button, the Ultra is hard to fault. And the best bit about it is you can choose your own adventure.

Make the most of your health, relationships, fitness and nutrition with our Live Well newsletter. Get it in your inbox every Monday.

The author travelled to Hawaii to test the Apple Watch Ultra as a guest of Apple.

Most Viewed in Lifestyle