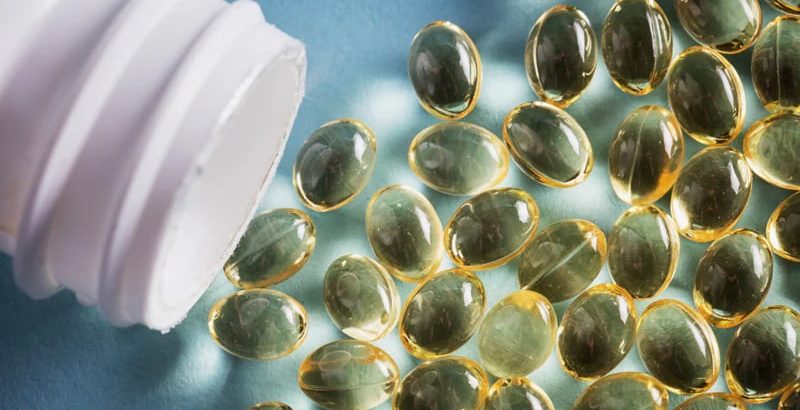 There is a significant inverse relationship between concentrations of circulating 25­-hydroxy­-vitamin D (25[OH]D) and all-cause mortality, but only in people with vitamin D deficiency, suggests a new large-scale analysis.

Data on more than 380,000 participants gathered from 35 studies showed that, overall, there is no significant relationship between 25(OH)D concentrations, a clinical indicator of vitamin D status, and the incidence of coronary heart disease (CHD), stroke, or all-cause death, in a Mendelian randomization analysis.

However, Stephen Burgess, PhD, and colleagues showed that, in vitamin D deficient individuals, each 10 nmol/L increase in 25(OH)D concentrations reduced the risk of all-cause mortality by 31%.

The research, published in The Lancet Diabetes & Endocrinology, also suggests there was a nonsignificant link between 25(OH)D concentrations and stroke and CHD, but again, only in vitamin D deficient individuals.

In an accompanying editorial, Guillaume Butler-Laporte, MD, and J. Brent Richards, MD, praise the researchers on their study methodology.

They add that the results “could have important public health and clinical consequences” and will “allow clinicians to better weigh the potential benefits of supplementation against its risk,” such as financial cost, “for better patient care — particularly among those with frank vitamin D deficiency.”

However, Butler-Laporte and Richards, of the Lady Davis Institute, Jewish General Hospital, Montreal, Quebec, Canada, also note the study has several limitations, including the fact that the lifetime exposure to lower vitamin D levels captured by Mendelian randomization may result in larger effect sizes than in conventional trials.

Prior RCTs Underpowered to Detect Effects of Vitamin D Supplements

“There are several potential mechanisms by which vitamin D could be protective for cardiovascular mortality, including mechanisms linking low vitamin D status with hyperparathyroidism and low serum calcium and phosphate,” write Burgess, of the MRC Biostatistics Unit, University of Cambridge, UK, and coauthors.

They also highlight that vitamin D is “further implicated in endothelial cell function” and affects the transcription of genes linked to cell division and apoptosis, providing “potential mechanisms implicating vitamin D for cancer.”

The researchers note that, while epidemiologic studies have “consistently” found a link between 25(OH)D levels and increased risk of cardiovascular disease, all-cause mortality, and other chronic diseases, several large trials of vitamin D supplementation have reported “null results.”

They argue, however, that many of these trials have recruited individuals “irrespective of baseline 25(OH)D concentration” and have been underpowered to detect the effects of supplementation.

They first performed an observational study that included 384,721 individuals from the UK Biobank and 26,336 from EPIC-­CVD who had a valid 25(OH)D measurement and no previously known cardio­vascular disease at baseline.

The results showed that, at low 25(OH)D concentrations, there was an inverse association between 25(OH)D and incident CHD, stroke, and all-cause mortality.

Next, the team conducted a Mendelian randomization analysis on 333,002 individuals from the UK Biobank and 26,336 from EPIC-CVD who were of European ancestry and had both a valid 25(OH)D measurement and genetic data that passed quality control steps.

Up to 7% of Study Participants Were Vitamin D Deficient

The 25(OH)D analysis indicated that 3.9% of UK Biobank and 3.7% of Copenhagen study participants were deficient, compared with 6.9% in EPIC-CVD.

Across the full range of 25(OH)D concentrations, there was no significant association between genetically­ predicted 25(OH)D levels and CHD, stroke, or all­-cause mortality.

However, restricting the analysis to individuals deemed vitamin D deficient (25[OH]D concentration < 25 nmol/L) revealed there was “strong evidence” for an inverse association with all-cause mortality, at an odds ratio per 10 nmol/L increase in genetically predicted 25(OH)D concentration of 0.69 (P < .0001), the team notes.

They acknowledge, however, that their study has several potential limitations, including the assumption in their Mendelian randomization that the “only causal pathway from the genetic variants to the outcome is via 25(OH)D concentrations.”

Moreover, the genetic variants may affect 25(OH)D concentrations in a different way from “dietary supplementation or other clinical interventions.”

They also concede that their study was limited to middle­-aged participants of European ancestries, which means the findings “might not be applicable to other populations.”

The study was funded by the British Heart Foundation, Medical Research Council, National Institute for Health Research, Health Data Research UK, Cancer Research UK, and International Agency for Research on Cancer. Burgess has reported no relevant financial relationships. Disclosures for the other authors are listed with the article.