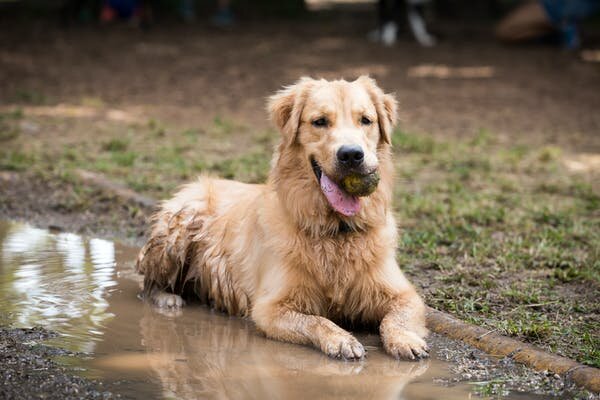 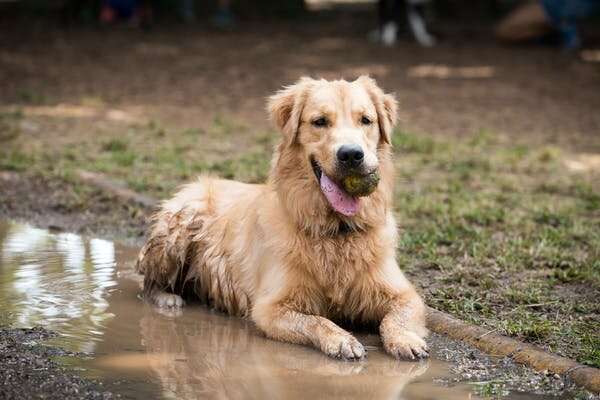 Floods are devastating communities in southeast Queensland and northern New South Wales and have pushed emergency services to their limits.

Flood waters in Northern NSW are already at “unprecedented” levels, and are expected to worsen in coming days. The Australian Defence Force has been deployed to assist with emergency rescues.

In southeast Queensland, floods have claimed eight lives, after the equivalent of a year of rainfall fell in a couple of days.

Some people who are flooded in won’t have the option of avoiding contact with flood water and mud. If this is you, try to wear protective clothing like closed-in shoes or boots and gloves.

Try keep cuts or abrasions away from dirty water, and disinfect and cover any wounds you might have with waterproof dressings. Focus on washing your hands with soap afterwards.

But if you’re tempted to wade into flood waters for fun, don’t. It not only risks your immediate safety, it poses a number of health hazards for humans—and dogs aren’t immune.

Health risks from flood water include bacteria and parasites that cause gastroenteritis (gastro), bacteria that infect the skin, physical hazards causing injury, and specific disease-causing pathogens that thrive in mud and water.

Many of the organisms (viruses, bacteria and parasites) that cause gastro in humans happily survive for long periods of time in unchlorinated water.

These organisms originate in human feces (poo) which can leak into drinking water when flood water inundates or damages septic tanks or sewerage pipes. If this occurs, people will be directed to boil their drinking water before use, a so-called “boil water” alert.

Pathogens that cause gastro need to be swallowed, so it’s less likely people will be exposed while walking in water.

But people can easily contaminate food and drinks if they don’t wash their hands thoroughly after contact with flood water. And those who play “flood water sports,” where they are likely to swallow water, are also at risk.

The most common symptoms of gastro are vomiting, diarrhea and stomach cramps that begin six to 72 hours after infection. It’s usually not possible to tell which microbe has caused the infection without a laboratory test of the person’s stool. So if you have severe symptoms that aren’t getting better, see your GP.

Globally, floods and storms are associated with increases in gastroenteritis. However, case numbers of gastroenteritis didn’t increase after the 2011 floods in Queensland.

Leptospirosis is a potentially life-threatening disease associated with flooding worldwide. It’s caused by infection with bacteria (Leprospira) that enter the body through broken skin (wounds) or our mucous membranes (lining of the eyes and mouth).

The bacteria are present throughout the world and can survive in mud and soil for weeks if it’s moist and warm.

In urban areas, rats and mice are the main carriers of Leptospira and in rural areas, cattle add a further source.

Leptospira are washed from soil into flood water with rain, which means anyone walking in water can become infected through cuts and abrasions.

Of particular concern is when the water recedes and the clean-up period begins because the contact with mud is much greater, as is the risk of wounds.

Leptospirosis causes a fever and flu-like symptoms initially, and requires prompt diagnosis via a blood test and treatment with antibiotics. Anyone with a prolonged fever who has had contact with mud and flood water should see their GP.

After the floods in 2011, Queensland reported a nearly 65% increase in the number of cases of leptospirosis, most of which occurred in the weeks after the floods.

The risk extends to our canine friends

Leptospirosis is also a risk for suburban dogs and can be fatal.

While there are no reports of cases of dog leptospirosis associated with floods in Australia, the emergence of the disease in dogs in Sydney has raised concerns among veterinarians because they don’t understand why it suddenly became a problem.

The best advice is to keep the dogs out of flood waters. If you observe listlessness, vomiting and lack of appetite in your dog one to two weeks after exposure to mud or flood water, take them to the vet immediately.

It can be diagnosed with a blood test and treated with antibiotics, in much the same way as for people.

A common health condition after the 2011 floods in Queensland was cellulitis, a deep bacterial infection of the skin that can occur if a person gets a puncture wound.

Many types of bacteria can infect a wound including those normally on human skin such as Staphylococcus aureus (golden staph) and those from the environment, such as Aeromonas.

The symptoms include an area of skin that is red, painful, swollen, and warm to touch. If someone with these symptoms develops a fever, chills and nausea, it’s important they get medical attention to ensure they don’t develop a bloodstream infection.

When cleaning up after floods, try to avoid getting wounds by using protective equipment, because even minor wounds are entry points for bacteria.

If you do sustain skin wounds, quickly clean and disinfect them, and seek medical attention, as you may need a tetanus vaccination. Tetanus is a rare, but fatal, condition in Australia because of widespread vaccination. But it’s important to maintain immunity to tetanus through regular boosters.