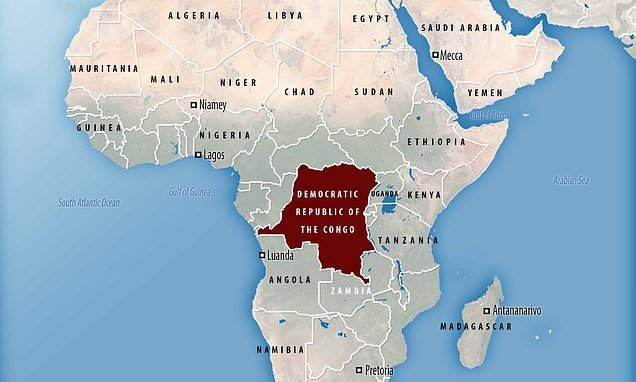 More than 400 people have now died from an outbreak of Ebola in the Democratic Republic of Congo, according to the latest death toll.

Health authorities in the African nation also revealed there have been 658 cases of the killer virus since the epidemic began last August.

The figures come amid fears the outbreak in the DRC could get even worse because of political instability following a presidential election.

Aid workers on the ground have warned the outbreak of the virus – one of the most lethal known to science – is expected to rage on until the middle of the year. 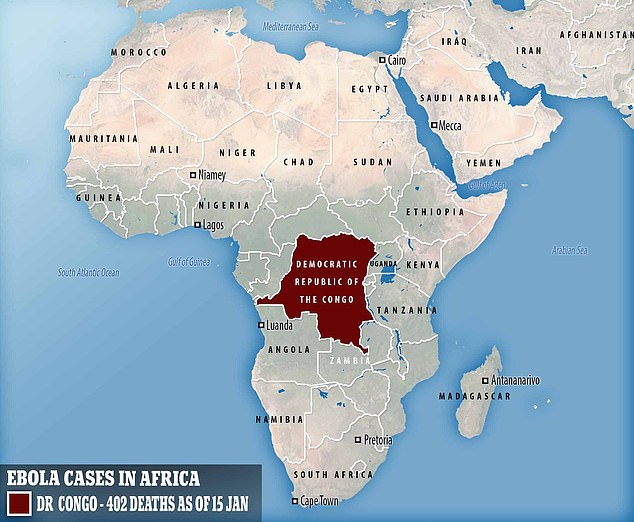 A bulletin posted yesterday by the Health Ministry in the DRC stated there have been 609 confirmed Ebola cases so far. Another 49 are under investigation.

The outbreak has so far struck hardest in the eastern provinces of North Kivu and Ituri – which border South Sudan, Uganda and Rwanda. It has yet to spread further.

Officials revealed the number of cases of the lethal virus in Beni, a city home to around 230,000 people, is falling.

The ministry has not reported any new cases this week in the city, situated in a region caught up in violence blamed on Islamist rebels from Uganda.

Armed rebels have attacked, kidnapped and killed medical staff trying to combat the outbreak and equipment has been destroyed, making it difficult to help victims. 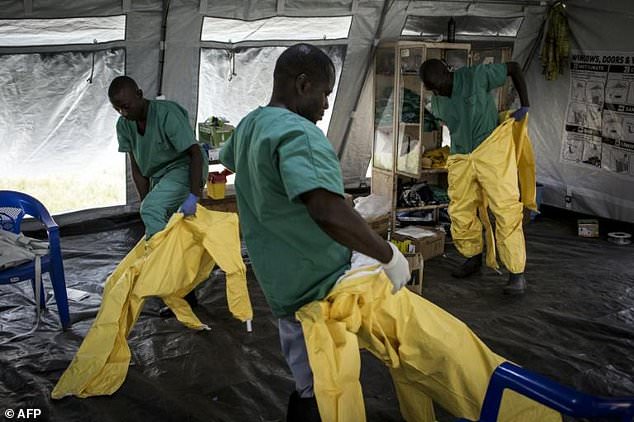 A team of medical workers are seen putting on their Personal Protective Equipment (PPE) ahead of entering an Ebola Treatment Centre run by The Alliance for International Medical Action (ALIMA) on August 11, 2018 in Beni, northeastern DRC 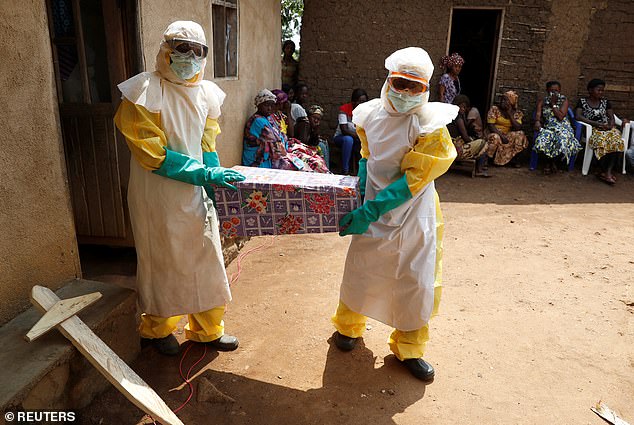 At least 361 people are believed to have died in the ongoing Ebola outbreak in the Democratic Republic of the Congo – an unusual number of children were dying of the virus last autumn, when experts realised they were contracting it when visiting medical centres 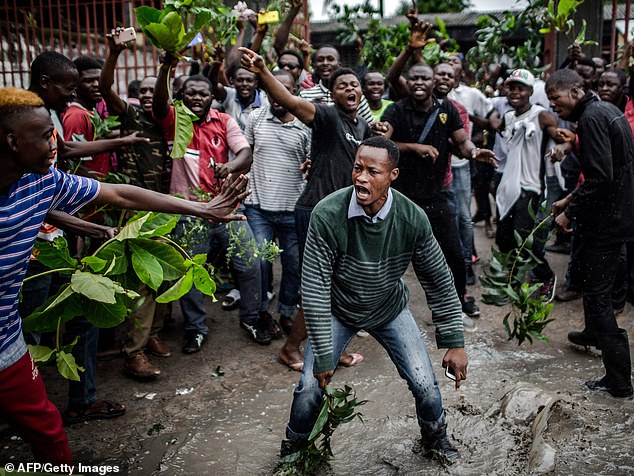 A presidential election in December caused protests across the Democratic Republic of the Congo (pictured, protestors in Kinshasa, the country’s capital). In the north-east province of North Kivu, where the Ebola outbreak is raging, people have fled to Uganda to escape violence 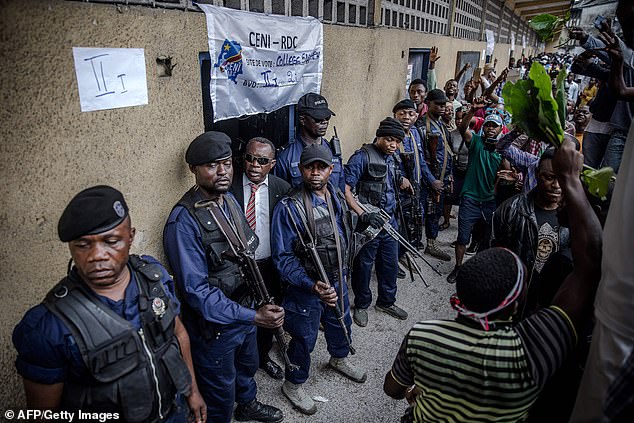 Unrest and violence has made the current Ebola outbreak difficult to control because people have attacked and kidnapped health workers and others have fled their homes, making it hard to track the spread of the virus (pictured, police officers guard a polling station in the capital of Kinshasa, which has so far remained untouched by Ebola)

The breakout is the second largest in history, after the 2014 West Africa Ebola epidemic that lasted for two years, infecting 28,000 and killing more than 11,300.

As well as fears Ebola will spread into other regions of DRC, the neighbouring countries of Uganda and South Sudan are on high alert.

Health workers in those countries have been given vaccines against the virus to try and prevent it spreading via people who travel across the borders.

Ebola can be transmitted between humans through blood and other bodily fluids of people who have been infected, and by touching infected surfaces.

Tensions have been high in the DRC because of a presidential election which was supposed to mark end of a chaotic 18 years of ruling by Joseph Kabila.

The government cancelled the election in some regions because of insecurity.

In response, protestors attacked an Ebola treatment centre which contained patients thought to have been infected.

Politician Felix Tshisekedi was unexpectedly declared the election winner,  leading to claims of fraud and calls for a recount from his main rival.

The new outbreak is the DRC’s ninth since the discovery of Ebola in the country in 1976.

Health experts credit an awareness of the disease among the population and local medical staff’s experience treating for past successes containing its spread.

DRC’s vast, remote geography also gives it an advantage, as outbreaks are often localised and relatively easy to isolate.