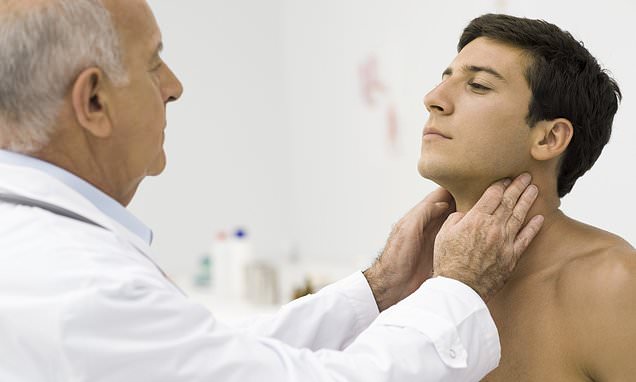 DR ELLIE CANNON: Why is my food so hard to swallow?

For the past month, my food has been struggling to go down, and I’ve had a pain like severe indigestion. More recently, I’ve been getting stomach cramps too. Are the two linked?

The medical term for swallowing difficulties, or when your food feels like it’s stuck in the throat or chest, is dysphagia. Sometimes the food really is stuck, or else it feels that way because the oesophagus is irritated. These symptoms often affect the gut, causing cramps and stomach pains too.

In young people, dysphagia is rarely a sign of anything serious, but could be an issue with the oesophagus. A reflux of stomach acid is a common cause.

Stomach acid irritates the lining of the oesophagus, causing a feeling of heaviness and difficulty in swallowing. 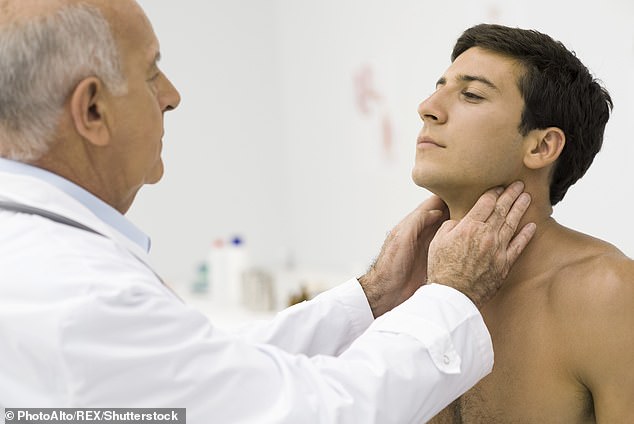 The medical term for swallowing difficulties, or when your food feels like it’s stuck in the throat or chest, is dysphagia (stock image)

Having an allergy is another cause of irritation, which doctors call eosinophilic oesophagitis.

In older people whose symptoms have persisted for at least a month, it could be a sign of a tumour or serious nerve or muscle conditions such as MS.

Alternatively, it could be a condition called achalasia, where the oesophagus becomes too tight, blocking the movement of food. To find out, doctors perform a scan called an endoscopy, which involves a camera being threaded down the throat and into the oesophagus.

Antacid medications may help in the meantime.

Palin will be sailing in no time 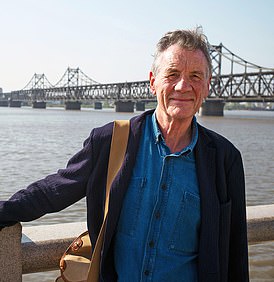 Michael Palin, above, is to have surgery to repair a heart valve

Monty Python star Michael Palin, above, is to have surgery to repair a heart valve – but he shouldn’t be too worried. Leaky valves are surprisingly common, affecting up to one in 20 people. Some people do not require any treatment, but surgery can be necessary if the condition causes chest pains, tiredness and dizziness. These symptoms occur as the blood is not all flowing in the right direction.

Repair work is no small undertaking – it usually means open-heart surgery. But Palin, who is famous for his travel documentaries, can expect to be up and about after a day and be exploring the world again within a couple of months.

I was diagnosed with the lung condition emphysema 20 years ago and it has slowly got worse. Last week, a nurse told me it was caused by a genetic issue called alpha1. What is it and should my family be screened?

Emphysema is a chronic lung disease that affects sufferers’ ability to breathe. It is common in smokers, along with another condition called chronic bronchitis. Both of these fall under the umbrella of what is known as chronic obstructive pulmonary disease, or COPD.

But about one person in 100 will develop either of these conditions due to an underlying genetic condition. Called alpha1 antitrypsin deficiency, it is inherited from your parents and causes a depletion of one of the body’s lung-protecting proteins.

If a smoker has the genetic condition, it can cause their COPD to be much more severe. In non-smokers, it brings on COPD when we would not expect to see it.

We think about 25,000 people in the UK have the genetic condition, but many more are not aware they have it because not everyone develops problems. However, most people with alpha1 antitrypsin deficiency are more susceptible to pollution, smoking, passive smoking and dust particles.

As well as emphysema, people with the condition can also develop another type of lung damage called bronchiectasis.

If one family member has the condition, it’s worth screening other relatives via a simple blood test. Even if they don’t have the disease, they may well be carriers of the faulty gene, so they could pass it on.

The test will also avoid misdiagnosis if lung problems develop later in life.

Bell-ringing on cancer wards is a relatively new idea, to mark the end of treatment. But some patients want it scrapped as it’s a ‘kick in the teeth’ to those who are still suffering. I see their point. Cancer treatment is a mental, emotional and physical trauma like no other, and getting through it deserves to be celebrated – but not with a bell that can be heard by those for whom there isn’t a cure.

I was a big supporter of high-street genetic testing when it arrived in the UK. The chance to unlock your own DNA and find out about your heritage as well as traits that you carry, such as a sensitivity to coffee, is fun and empowering. But a darker side is now emerging.

These tests can also reveal genes that put us at risk of fatal, often incurable diseases – and are not proving to have the accuracy people would expect. There are now cases of results that have led to false reassurance and false diagnoses.

My advice is to use them to find out where your family originates from, but not to determine your health risks.