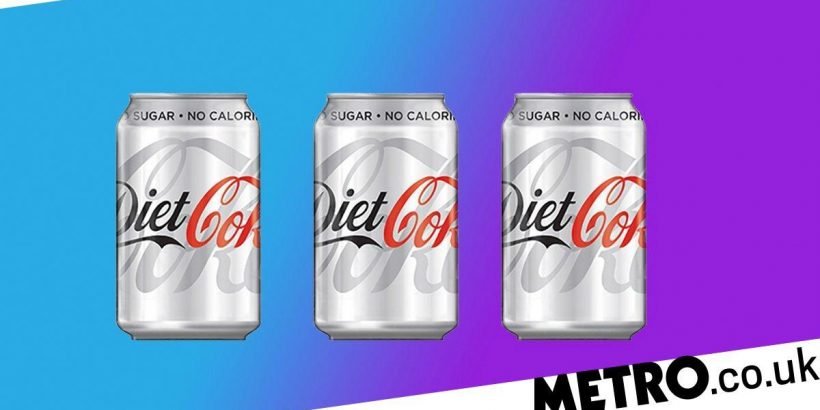 If you’re keeping a close eye on your weight, drinking diet drinks should probably be the first thing to go.

According to a new study, children who drink diet drinks consume around 200 extra calories elsewhere in their diets and more added sugar in other food and drink.

The sugar-free alternatives are meant to be healthier, but the children who drank them actually just ended up eating more to compensate.

The study looked at the diets of more than 7,000 children in the US and found only those who mostly drank water consumed fewer calories.

A 10-year-old child should need only around 2,000 calories per day, so regularly adding an additional 200 calories could take up a large proportion of their daily allowance.

Children drinking mainly sugary drinks took in an extra 312 calories, while those who drank both diet and full-sugar added 450 calories per day.

It is thought that people who drink sugar-free drinks may feel more hungry afterwards because the drinks don’t contain any calories.

According to research by Johns Hopkins University in 2014, people’s brains expect the energy that they would get from a full-sugar drink – and when they don’t get it, it leads them to crave those calories from a different source.

This could lead to them eating more over the course of the day to fill the void left by the calorie-free drink.

As a healthier alternative, the experts suggest that children could have sparkling water mixed with 100% fruit juice and a handful of pieces of fresh fruit.

MORE: Tinder is launching a festival feature so you can find love among the mud