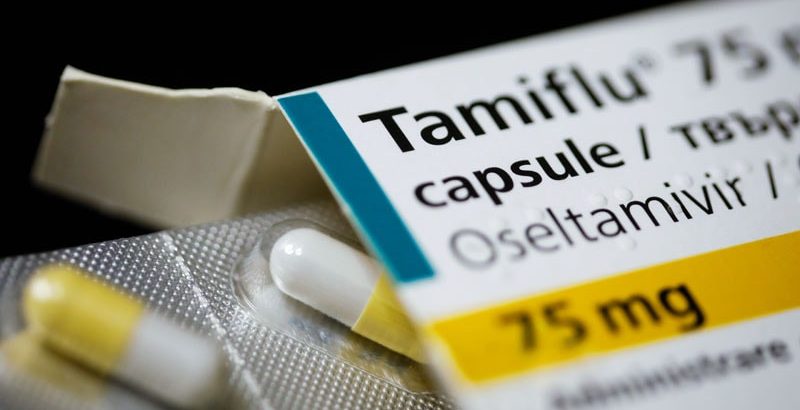 Early initiation of the antiviral oseltamivir (Tamiflu) reduces the risk for death in patients hospitalized with community-acquired pneumonia (CAP) but patients have to be tested for influenza first and that is not happening often enough, a large observational cohort of adult patients indicates.

“Even during the flu season, most patients with CAP in our study went untested for influenza [even though] those who received early oseltamivir exhibited lower 14-day in-hospital case fatality…suggesting more widespread testing might improve patient outcomes,” the authors added.

The study was published online February 5 in the journal CHEST.

Data from the Premier Database — a hospital discharge database with information from over 600 hospitals in the United States — were analyzed between July 2010 and June 2015. Microbiological laboratory data was provided by 179 hospitals. “For each year, we evaluated the total percentage of patients tested for influenza A/B within 3 days of hospitalization,” lead author Abhishek Deshpande, MD, PhD, Cleveland Clinic, and colleagues explain.

A total of 166,268 patients with CAP were included in the study, among which only about one quarter were tested for influenza. Some 11.5% tested positive for the flu, the authors note. Testing did increase from 15.4% in 2010 to 35.6% in 2015 and it was higher at close to 29% during the influenza season compared with only about 8% during the summer months.

“Both groups had similar illness severities on admission,” the authors observe, “but patients who were tested were less likely to die in the hospital within 14 days,” the authors reported — at 6.7% vs 10.9% for untested patients (P < .001).

More than 80% of patients who tested positive for influenza received an antibacterial on day 1 of their admission compared with virtually all those who were either not tested or who tested negative, investigators add (P < .001).  The mean duration of antibacterial therapy among patients with a bacterial co-infection was not influenced by influenza test results.

However, among those who tested positive for influenza, almost 60% received oseltamivir on day 1 whereas roughly 30% received treatment on day 2 or later. In fact, almost all patients who received early oseltamivir were tested for influenza on day 1, investigators point out. Patients who received early oseltamivir had a 25% lower risk of death within the first 14 days in hospital at an adjusted odds ratio (aOR) of 0.75 (95% CI, 0.59 – 0.96), the researchers reported.

Early use of antiviral therapy also reduced both the length of hospital stay and the cost of that stay by 12%.

As Deshpande noted, the American Thoracic Society and the Infectious Diseases Society of America (ATS-IDSA) guidelines recommend testing and empiric treatment of influenza in patients hospitalized with CAP. “Testing more inpatients especially during the flu season can reduce other diagnostic testing and improve antimicrobial stewardship,” Deshpande noted in an email.

Thus, while the rate of testing for influenza did increase over the 5-year study interval, “there is substantial room for improvement,” he added, as a positive test clearly does trigger the need for intervention. As Deshpande also noted, the past two influenza seasons have been mild, but influenza activity has again picked up lately again in many parts of the US.

With the COVID-19 pandemic overwhelming influenza over the past few years, “differentiating between the two based on symptoms alone can be challenging,” he acknowledged, “and clinicians will need to test and treat accordingly.” This is particularly important given that this study clearly indicates that early treatment with an antiviral can lower the risk of short-term mortality in hospitalized CAP patients, Deshpande emphasized.

One limitation of the study was the lack of data on time of symptom onset, which may be an important confounder of the effect of oseltamivir on outcomes, the authors point out. Asked to comment on the findings, Barbara Jones, MD, University of Utah Health, Salt Lake City, noted that timely antivirals for patients with influenza are highly effective at mitigating severe disease and are thus strongly recommended by practice guidelines.

“However,” she added, “it is hard for clinicians to keep influenza on the radar and change testing and treatment approaches according to the season and prevalence [of influenza infections],” she told Medscape Medical News in an email. “This is an important study that highlights this challenge.”

“We need a better understanding of the solutions that have been effective at improving influenza recognition and treatment, possibly by studying facilities that perform well at this process,” she said.

Deshpande reported receiving research funding to his institution from The Clorox Company and consultant fees from Merck.