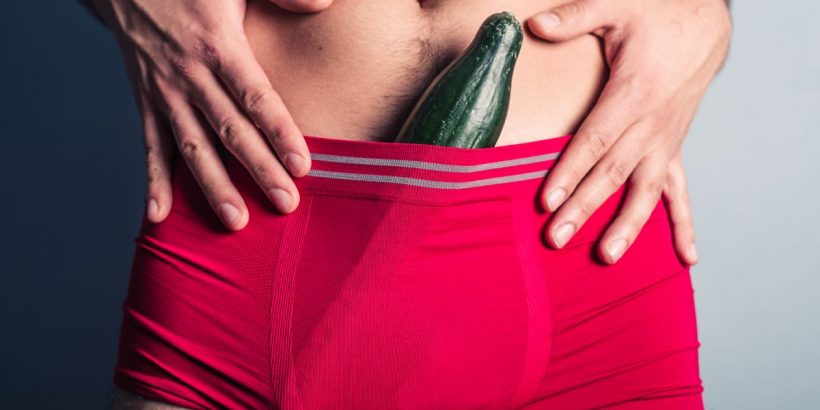 A study has found an almost 500% rise in the frequency and length of time a man's erection lasted after eating a vegetarian meal before bed, compared to when he ate a meat-based meal.

The Game Changers, released on Netflix on October 16, is a documentary that delves into a professional athlete's diet by comparing those who seek their protein intake from meat and those that adopt a meat-free diet.

One study compared the effects meat has on erection length and strength throughout the night after eating a vegetarian meal compared to eating a high-quality meat meal.

Dr Aaron Spitz, a leading urologist, attached a two-ringed device to three American footballers as they slept which read the performance and frequency of their erections.

One ring sat at the base of the penis, while the other sat just behind the head.

In the clip, the three collegiate athletes underwent a two-day test.

For the first night, the three were given tacos for dinner containing high-quality meat such as organic pork, organic chicken or grass-fed beef.

Again, the same process applied and the men endured another night of the erection reading rings.

Mason saw almost a 9% increase in the girth of his erection, while the frequency and time they lasted rose by 303%.

Blake discovered he was 8% more erect, while his frequency had risen a whopping 477%.

For the final player, his results captured his erections rose 13% change, while the frequency lifted 312%.

He even discovered one of them lasted an hour.

During the end of the clip, Dr Spitz questioned the players on where they were going to take their dates on Valentine's day.

The quipped: "The veggie grill."

The leading urologist had previously said: "When I think of a manly man, I think of strength, endurance, sexual prowess and fertility.

"In fact, the more meat men eat the more quickly they lose their manly manhood."